This Community in Bengaluru will push you towards sustainable living

Sandeep Anirudhan decided to change the course of his life when the fragility of his own existence stared him in the face. “My father had been diagnosed with cancer and he passed away in my arms,” he remembers. Suddenly, painfully aware of the value of life, the Economics graduate from Bengaluru uprooted himself from Dubai where he had a high-paying job and decided to make the world a better place to live in.

In 2016, he set up the Aikyam Community for Sustainable Living, a community of like-minded people who volunteer to practice eco-friendly and a volunteer-driven activities within an urban setting. In 2016, they held their first event at Atta Galata called Earth Friendly choices where they collectively evaluated the way they had lived their lives from an ecological perspective. 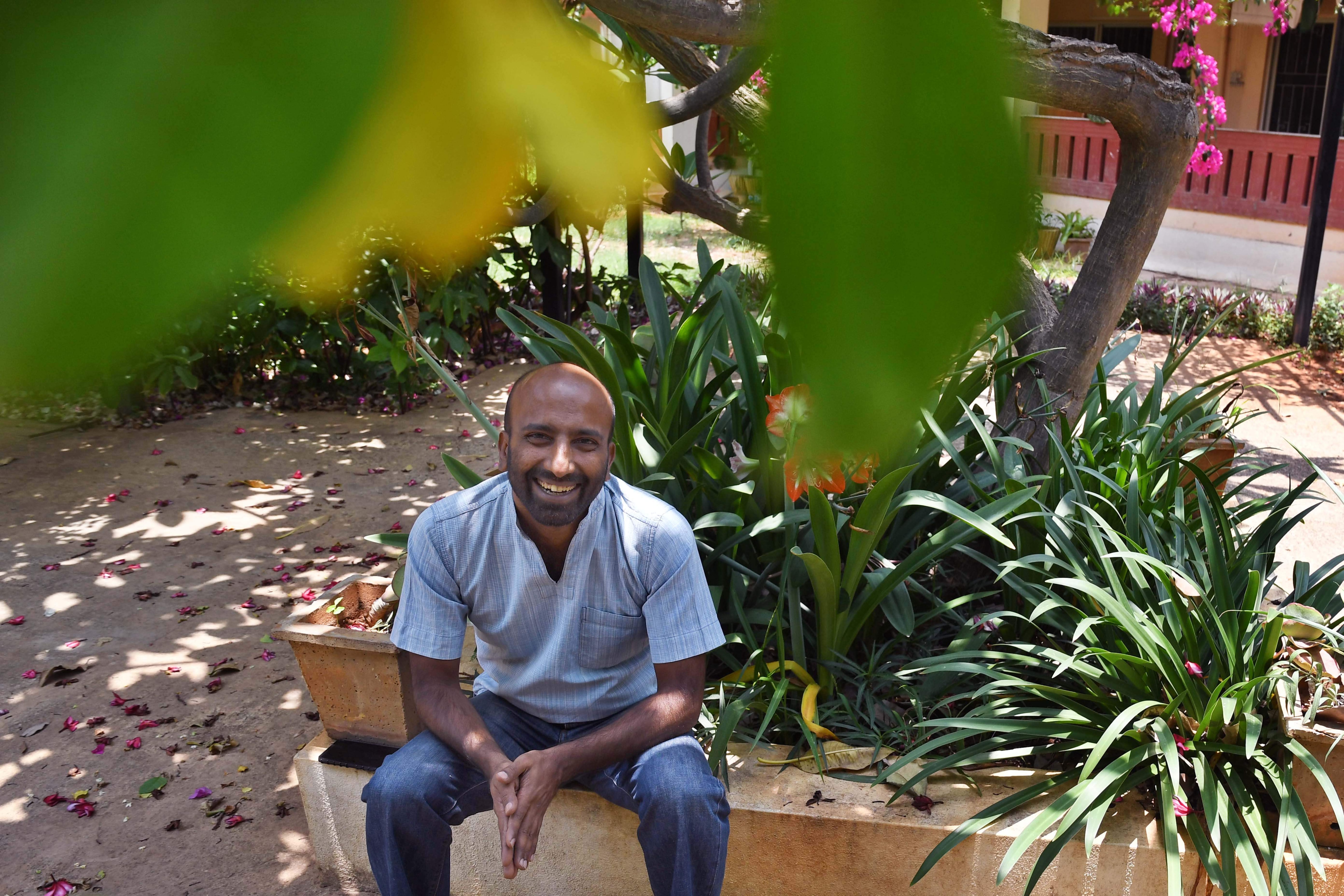 EARTH CHILD: Sandeep's idea was about embracing nature as it is

One with the world

The idea was to live as one with the earth. Sandeep elaborates, “Aikyam was based on my realisation around 4-5 years ago that there was no awareness in our daily lives about sustainability and our need for it as a planet and as a habitat.” After wracking his brain about what could actually be done, Sandeep realised that the change would need to come deeply within their own lifestyles.

“The flaws begin right from the education process. Children are not being taught about the things that matter so there’s very little you can do there except for some incremental stuff,” relates Sandeep. “So i looked for inspiration from unlikely places, something that’s missing in our modern lives: a proper community. I thought why not build a community where we can have open discussions and practise sustainable life choices?”

There is complete ignorance and failure from the schooling system to the media. We are only dealing with it on the surface, we really don't delve into or engage with the issues on a deeper level. This is really going to threaten our existence as a species. I just thought that we live in such an ignorant time and we tout ourselves to be the knowledge generation and as the most intelligent species on the planet. Awareness and action are the only solutions

Currently, the online community has more than 3000 active members. After creating a space for themselves on the internet, the group decided to transition to offline events. The events that followed included talks, discussions and group activities where experts in various fields came together to conduct session on sustainability in the form of storytelling sessions, awareness drives, food and lifestyle programmes, etc. In a nutshell, the group tries to promote sustainable living on an everyday basis.

Transact for nature
Within Aikyam, the basic and most important principle is to disrupt the system. Sandeep explains that a large chunk of it is a systematic fight against commercialisation and capitalism, saying, “A lot of what is wrong with the world today has to do with commerce, how we have lost ourselves and replaced ourselves with a market economy. People have become largely transactional, they don't identify with anything, they only buy things.” 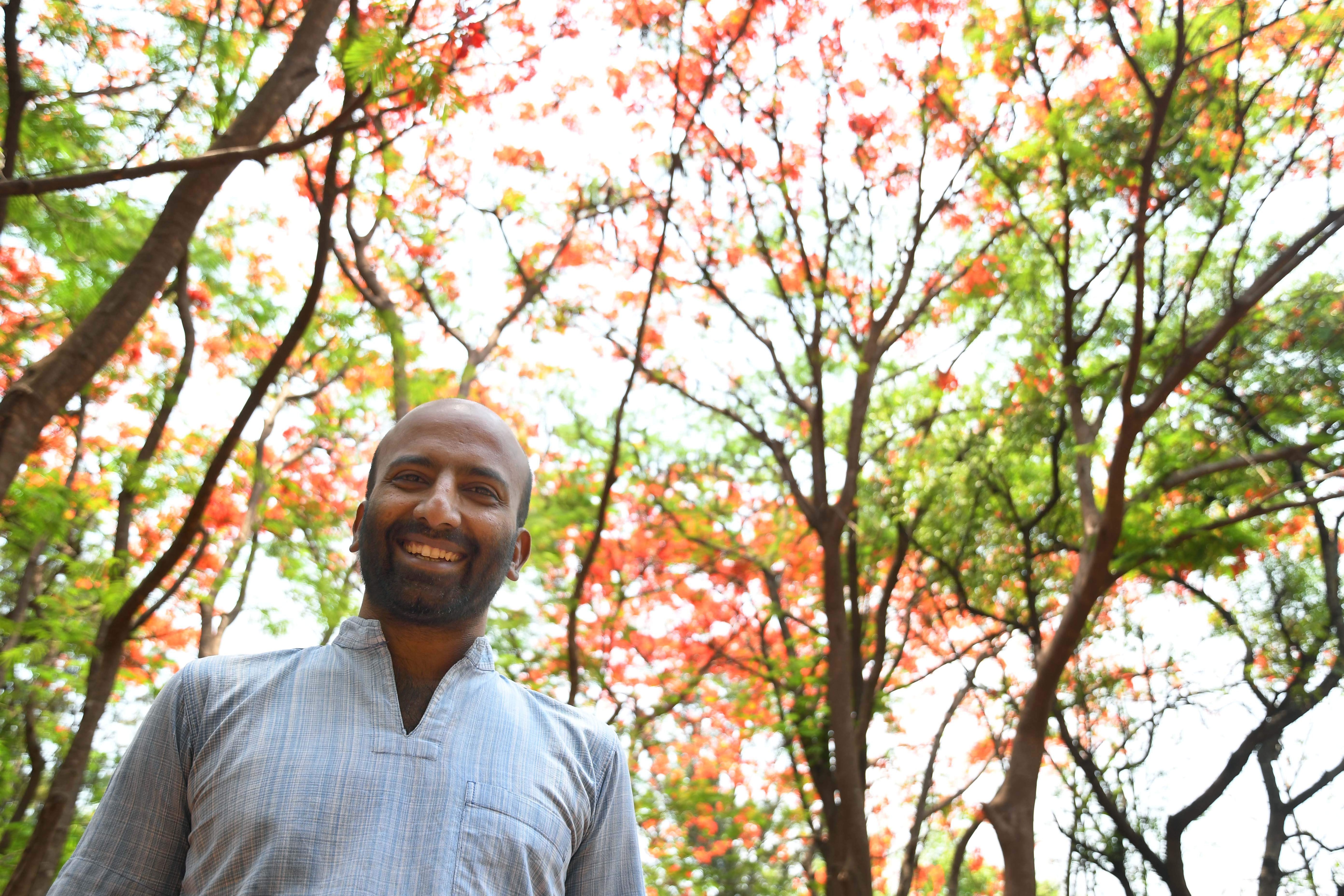 LEARN TO LIVE: At Aikyam, life is valued and prioritised

With this in mind, Sandeep and those who work with him have decided to run the community on very straightforwards ideologies. The first of which is to live on their own terms. “We don’t want to do the things that everyone else is doing,” says a fired up Sandeep. “Once we started to get to know each other and become a real community, we decided to continue to be one instead of setting up a separate organisation. We didn't want to live that corporate life which revolved around either having too much or too little. With this balance, we are actually content.”

“Everyone should spend some time in hospitals and watch people die,” says Sandeep, harking back to the central principle that has driven him thus far. He continues, “The reality of death had a lot of impact on what I decided to do later in life. For experiential growth, this is really important. The moment we start to value our own existence, we realise the importance of that, we realise that we don't want to spend five hours of our day stuck in traffic while there’s so much more we could do with our lives. People go through the motions every day, why not push ourselves to take a better path if there’s a way to do it.”