This youth group is cleaning Bengaluru up big time. Here's why

How many of us have raised our fists to the sky in anger as we spotted garbage lining the streets of our favourite city? For most of us, the struggle ends there. But Amith Amarnath chose to instead raise the standards of his generation to teach them to ask for more when it comes to taking care of the world around them.

At the age of 26, Amith is a practising advocate based in Bengaluru. As a true blue son of the garden city, he was unwilling to resign himself to the changes the city had succumbed to since 2014. He was not going to allow Bengaluru to be dubbed 'The city of garbage'. As a student at the time, he decided to set up Youth for Parivarthan along with his friend and now Vice President of the organisation, Anup Gangur. His brainchild is a voluntary organisation where the young and able pledge to work to save the environment instead of waiting for someone else to do the job. On June 3, 2014, the company was set up and running. 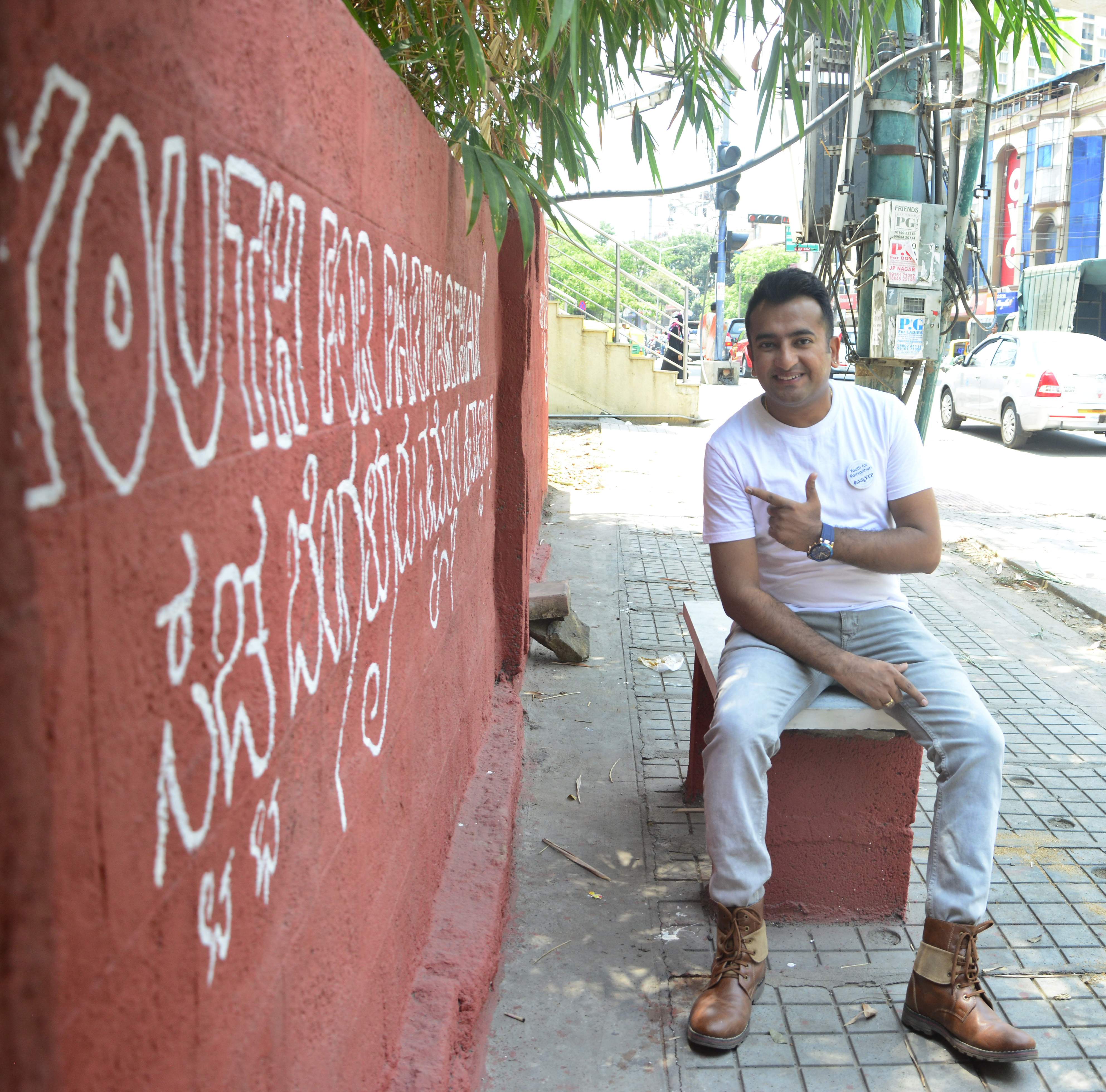 CLEAN UP: Amith began cleaning certain areas with the help of his friends

"We will be turning 5 years old this June," says Amith. He goes on, "I remember realising as a hot-blooded college student that the city that I had lived in my whole life had changed beyond recognition. Garbage had become a major issue in Bengaluru. And as time progresses, it is only continuing to get worse. Nowadays, the city has been dubbed the garbage city. And we all know that this is true. Now, as a native Bangalore boy, it is very difficult for me to accept this kind of criticism about my city. But I couldn't turn a blind eye to this reality that was right in front of me either."

That call to action

Amith remembers the day he decided that he did not want to be a bystander in the war between Bengaluru and pollution. He says, "There was a small play area near my house, a park of sorts. Children couldn't even access this park because it was in such a bad shape with garbage, food waste and dirt. The corporation wasn't doing anything about it and I didn't find any ordinary people taking the initiative to clean it up either. I spent time cursing the people and circumstances around me before realising that I could be the one to make that change that I desperately wanted. So I cleaned it up with a few of my friends. The sort of satisfaction that gave us was enough to confirm our intentions. There has been no looking back since."

I remember realising as a hot-blooded college student that the city that I had lived in my whole life had changed beyond recognition. Garbage had become a major issue in Bengaluru. And as time progresses, it is only continuing to get worse

Following this revelation, Amith and his friends went on to lend their magic hands to a number of areas in the city. They began to partner with the Bruhat Bengaluru Mahanagara Palike (BBMP) to identify areas that needed their help. The team began to introduce Parivarthan Drives across the city where they would transform entire areas by installing waste baskets, painting worn-out walls and building everything from small walkways to benches. They even worked with private companies to install CCTV cameras in certain areas to ensure that an eye watched over the city. 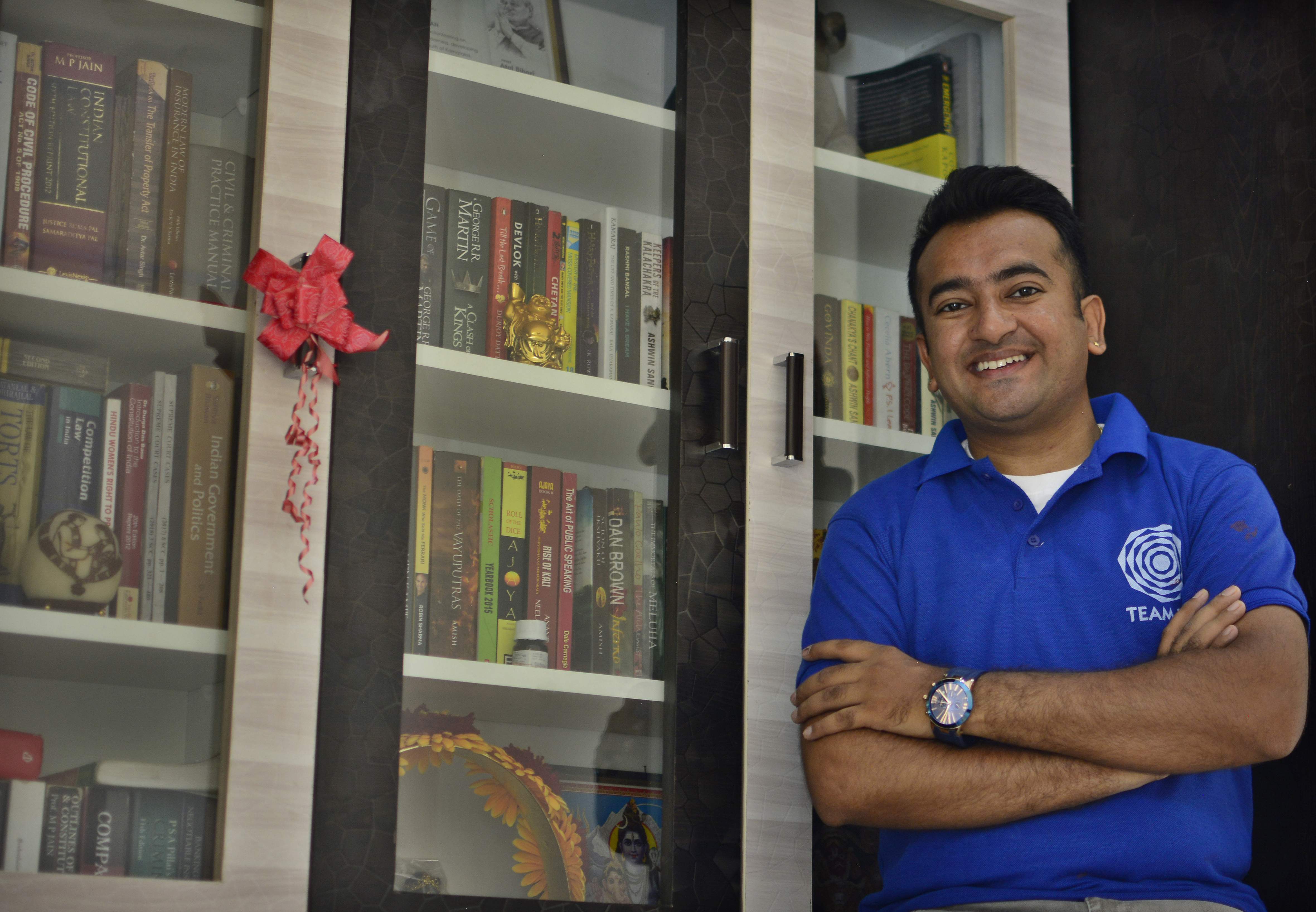 AGE NO BAR: People can volunteer with the organisation regardless of their age

The trick was to get more people involved in the whole process, Amith says, "Everyone complains and has a million ideas about how we can deal with our garbage problem but no one actually bothers to actually do something about it. The idea was that young people have the most to offer when it comes to real groundwork. If we really needed to make a difference, the most important step was to come together and work as a team." But make no mistake!

Age is no bar for this mission for Parivarthan. Youth to them seems to mean a group of committed social workers with enough of a fire in their belly to make a lasting difference to the world around them. How many of us would fit the bill?