Trail of the Tiger: Why Imran Siddiqui is determined to save every tiger in India

You know how as kids we are all so excitable? Especially at the prospect of visiting a park or just looking at animals in complete awe. Today, the difference between all of us and Imran Siddiqui is that, somewhere along the way, our fascination towards flora and fauna faded while Siddiqui's wonder has only grown from strength to strength. "I just never let go of it," says the 39-year-old. And that probably is his biggest strength, never letting go. When he was unable to find any organisations which worked for tigers at the state-level, he never let go of his passion for conservation and co-founded Hyderabad Tiger Conservation Society (HyTiCoS) in 2001. Struggling for eight years for the deceleration of Kawal Tiger Reserve, Telangana and yet, never letting go of the hope that one day, it would be a reality. Relentlessly trying to work with the governments of both the Telugu-speaking states and never letting go of the belief that conservation will be their priority. He kept at it, day and night, and never let go of hope. "Hope is important, one must never lose it," says the conservationist who often finds himself wishing that he was born a century or two earlier so that he could have appreciated, if not done more for the environment. But we feel otherwise. Siddiqui is more suited for today's era of environmental negligence because if it wasn't for him, would there be any hope for the tigers who call Telangana and Andhra Pradesh their home?

The very first tiger census that Siddiqui participated in was at the Eturnagaram Wildlife Sanctuary in Telangana. And as he stepped into the wilderness, it felt like a homecoming. "Wildlife and greenery was all around me and I felt like I need to conserve what I love," says the Hyderabadi. And though they found only one pug mark at the end, Siddiqui knew that his trail a lifelong one. 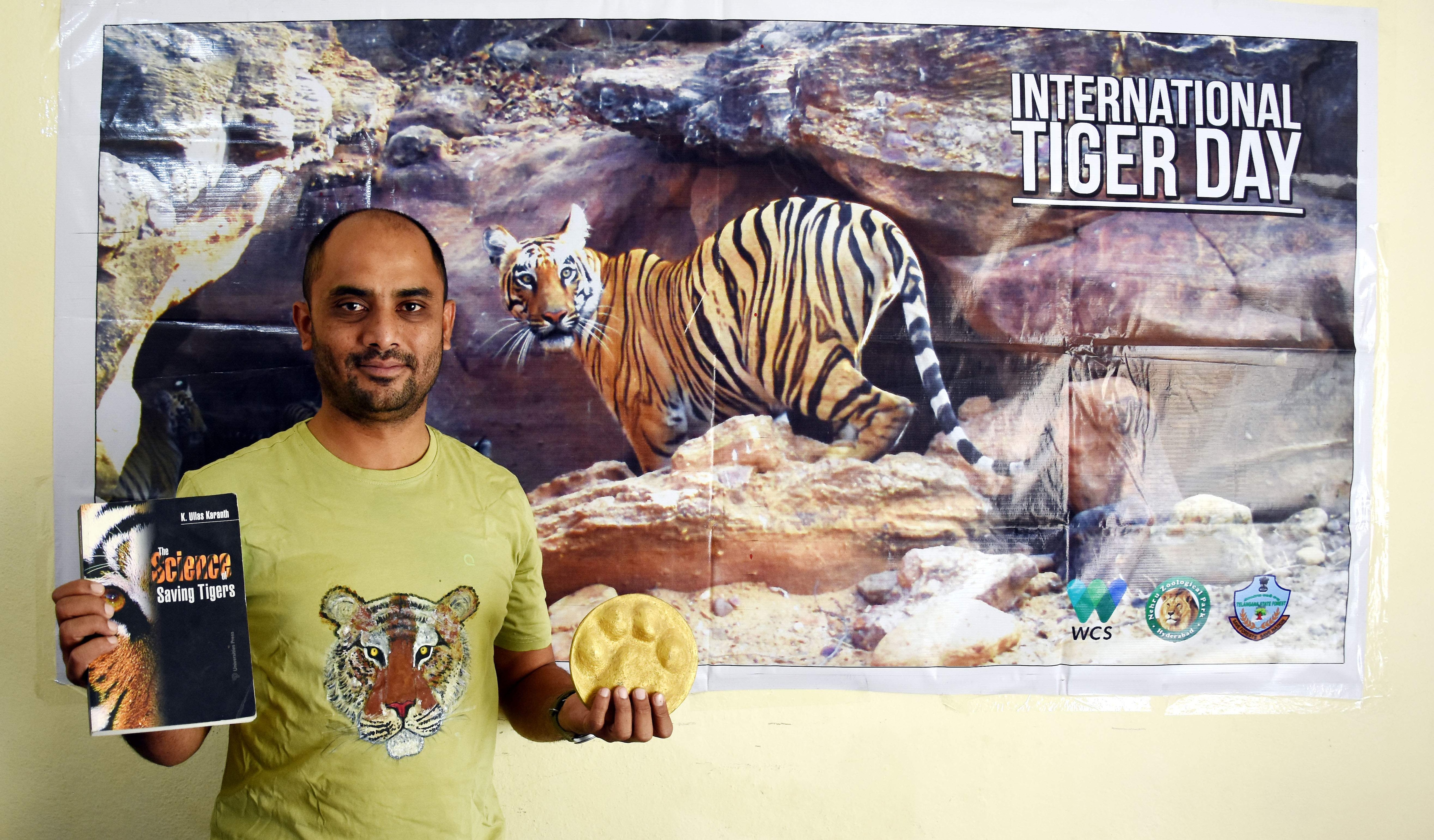 For tigers: Imran Siddiqui at his office | (Pic: RVK Rao)

Best known for his work towards the declaration of the Kawal Tiger Reserve and bringing Nagarjunsagar-Srisailam Tiger Reserve, which is spread over five districts, into the limelight, Siddiqui surveys 10,000 sq km of wilderness with the help of 35 field staff and 300 volunteers. All of his work has involved instances where he has worked with the government. Today, he is on the Telangana State Board for Wildlife. He even works as an external expert for tiger monitoring in both states. So, is this particular task as hard as we assume it is? "When we were United Andhra Pradesh, things were a little easier. Today, both the Telugu-speaking states have their own priorities. While Andhra Pradesh is still trying to establish itself, Telangana is busy with education and other development work," divulges Siddiqui and adds that, "Both the states have a poor history of conversation when compared to Maharashtra or Karnataka, conservation needs to be our priority too." Despite it all, he continues to work with the MPs, MLAs and others to create inroads. He strongly feels that development projects should be carried out while being mindful of the environment because, "Protected areas are engines of growth. They provide resources, control microclimate, get rains and so much more," points out Siddiqui who is the Assistant Director for Conservation Science at Wildlife Conservation Society-India. He strongly feels that a few groups of people who live in the depths of the forests are unknowingly depleting it. They are struggling inside and want to relocate, but are not able to. They need the government's attention. He also is of the view that protected areas need to be connected to each other for the mobility of animals.

After all the work Siddiqui has managed to accomplish, does he feel successful? "That I don't know, but satisfied? 100%. Everything is about conservation for me and ensuring that animals are provided with a safe haven," he shares humbly.

For over 19 years, Siddiqui has been working for this cause. He is also working as a senior biologist at Wildlife Conservation Society - India

One of the most winsome things about Siddiqui, who recently received the prestigious Sanctuary Wildlife Service Award, is that even today, he plans and looks forward to field trips. His next one is planned to Kadapa, Nandyal, Papikonda and other places. It is between the trips that work like report writing, taking stock of what's happening and meetings, happen. And he has decided to dedicate his life to such field trips and towards working for a more hopeful tomorrow.

- Firstly, acknowledge that global warming is real and start worrying about it. The cheapest way to counter this is by conserving forests
- Everyone is a great resource themselves, be an agent of change and make use of your skills. For example, stop using plastic
- Support Siddiqui by becoming a member of his society or simply volunteer with him