Time's up for cotton, this summer wear bamboo - it's softer and biodegradable!

This start-up makes clothes out of bamboo and people are loving it. Here's how  they make their clothes special

And summer is here! As you look for new ways to keep yourself cool and comfortable — trying everything from eating salads, and wearing palazzos to drinking a few extra litres of cold water — we have an even better solution: switch to bamboo fabric! Before you frown, we aren’t asking you to dress up like a cave man. These clothes look like your normal cotton clothes, but they’re way softer, more comfortable and absorbs sweat better, making sure that it doesn’t stink. We’re not kidding. Don’t believe us? Ask a panda. Kidding! Ask Madhavi Das and Aiyappa Somyanda, who run Bamboo Tribe, a start-up that makes clothes out of bamboo fabric.

Did we forget to mention that these clothes are biodegradable? Yes nature lover, one more reason for you to love this fabric. We caught up with Madhavi, an ardent bamboo lover and she tells us the inspiration behind this out-of-the-box idea. “I’ve had an interest in the bamboo plant itself for many years now due to its immense benefits to the environment. It was through hobby-led research on bamboo that I found that its fibres can be used to spin textile yarns which I found intriguing. It is naturally moisture-wicking, anti-odour, hypoallergenic and thermo-regulating! I couldn’t believe it wasn’t being employed in a mass manner yet, given all of these natural attributes, which could mean that we could slowly and steadily replace polyester-based sportswear that is made from plastic. So I found a few online stores selling bamboo clothes and I knew I had to do something to bring bamboo clothes into the mainstream in India — especially given how hot and humid much of the country is,” she says. 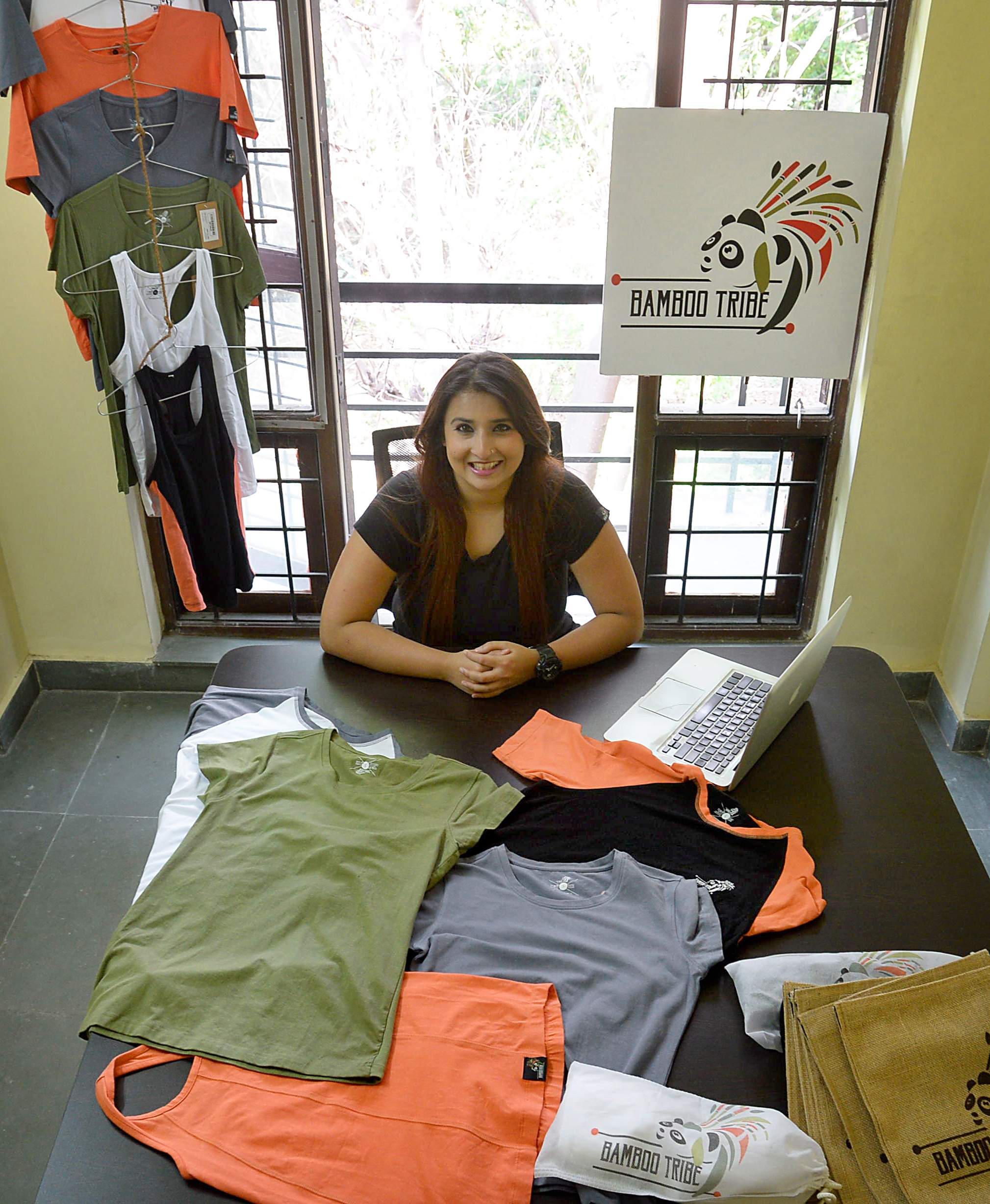 Bamboo clothing gives you the best of everything — the comfort and breathability of cotton, it’s hypoallergenic, so even those with sensitive skin can wear it hassle-free. It gives you a biodegradable option to polyester-based activewear

An IIM-K graduate, she pitched this idea to Aiyappa, who was her colleague and he was instantly on board. While Madhavi handles design, manufacturing and marketing, Aiyappa takes care of sales, operations and administration, but a two-member team surely has its own perks and drawbacks, Madhavi reflects. “It’s challenging that there is always so much to do and we know that there are so many more things that could be done, but we just have to let them lie for now. At the same time, it’s a blessing because decisions are so much quicker and there are no long drawn meetings and discussions — we just make a decision and run with it fast as we can.”

The journey in entrepreneurship for this 32-year-old was definitely thrilling, but there were a few setbacks too. “Making the decision to start with activewear as our launch category was easy due to the features of the fabric, so was getting onto the right sales channels, due to our backgrounds working in Indian e-commerce. But manufacturing has been a bit difficult given that the textile business in India is largely geared towards export,” says Madhavi.

The clothes are made with bamboo and cotton, which are fully biodegradable, absorbs moisture and kills foul-smelling bacteria. Also the clothes have no tags inside, for extra comfort

Initially, the idea of bamboo fabric sounded bizarre to people. While they expected something hard and coarse, they were completely mind-blown to see clothes softer than Egyptian cotton. But the ‘tribe’ is overwhelmed by the response they’ve been receiving, “We are still in our early days. We have had customers coming back for purchases. Some have even bought half a dozen of the same T-shirt because once they experience bamboo comfort, the rest of their wardrobe just doesn’t cut it anymore,” she says.
Looking forward, Madhavi has a few ideas in mind. “We aim to keep scaling up Bamboo Tribe — ramp up production and sales and work on building the brand. We want to promote cultivation and processing of the right strains of bamboo that have mainstream applications across multiple industries and make people aware of using bamboo as an alternative to less sustainable products,” she says.