Caremotto not only has staff who can save you from unnecessary tests, it can also get you surgical intervention without too much hassle

In his 12-year-long career as a doctor, Dr Niranjan Ravuri has worked at several hospitals — private and public — and has often seen patients ‘treatment shopping’. “Basically, it means patients visiting multiple hospitals solely to get additional consultations,” says the doctor, giving us the medical jargon for what we laymen call a ‘second opinion’. As a result, patients used to turn up at his doorstep with reports from four or five doctors. “Consultation comes at a cost and then there is the travel expense. They even lose out on time because of this,” he shares. So in March 2016, the doctor took it upon himself to make the process of getting a second opinion simpler.

But before beginning any project, one must understand their audience. Thus ensued Dr Ravuri’s pilot project where he distributed 30,000 flyers advertising their contact details in the areas of Kukatpally and Miyapur in Hyderabad. He got 25 calls, one of them was from as far away as Nalgonda, which is about 140 km from Miyapur. So without further ado, he started Caremotto, a simple website with a simple helpline number, 040-4646 5656, that one can dial whenever in need of consultation regarding surgeries at affordable costs. Caremotto will then proceed to make the surgery happen in hospitals they have partnered with. Thanks to a MoU with the crowdfunding platform Milaap, they can even help patients monetarily. 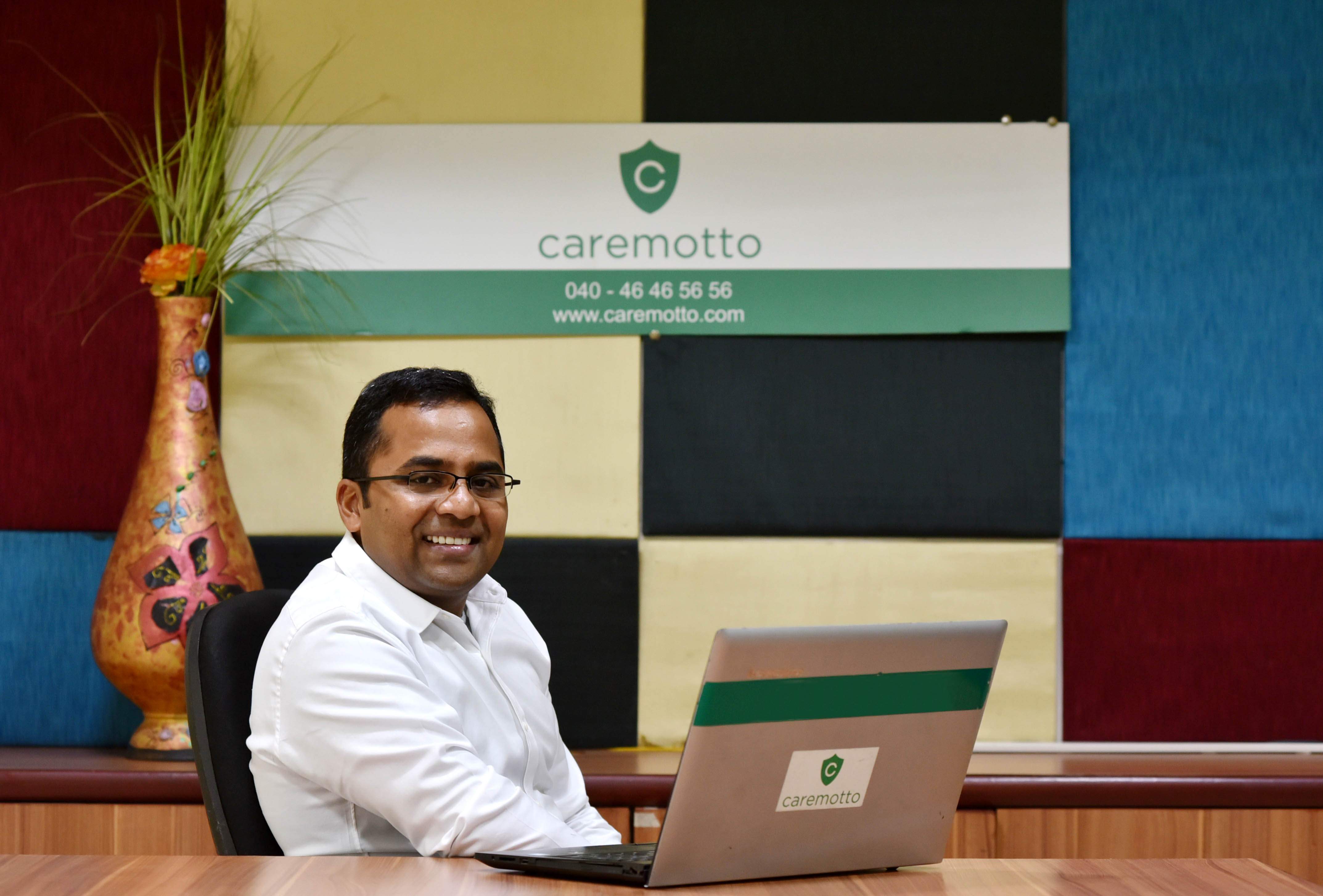 He cares: The founder of Caremotto, Dr Niranjan Ravuri

They even negotiate treatment fees on behalf of patients. “When we send 20 cases to one hospital, they are ready to bring down the cost, so that works out for all of us,” says 37-year-old Dr Ravuri, who has partnered with Star Hospital, MaxCure Hospitals, Global Hospital and more in Hyderabad for the same purpose. And while delivering treatment at an affordable cost is a challenge they are working towards constantly, another challenge the doctor faced was recruiting the right team. But he did manage to find 22 people, all of whom sit in their Banjara Hills office and answer calls on their helpline. These people have been rigorously trained by the doctor and his wife, Dr Niveditha Ravuri, in the very basics of detecting ailments and recommending treatments. And then there are also the Caremotto videos with acclaimed Telugu actor Tanikella Bharani, “who always encouraged us, even when we were low,” says Dr Ravuri, thanking investor Sanjay Jesrani in the same breath.

Remember the multitude of tests you are sometimes asked to take, without being told why you need to take them? In the near future, thanks to Caremotto, a short questionnaire should be able to tell you what tests you absolutely need. “Less than 8% of the people are insured and around 84% are under-insured. Because of this, almost eight million families become bankrupt,” reveals Dr Ravuri. So they intend to educate people about the importance of health insurance and personally pick policies that would benefit them, once their Insurance Marketing Firm (IMF) license comes through. Our aim with Caremotto is to not only arrange surgeries at affordable costs, but also offer second consultations through our helpline number so that the required healthcare is accessible to more and more people in the future

Of course, then there are the city expansion plans as Dr Ravuri says, “We want to expand into Bengaluru and Chennai by August,” adding that there are also plans to develop an application. When it comes to tech, eight engineers from IIIT Hyderabad are working on a wearable device prototype, Pinoty, that can predict chronic diseases after a questionnaire is answered, which he expects will be ready by August.

Speaking of healthcare, in conclusion, Dr Ravuri, who has been born and brought up in Hyderabad, says that with the limited resources when it comes to medical care in a country like India, “the healthcare model needs to be personalised, preventive and participatory. This is the only way forward,” he ends passionately.