Snakebites are common in India and due to a lack of knowledge in mitigating snake bites or even administering proper treatment on time, India has been declared the world's capital of snakebites (Yes! There is such a thing). These are the words of Spoorthi, a field herpetologist, when we ask why she's working to mitigate snake bite incidents in rural Karnataka. Born and brought up in Bengaluru, Spoorthi developed an interest to study reptiles at the age of 17.

A project manager at Haavu Mattu Naavu — a private entity that works towards mitigating snakebites, snakebite deaths and reducing conflict between humans and snakes in rural areas — she recalls, "I had been to Agumbe with my parents for a picnic. When I came across a beautiful green vine snake, I took it in my hand without any fear. That's how I developed an interest in snakes and a fascination for other reptiles like frogs, lizard and so on." 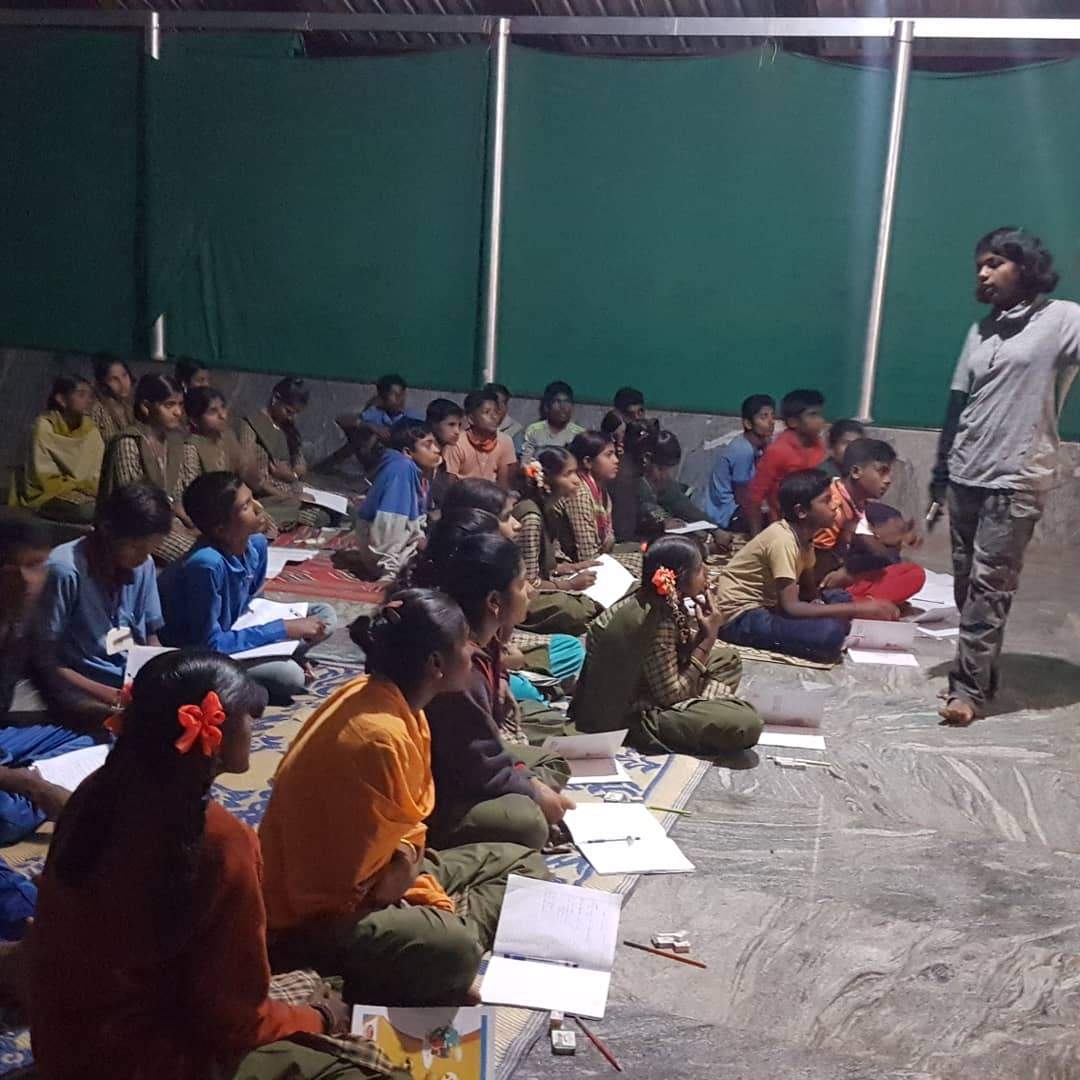 Back to the beginning
Soon after completing her graduation in Biotechnology from Christ University, Spoorthi started looking to work as a volunteer for projects related to snakes. However, when she was not able to find one, she applied for an internship at the Indian Insitute of Science to study and conserve different lizards. "I had already heard of Sanjeev Pednekar, who is the founder of Prani Pet Sanctuary and Haavu Mattu Naavu, who has worked extensively in creating awareness about snakes in India. I got in touch with him over Facebook and asked if there were any projects related to snakes. He told me then that he was planning a project called Haavu Mattu Naavu and that I could work on it," she explains.

She continues, "This project is inspired by another of Sanjeev's projects called Living with Snakes, which ran for more than a year in collaboration with Madras Crocodile Bank Trust and Centre for Herpetology. He travelled across India and took suggestions from different people on what content has to be included while creating awareness and how it can be made creative and fun to teach about the same. Finally, in June 2019, we launched Haavu Mattu Naavu project and I was the only person to be part of this project." Prevention is better than cure
So what exactly does Spoorthi do in this project? This 21-year-old explains, "What we do as a group is very interesting. Our target audience is farmers, children and anyone in the community including doctors and other professionals. According to our survey, it is mostly people in the 15 to 29 years age group who are bitten by snakes and usually these incidents take place in rural areas. Farmers or labourers who work in fields become a target to the snakebites. After the snake bites, either the person dies due to lack of knowledge about the treatment or the person becomes physically handicap."

Hence, at the Haavu Mattu Naavu project, what Spoorthi and her group work towards is mitigating these snakebites. She says, "While most of the herpetologists teach the first aid that has to be done after a snake bites, we tell people how they need to safeguard themselves and prevent snakes from entering the premises. And we do this using  different methods, based on their age. In case of farmers, we have a panorama which looks exactly like a village set-up and we carry toy snakes with us. During the awareness camp, we ask farmers to stick these toy snakes in places where they think snakes enter their house. After this, we tell them the different steps that they need to take. 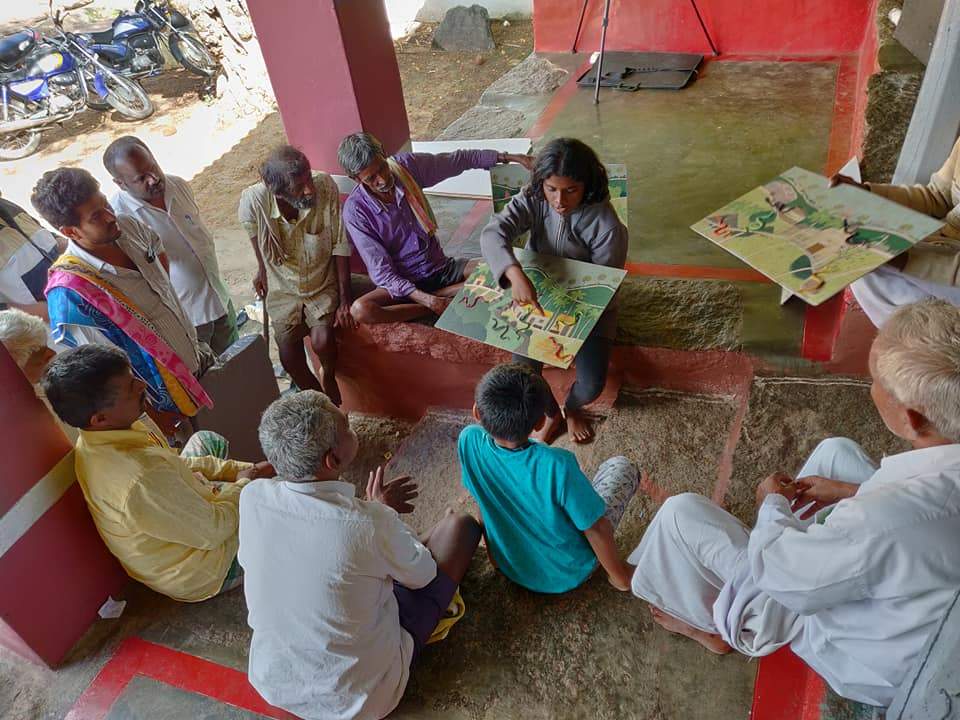 She adds, "Similarly, for children, we have a story box using which we explain ways to mitigate snakebites or prevent snakes from entering their house or their school." But the camp doesn't stop here, the next step is to teach them what first aid needs to be given during a snakebite incident. "We explain the first aid using placards and show them through experiments," says Spoorthi who has already reached out to more than 5,000 schools and 7,000 farmers.

It's a snakey world
Spoorthi tells us some interesting facts about the snakes found in India. "Not all the snakes found are poisonous and cause death. Only four big snakes — Russell's viper, cobra, saw-scaled viper and common krait — are poisonous. Like, the common krait is most active at night. Another misconception that people have is that tying a cloth at the time of a snakebite doesn't allow the poison to spread throughout the body. In case of the Russell's viper, if the snakebite is not treated properly, that part of the body starts rotting. As a result of this, the doctor suggests amputation. Most of our workshops include teaching all these facts to people." Let's keep it going
Recently, Spoorthi and her team at Haavu Mattu Naavu had applied for a grant at the Global Snakebite Initiative that will help them continue the project they have taken up. The Global Snakebite Initiative selects 20 different projects to allocate grants to and Spoorthi's project was one of them. While she got the grant early this year, she couldn't do the field visits due to the lockdown. Now that the lockdown rules have eased off, she plans to visit villages in 20 different districts of Karnataka. Spoorthi says, "We will be spending one week in every district to create awareness among people. Like always, we will not only create awareness among farmers but we hope to visit schools to educate kids too. This year, we plan to also run a few documentaries on snakebites and so on."