What does it mean to be asexual? Meghna Mehra, a Delhi University student explains it to us. She also talks about the bizarre things she's heard about it

You must be Lord Hanuman's rebirth. He was a celibate too, a friend once told Meghna Mehra. She struggles to control her laughter when she recalled this instance. Even though she decided to laugh it off, she uses the example to paint a picture of how people confuse asexuality with celibacy. "The latter is a choice, while the former isn't. It is a sexual orientation," she says.

Meghna is a 23-year-old MA Political Science student at the University of Delhi. She is also the first openly asexual student leader in the country. Clearing the air on what asexuality is, she says, "Asexual people are those who do not feel any sexual attraction to any gender or sex. Even among them, there are gray asexuals (those who experience sexual desires rarely) and demisexuals (those who only experience sexual attraction after making a strong emotional connection with a specific person). Anyone with any gender identity can be an asexual, contrary to the popular perception that only heteroromantic asexuals exist, Asexuality itself is a wide spectrum that consists of homoromantic, panromantic, biromantic and many others. Trans people could be asexual too." For the longest time, Meghna did not realise what her sexual orientation was. She remembers dating people and not being attracted to them sexually. "I was romantically attracted, I found people aesthetically pleasing, but I just wasn't interested in having sex with them," she says. Initially, she did dismiss it, thinking of herself as a late bloomer. Years passed and it was only in the second year of college did she hear the term, Asexual. "That's when I realised that the A in LGBTQIA+ stands for asexual, aromantic and agender and not 'ally'. I was curious and started reading more about it," she says.

That was when, to her relief, she found out that there are more people like her. "It took me eight years of struggle and abuse to come in terms with what I am. I was abused by my partners. Patriarchy in a relationship dictates that women have intercourse with their partners. The notion of masculinity affects everyone negatively," she says.


Of all the comments and solutions, this one takes the cake! When she told a cousin that she does not have any sexual desires, he asked Meghna to get married and that everything will be alright after that. "Looks like that's a solution for all problems," she says, sarcastically. "By the way, asexuals are not anti-marriage," she laughs, clarifying.

Coincidentally, Meghna's first book is titled Marriage of convenience. Without revealing a lot of spoilers, she gives us a premise about it. " My book is about this popular notion in our society about how homosexual men must marry heterosexual women to stay in the closet. Sometimes you see people in homosexual groups and then later see their pictures with their wives. This book is focussing on a homosexual man, who consensually married a heterosexual woman," she says. "Our society is very patriarchal. Maybe its the impact of patriarchy, that men thin that they can mistreat women, invade their space and spoil their lives. A lot of homosexual individuals are also forced to marry heterosexual people forcefully too. They are even subject to practices like conversation therapy," she says. Meghna is now almost done authoring her second book titled, 'The ghost from a revolutionary past', which talks about a ghost who visits a girl and leads her to Marxism. 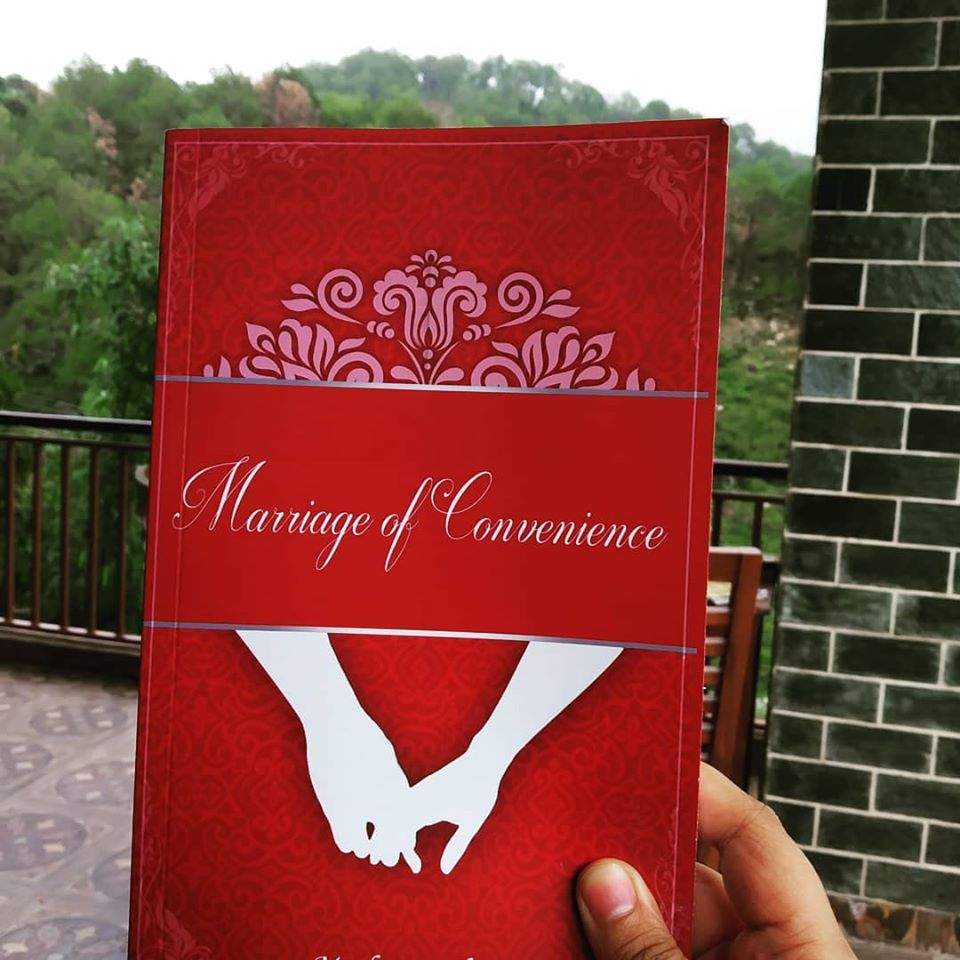 While we wondered if we have ever come across books or other works of fiction about asexual people, Meghna asked us to read her first book. "A character here is asexual. I could not find a lot of asexual characters in fiction, so I thought of creating one myself," she says. Probably that could be why a major lot is still confused about the concept of asexuality. "The creators of the Archie comics later revealed that Jughead was asexual. Nickelodeon recently said that Spongebob was asexual. But they never focussed on their asexuality," she says.

As we had mentioned earlier, Meghna, apart from being an author, is an activist too. Formerly associated with the student political association AISA, a year and a half ago, she founded the All India Queer Organisation, which fights for the rights of queer people. "AIQA has around 200 members now. We're active in Delhi, Mumbai, Uttar Pradesh, Kolkata, Bihar, Jharkhand, Goa, Punjab and Telangana. We have taken up various initiatives to help the community. We launched a queer manifesto during the election of 2019, focussing on queer rights. We are currently running a fundraiser to help queer people who lost their jobs during the lockdown," she says.

This Pride Month, we're celebrating diversity in its truest, most leveling form by bringing to you stories of hope and great cheer from the LGBTQIA+ community from across India in our new series Matter of Pride. If you'd like to reach out to any of them or need help, reach out to us WhatsApp at +917358029990