The Thamizhachi Thangapandian Interview: People never come to me with tall demands

The first time MP and writer speaks about how life has changed, foregoing the simple pleasures that she could indulge in before politics happened and what her first time in Parliament has been like

Poetry and Parliament. When you're someone who spends most of your time with words and literature and are then drawn into the whirlwind that is parliamentary politics (and the election campaign that led up to it), then you'd get an idea about what South Chennai MP Thamizhachi Thangapandian's life is like. Excerpts from an interview:

You've lived in Neelankarai in South Chennai for almost 30 years. But ever since you've become an MP, you've been intervening in a lot of things — right from the closure of the IIT gate to resettlement issues in Perumbakkam. Is there anything you have learnt from these eight months about the constituency that you haven't known in these 30 years?
What I've found is that people always come up to me with simple complaints — we want a proper road, why don't you clear the garbage piling up at the corner of the street, there are blocks in the drainage system. They never come to me with tall demands. They ask for simple things to make their everyday life easier. It's their right, they pay taxes. For the last four or five years, the local bodies have been completely inactive and it is only now that they are active but still, nothing concrete has happened to improve their lifestyle. I always wonder why their demands are never tall. As their MP, I have to really work hard to just meet their basic necessities, to make sure every member of my constituency has the opportunity to have their basic demands met. Things have not improved much, that's what I've assessed. 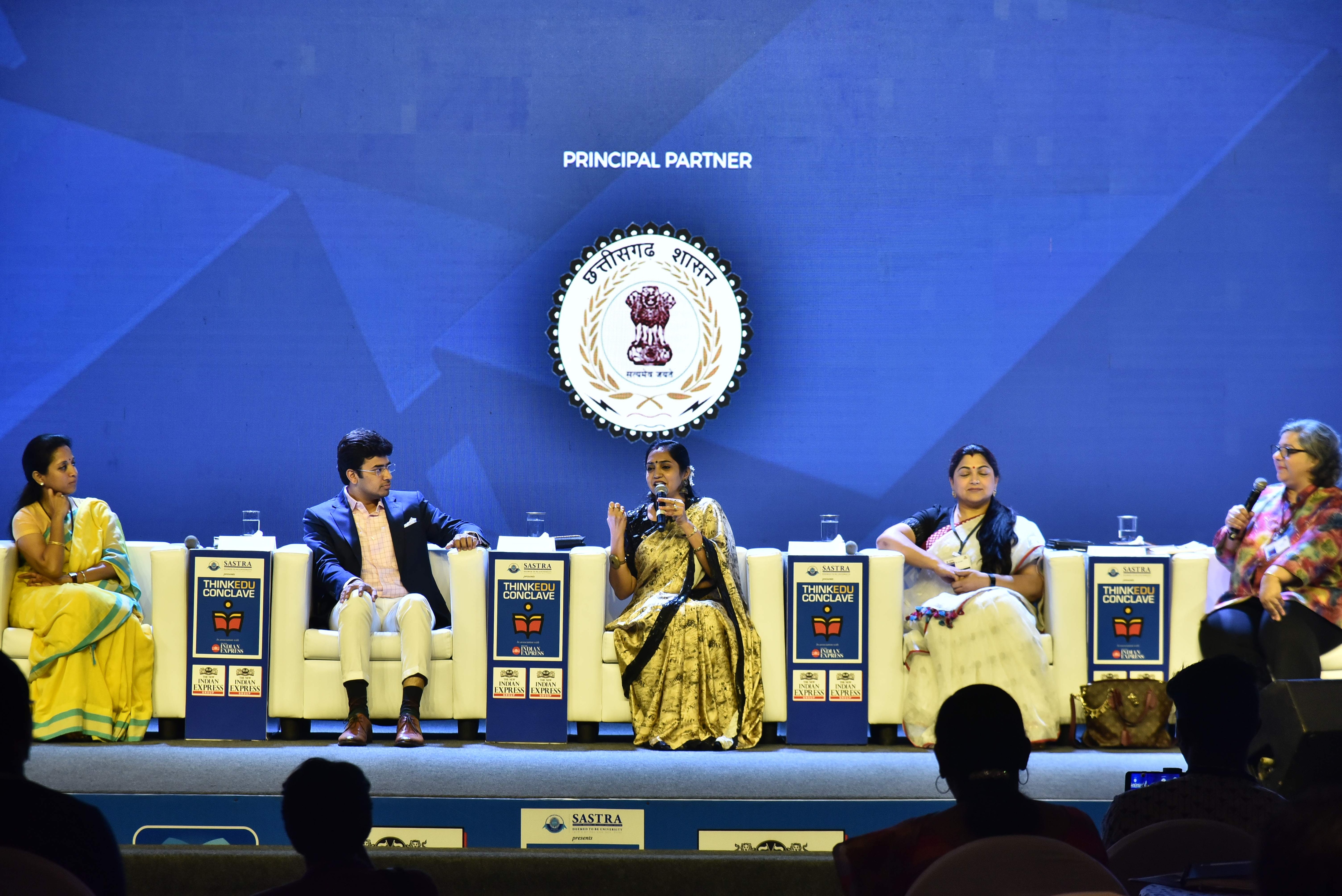 When you were campaigning, some of your primary promises were to set up bio-sanitary vending machines and a trauma care centre in Sholinganallur. How many civic projects have you actually managed to get rolling?
I've spoken in the Parliament about the trauma care centre in Sholinganallur. I need to look to the centre for funds. As an opposition party, we don't get much support from the present Government. This is a major stumbling block. But I've raised this matter in the Parliament several times, particularly after the Prime Minister's visit here during which he had to pass through that route so with regard to that, I've already set the ball rolling. As far as the sanitary napkin vending machines, I'm looking out for NGOs with whom I can tie up. I can't depend on this unfavourable Government to do all the things that I promised

As a first time MP, are there gaps between what you'd envisioned when you set foot on the field to what you are able to actually translate into action?
I'd made three major promises during my campaign. The first is the conservation of Pallikaranai marshland. I've spoken about it thrice in the Parliament and have given representations to the Environment Minister but I'm still groping in the dark. The next is the cleansing of the Velachery Lake to turn it into a tourist spot. For this, I'm planning to inspect it next month so I'm yet to make a move on that. The third, is a solution to the Perungudi Dumpyard issue. For the first promise, I've taken steps already but for the other two, I'm yet to set it into action although I have been doing ground work on it. Yes, during the groundwork I can feel the gap between what I actually set out dreaming to accomplish and what is actually getting done. But, I'm hopeful that before my term is over, these three projects materialise. Before going to bed every night, I always gather energy from the universe and I ask that at least these three projects are accomplished before my term ends. Nothing is moving with the local body. I just give petitions and they receive me well. On and off, officers might oblige but not as speedily as I expect. 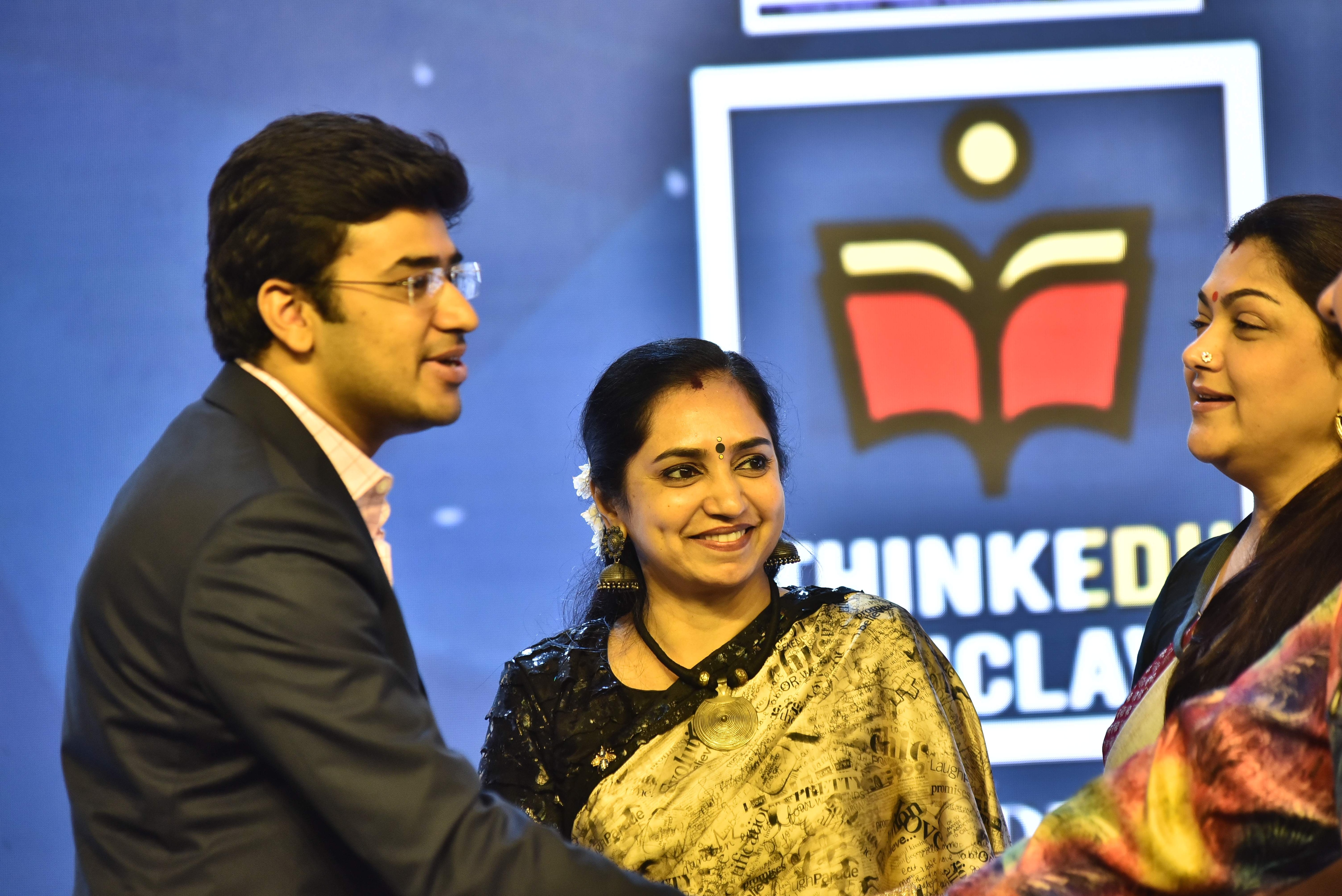 Thamizhachi Thangapandian is a writer, politician and a good orator

You have been as much a person of literature as you have been connected to politics. Eight months into your term, do you still manage to keep the literary side of you alive?
I do still find time to write, sometimes. Before this, I wrote almost every night. Now, throughout the day you're out, you come home late, someone's always waiting for you and you have to meet people. Your body is physically tired. Even though there are sparks, I'm not able to put everything in writing. But still, I've managed to put together a book, a collection of reviews on my poetry which was released in the Chennai Book Fair. Although it's not my creative writing, I thought, I could at least, compile the reviews on my poetry and that's how this book came to be.

What about the other simpler things you used to enjoy?
Whenever I go out in my constituency, there is this guilt. When I'm enjoying an ice cream or sitting relaxedly and I turn around and see someone, I always wonder if that person would come up to me and ask what I've done in these eight months. I have a family, a home and a garden which I've been tending to all my life. I've my homebound duties too. If I'd been waking up at 6.30 am, now, I have to wake up at 5 am to make time for my Yoga and other things. I'm trying to squeeze in everything with a little bit of time management. But still, visiting my village often and other things, I do miss.

For instance, I enjoy eating out at roadside eateries. Once I was really hungry and had to attend 4-5 events, so I went and had this lovely keema dosa at a roadside eatery. A photo of that cropped up on Twitter later that night and it was given a political twist. It said 'Oh, look at this lady and her gimmicks'. But I have always been that person, I've always liked to do that. These little things upset me. Now, I think twice before I venture out to do anything because I'm scared that these simple pleasures that I enjoy would be misinterpreted.