In the early 19th century, Nangeli, a woman belonging to the Ezhava community, cut off her own breasts and presented it to a tax collector who had come asking for a ‘breast tax’. Legend has it that she bled to death. At the time, the Ezhavas were considered lower caste in Travancore and women belonging to lesser communities were forbidden from covering their own breasts.

Padmasree Murali’s childhood was mesmerised by the story. In fact, the second-year student of Animation at IIT Bombay created one of her first projects based on the story. “It was an academic project. Nangeli’s story is one that I have never really been able to get out of my head. I have always loved stories of historical value, folklore and different cultures. Whenever I hear stories like this, I feel inspired, so I always want to share it with others.” 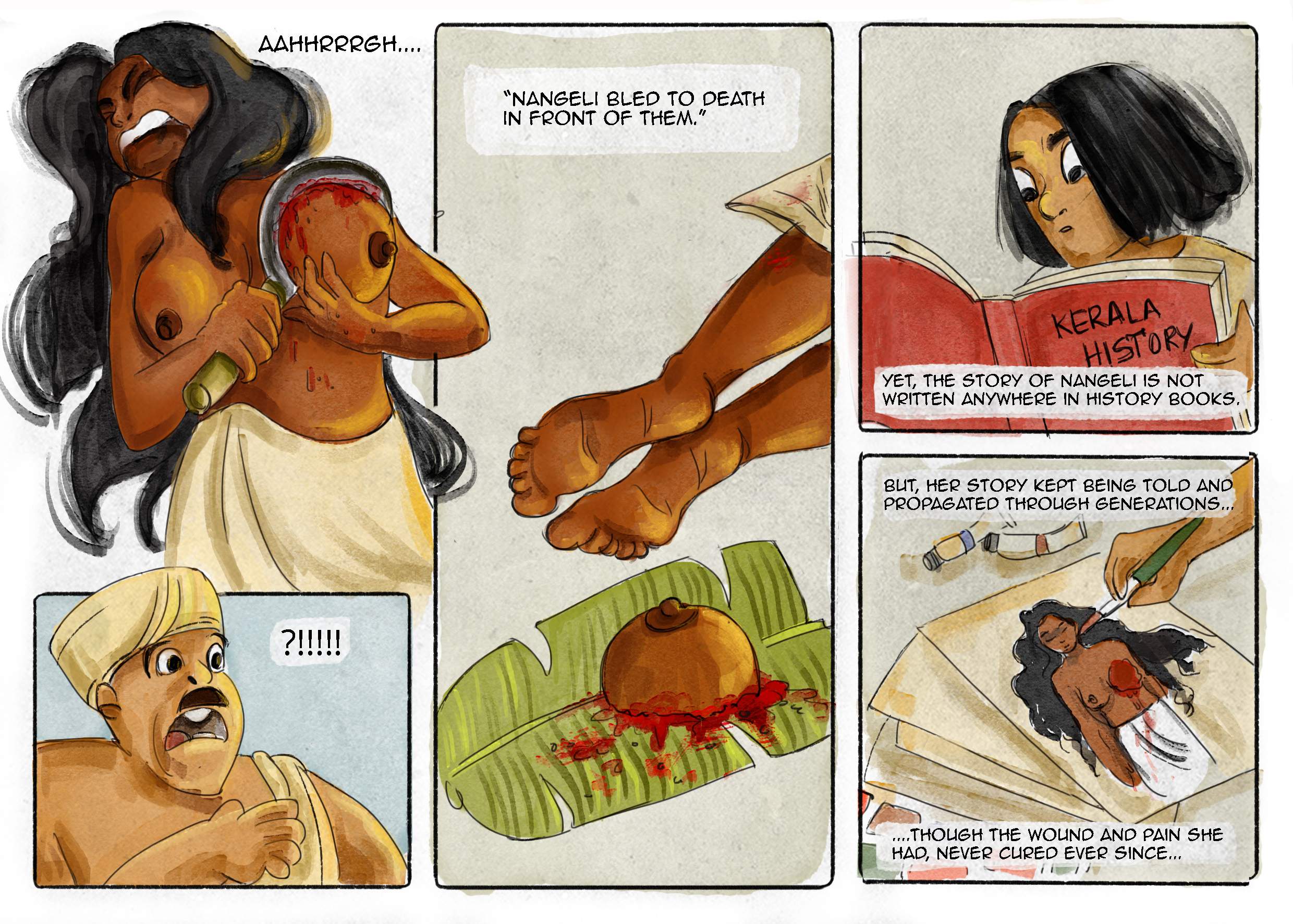 She debuted her work on social media in July. While others who had been touched by the powerful tale flocked to celebrate her artistry, Instagram took down many of her posts, citing the use of violence. Padmasree explains, “There is no doubt that the story is painful. But this is the kind of thing that has happened in the past. And horrible violations continue to happen in the lives of people all around us.”

Padmasree remains undaunted, hoping to tell more important stories. Before discovering her true passion, she pursued engineering at Model Engineering College in Thrikkakkara. It was working for the college magazine in her third year that jolted her storytelling streak back into life. After she was placed in a comfortable company through campus placements, she remembers realising that she was on the wrong path.

“I quit the job,” says the 24-year-old, “I wasn’t happy at all because I knew that storytelling was what I was good at, whether it is through animation, illustration or comics. I also enjoy telling my own stories, those of children and the untold stories of women. Many people called me to say that they had never heard of Nangeli’s tale before and it made me feel like I had made an impact. And I’ll keep doing the same because we cannot afford to forget such stories.”