Stamps, stencils, embellishments and more: This 'crafterpreneur' has the perfect fix for any art nerd

Mudra Stamps, founded by Varshitha Cholaprakash, is your go-to destination for all things trendy, colourful and ingenious

As a child, Varshitha Cholaprakash did not have a postal stamp collection, even though during her childhood it was (and still is) a very popular hobby. But owing to the ‘creative bone in her body’, she did grow up to be affiliated with stamping but of a different kind, one that involves designs and patterns, called craft stamps. Now, if you’re not artistically inclined, it won’t ring a bell. “Craft stamping essentially involves dipping the design templates/moulds (that can be made of different materials) in ink and imprinting them on various media like paper, clay and parchment. I discovered this wonderful hobby back in 2011 when I had to leave Chennai for a bit to join my husband in the US. The sudden evolution from a busy freelance graphic designer to a housewife hit me hard, as the H4 dependent visa did not allow me to work there,” recalls Varshitha, adding, “However, I decided to stop moping around and instead, pass my time engaged in creative pursuits. I experimented with different types of techniques and was blown away by the variety and the versatility of arts and crafts in the US.”

Around that time, she even started blogging and documenting her experiments with craft stamping and paper crafts. However, when she returned to India later in 2014, she was disappointed to find that craft stamping had not found its way to India at all. “Finding these stamps in offline stores was impossible and even if online stores had them, they came with exorbitant price tags,” she avers. That’s when she conceived the idea of coming up with a product of her own and the fact that she was a graphic designer with a Diploma in Media Technology only supported this. 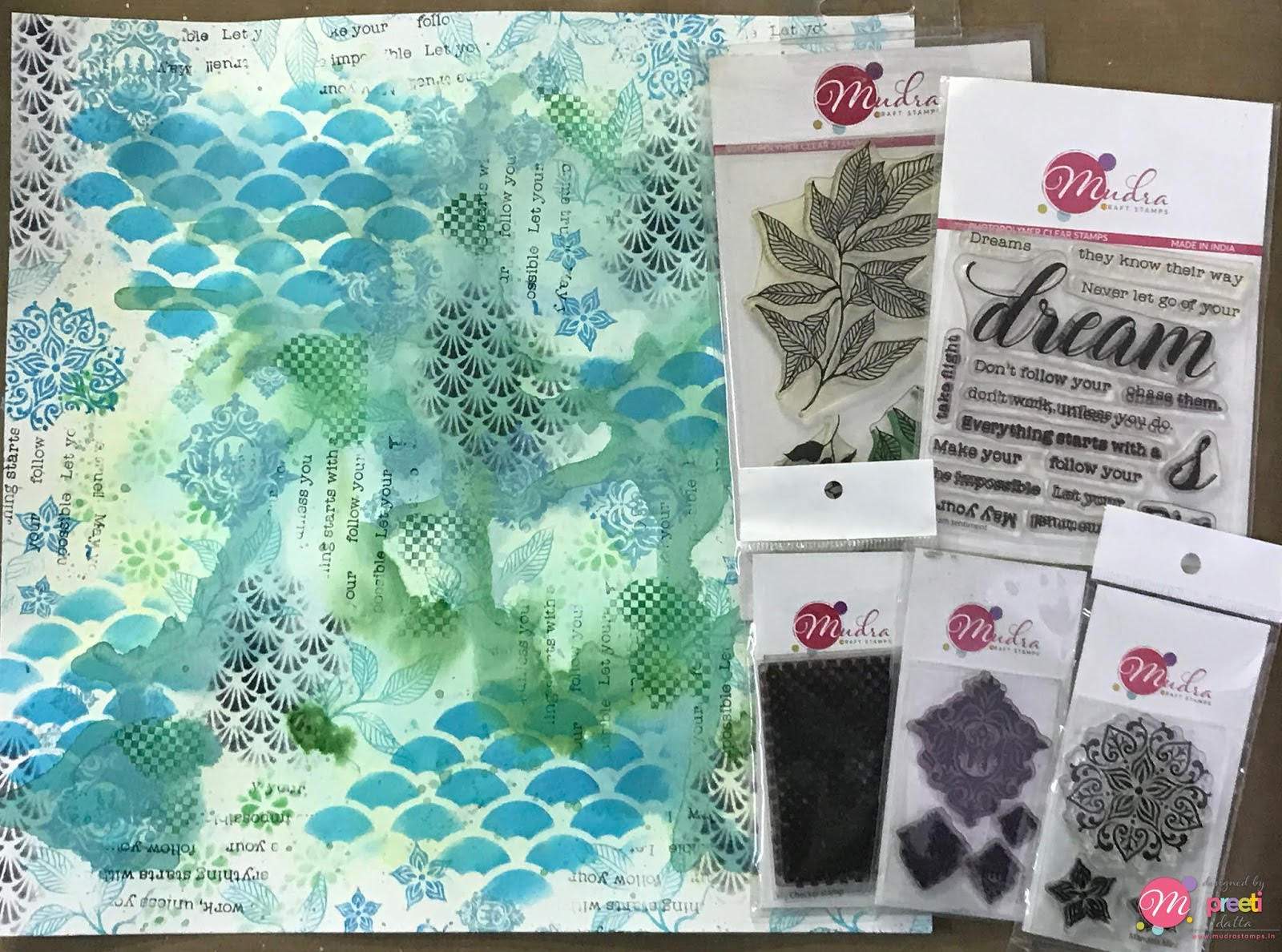 Sealin' it with creativity: The stamps come in different designs and motifs

“In 2016, I officially launched Mudra Stamps and the first product was a collection of 12 stamp sets that composed of basic designs, patterns, greetings (we call them ‘sentiments’), floral designs as well as flourishes,” she says.  And in just a few months’ time, Varshitha was overwhelmed by the way the artists and fellow crafters in not only Chennai but all across India, took to her products. And there has been no looking back ever since. Today, she is the Founder and Creative Head of Mudra Stamps, which prides itself on being the first company in India to manufacture high-quality photopolymer stamps. What is the USP of these stamps? “They have a microscopically porous surface which gives superior ink transfer with all types of ink. They are also economical and long-lasting,” Varshitha points out.

Apart from craft stamps, she also manufactures stencils, ink pads, embellishments, crafting mediums, tools and so on, which have also caught the fancy of many an ‘artoholic’. According to her, a lot of students and those who want to explore different crafts form the bulk of her clientele. “Owners of small businesses, like boutiques, place orders with us for custom design stamps as they cannot afford the printing costs of letterheads or packaging material. Instead, they just use these stamps on their products – which gives them a fun, stylish look — and they’re good to go!” she adds. 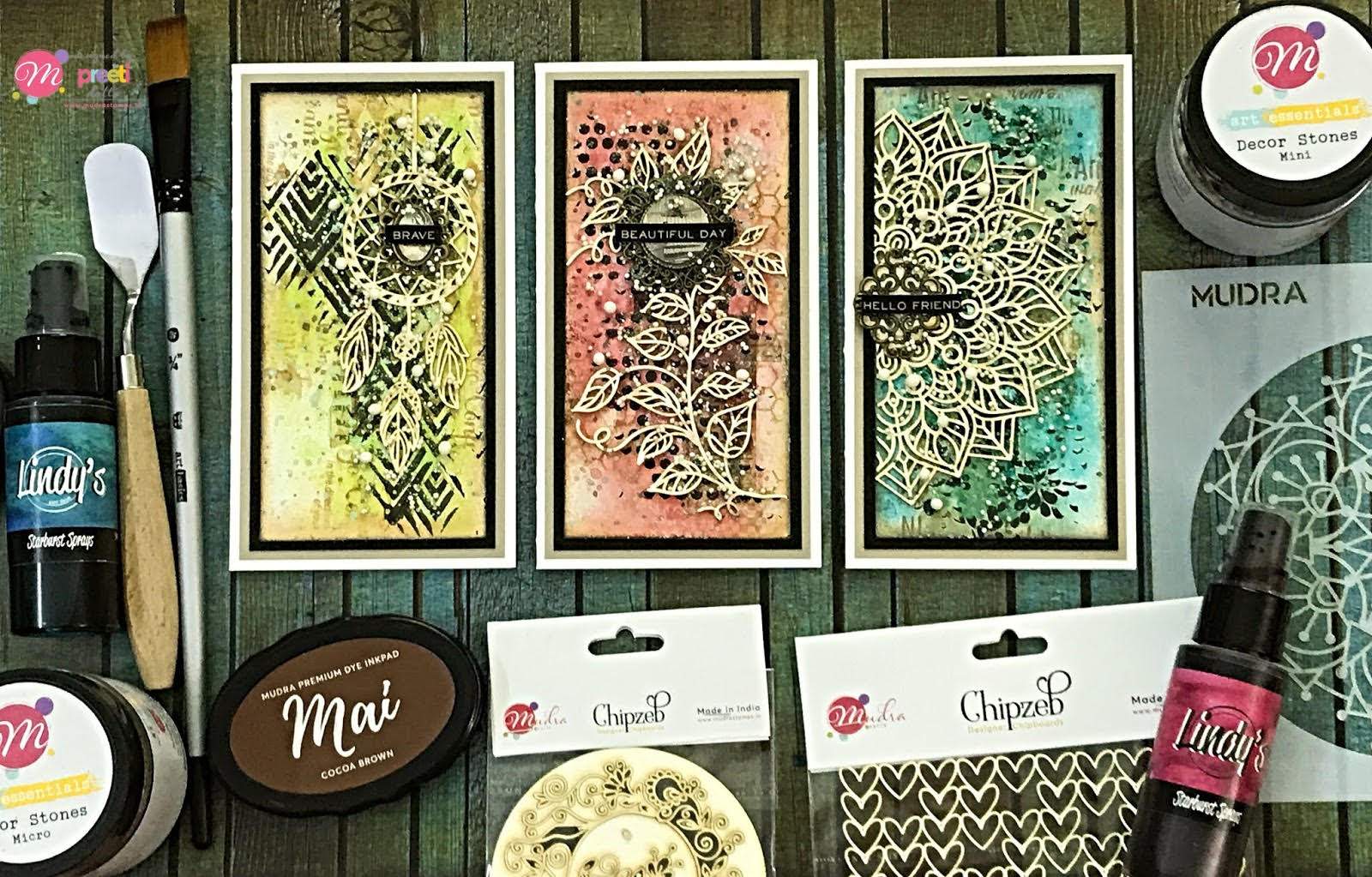 As a design entrepreneur, Varshitha believes in promoting the work of other artists and designers. “We cannot build a thriving community of artists and designers without supporting each other. I believe that workshops and classes are a great way to advance art and so, I support artists in any way I can — either by sponsoring workshops or by spreading the word about them,” she smiles.