Now you can be trained for competitive exams without spending a penny, just download the 'Entri' app

Want to attempt a government entrance exam, but can't afford a great coaching institute? We have the solution to your problem and it's called Entri

Last year, Reshma Sreekanth, a home-maker from Kozhikode secured 424th rank in the Public Service Commission Exams conducted by the Kerala government. Between completing domestic chores and ensuring her children finish their homework, Reshma could not attend coaching classes for these exams. However, she did not allow her dreams to fade away. When her husband told her about an app called Entri, she immediately downloaded it. When many students spend lakhs on coaching institutes that train them for the competitive exams, Reshma spent her time practising questions that are available on the app. It is this easy access to practice questions that helped her crack the exams with a good score of 84 out of 100 marks.

Like Reshma, there are many homemakers and college students who have used the Entri app to pass competitive exams. Mohammed Hisamuddin, the co-founder of SMSGYAN wanted to create an app that is student-friendly and help them crack their exams with ease and calmness. When he proposed this idea to his friend Rahul Ramesh, who was the founder of the Kochi Python Group, it was welcomed and they started working on it. Two years ago, they launched the app and the team has since received good response with lakhs of users having cracked the exams. Hisamuddin says, "Entri is more like a plug-and-play app for candidates. While other apps that were already in the market had questionnaires only for exams like UPSC, Banking and other common entrance exams, we thought that we should introduce courses for competitive exams that are organised at the state level. Since we already have around 2.6 lakh users from Kerala alone, this August we introduced courses for Karnataka Administrative Exams and Tamil Nadu Public Service Commission Exams too." 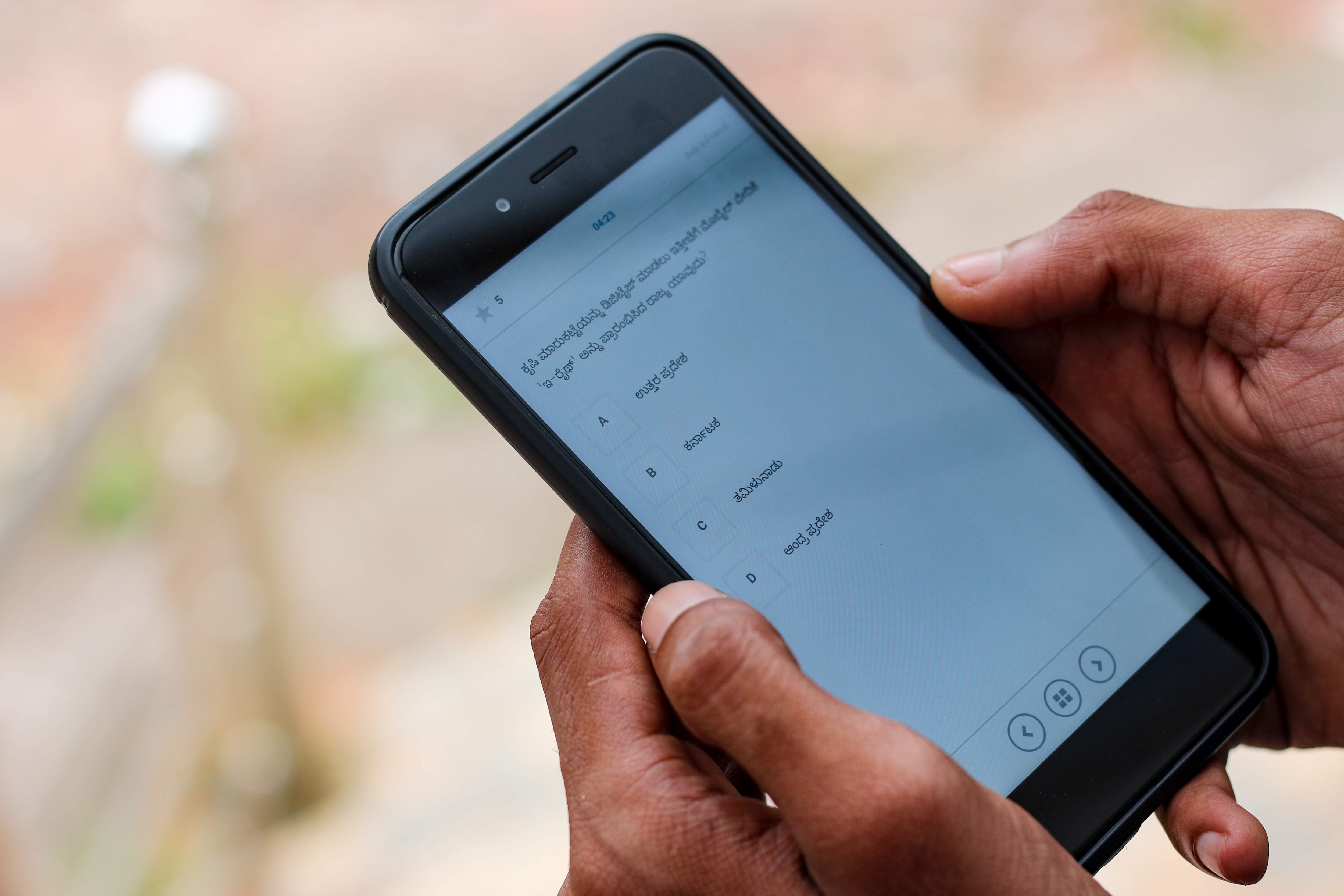 EXAM PREP: Entri recently became the first Indian start-up to get into LearnLaunch, a leading EdTech accelerator based out of Boston

Explaining how the app is different from other apps, he says, "The app has mock tests on its platform. The question pattern and level of difficulty are similar to that of the real exams. With a view to help candidates analyse and improve on their areas of weakness, the app also has adaptive tests that identify the candidates' ability in solving questionnaires. They can take up these adaptive tests and improve in their areas of weakness. Apart from this, there are videos of interviews with toppers along with the tips they provide." And candidates have nothing to worry about if they don't make it through these government exams as this app has tied up with the private companies like Muthoot Finance, iD Fresh Foods and Reliance Digital which provide jobs based on the qualification and talent. "The candidates can send their résumés to us and we help them connect with these companies for the right job profile. It was only 15 days ago that we introduced the job feature on the app and till date, we have two candidates placed in one of these companies," he says.

At present, there are around 150 coaching institutes that use Entri in India. Hisamuddin adds, "Whenever institutes download our app, they recommend their students to also use it. For this, we have provided a feature that students can use to ask doubts and teachers will clear them. There are 25 different courses available for various exams. For Kerala's PSC exams, there are 18 courses. For national-level exams too, the app provides courses for SBI Bank exams, Railway Recruitment Board, IIT-JEE, NEET and many others."

Within a short period of time, we were able to gain three lakh users on our app in Kerala. With the launch of courses for Karnataka and Tamil Nadu PSC exams as well, we want to replicate the same results in these states too

Although Hisamuddin makes it sound effortless, it is not so easy to launch an app for competitive exams in a market that already has many apps to offer. Hisamuddin and his team have been working constantly to add more features and stay current. "We did not launch this app overnight. Every day, we spend hours together to bring out the best for students on this platform. There are around 200 people who are postgraduate students and specialised in various topics onboard. Almost all my team members were once UPSC and regional exam aspirants too. They too have gone through the hassle of seeking admissions in coaching institutes and buying volumes of question banks. So, they all connect with this very well and help develop the best questionnaires," he concludes.