Meet Daddy Joe, the Vijay fan who rode a 'Sarkar' cycle from Chennai to Kanyakumari to get people to vote

There isn't a dearth in the number of incidents where die-hard fans do ridiculous things for their heroes. Tamil Nadu especially has probably seen it all. Which is why when 32-year-old Daddy Joe (we'll get to the discussion about his name a little later) set out on his Sarkar cycling marathon —cycling with a Sarkar attachment to his cycle, going from Chennai to Kanyakumari and back — many were quick to dismiss him as just another crazy fan. Well, turns out it's true, he is truly crazy about Thalapathy but no, he wasn't just another attention-seeker.

Joe, who started off 6 days ago and arrived back in Chennai on Wednesday, says that when he saw the trailer of the film he realised that the message of the film was something that he himself believed in. During the previous round of elections, Joe along with the Greater Chennai Corporation launched election awareness campaigns across the city. So this time when he saw that his very own hero, Vijay, was going to be talking about the very same thing — he decided to do something special about it. He decided to cycle from Chennai to Kanyakumari during the week leading up to the release. 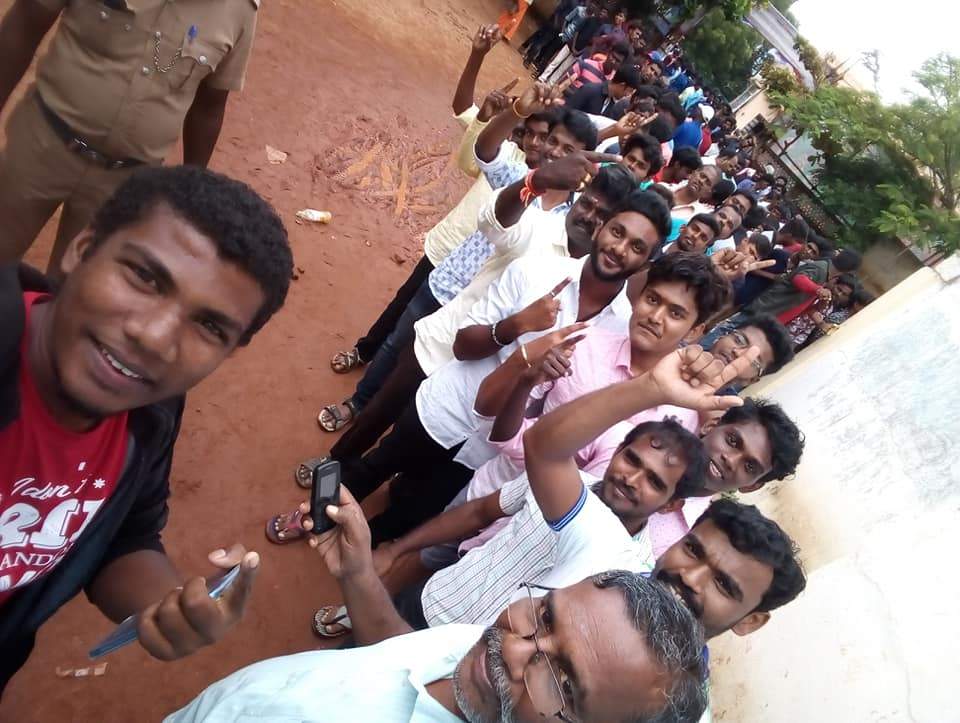 Spreading The Message: The 32-year-old says he has met a lot of interesting people on his journey

"I crossed all sorts of towns and villages and urged them to vote. What Vijay says is true, there has to be a change in the way politics works in our state. Through my journey I was able to meet people who told me about all the different problems they are facing," he recalled. He says people are always in a constant hurry — it starts from wanting a degree, to getting a job to getting married and then having children. "There is no break, after one thing, we have to start working on the second and in all this drama we don't find time to do something for our society...to give back. So this is my way of doing something for the good of society," he explained, quickly adding, "But, it was for Thalapathy too as much as it was for the cause," he said.

Joe says that Vijay's dialogue in the film about coming from a small village in Rameswaram and the importance of casting your vote every five years without fail, really hit him hard. "It's true what he says, we have power in our hands only on that one day and if we miss it we mess up the next five years and it'll be like going back five years," he said.

Joe identifies himself as a social worker — he has his own NGO and also runs a media production company. He is frequently involved in activities to uplift society as well, this is probably why he was appreciates the fact that there were many real life social activists were shown in the film. "It is time for a change and social workers are the ones who should lead us all," he said. 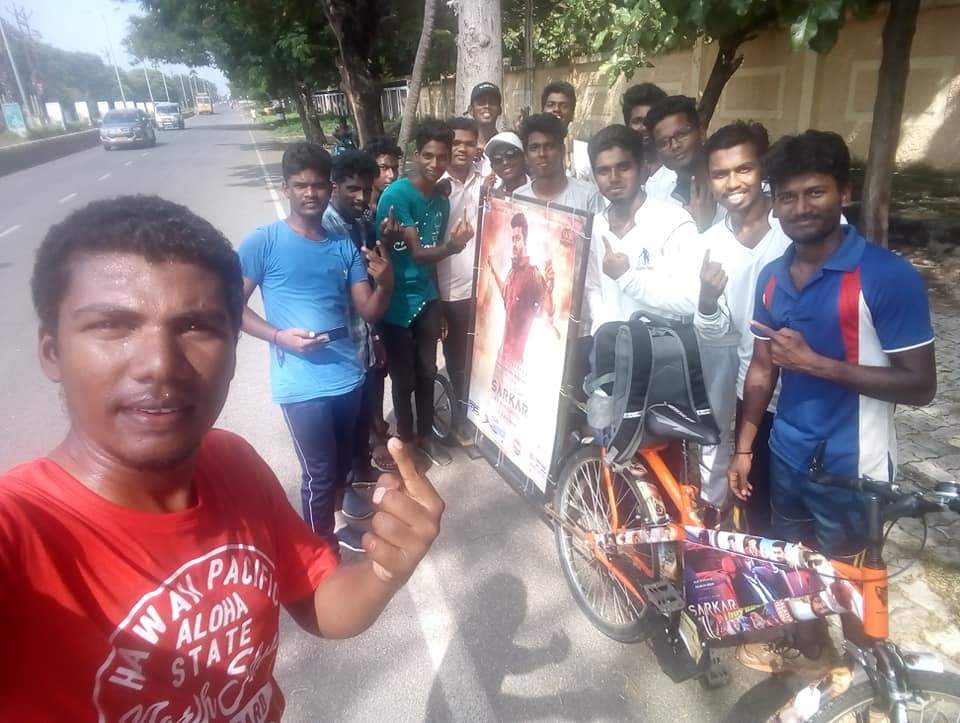 Riding on: Not all the feedback he got was good, Joe said. While 50% of the people suppported him the other 50% ridiculed his initiative

This is a good time to explain why Daddy Joe is called Daddy Joe, "My NGO adopts orphanages that run out of money after the first few years. So all the kids there call me Daddy and so now that's my name. I don't use my real name anymore," he says.

Joe has loved Vijay all his life and says he's watched all his 52 films, "In his initial films I loved that way he would dance, act and also laugh. He would always look so handsome. Now, over the last few years, he has been acting in such strong films with strong content about important issues. So I like him more now," he added. While he has received a lot of support, Joe has also received almost an equal amount of hate and ridicule, "Both on the road and on social media many people think I'm just doing it for publicity, if they go little further down on my timeline, they would be able to see that I've been doing this for a very long time. When people question my integrity like this I calmly ignore them," he said.

The 32-year-old fan has also started a new page called Thalapathy 25 - the idea is to launch 25 new awareness programmes. When asked if he feels like Vijay should come join politics, he says that that he is completely firm about the idea, "He definitely should join politics for the betterment of the state and because people will listen to him. They're waiting to listen to him," he added,