My conversation with Thasneem Wahid was as satisfying as a perfectly baked cake. This embryologist by day and baker by night had all the ingredients for an eye-opening conversation about balancing it all. Her journey began a year after the birth of her first child, when she started off as an embryologist at ARMC Kozhikode. "I didn't have the time for hobbies when I first started working. My parents would look after my son as I scrambled to make the weekly journey back and forth between Kozhikode and Thrissur," she remembers.

In 2013, Thasneem was able to shift to ARMC Thrissur and it changed the way she worked. "I was able to save so much time that I finally found the time to start baking. So I began to experiment with it constantly," she says. In no time, she taught herself to create breathtaking artwork with Swiss meringue and fondant. She would take her latest creations to her office where her colleagues would devour them in no time. Soon enough, the requests began flooding in, with people begging her to take orders. 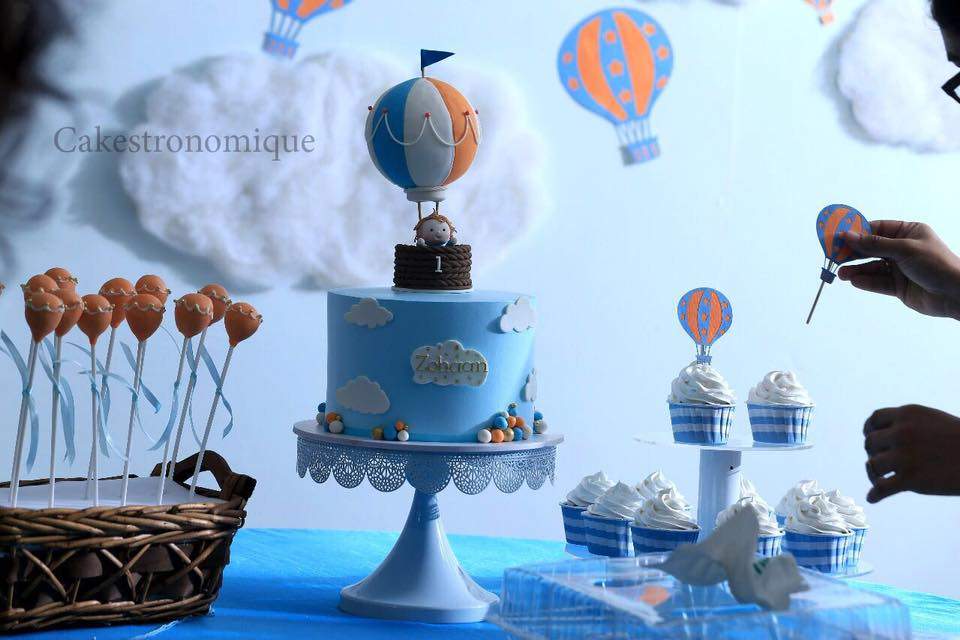 Cake it off: Thasneem's designs are done on cream cakes

"I began baking whenever I found the time," says Thasneem. When she heard the overwhelmingly positive response to her cakes, she set off on a journey to balance her sugary passion with her day job and her family. "You learn simply by doing these things over and over with time," she says. These days, she focuses on taking fewer orders and makes about eight cakes a month to ensure the quality of her products. "If I take up too many requests, I'm afraid it will drain my creativity and that it will take the joy out of baking," she adds.

"Basically, I am a baker," says Thasneem, shrugging off all the new fancy names that her dream job has espoused. Her cakes have been at the receiving end of awe with the perfect finishes that are seldom seen in cream cakes. "Cake artist is a tag that sort of followed on its own. It's still strange to me. I never set out to create anything extraordinary; I think it just comes when you are going through that process. I do not call myself an artist. I'm not someone who needs to sleep a lot. If I can get three to four hours of shut-eye, I can spend the rest of my day or night perfecting a cake," she says.

There have been times when I have been caught daydreaming about cake designs in the office, where my boss has had to recall me from my sugary dreams. But for the most part, it's easy to keep these lives separate

Thasneem credits her husband and family for their patience and support through her growing process. "I get bored very easily," she says, "Baking and mixing the perfect colours together really fills up my time ideally. I can relax when I bake and when I can't, I get really cranky." Like most of us, she has asked herself whether she's had an impact on the world. "I've often wondered if baking was merely bringing me some momentary pleasure. But when I see people reacting to what I have created, it leaves me speechless. When you see people take that first bite of cake, it really reassures you about what you've chosen to do in life," she says.

Currently, Thasneem has found her own comfort zone and a clientele that swears by the quality of her cakes. "The way we communicate with the customer is so important. It builds the business better than any piece of advertisement can," she says. Having become a household name in Thrissur, Thasneem has learnt the most important lessons when it comes to building something of her own, "There is so much we accomplish just by doing our part well. I'm always adapting to new techniques and competing with myself because that is exactly who I need to prove all of this to. Some people call it luck, but it is not. It takes real hard work."