The other Swades story: Meet the Shah Rukh Khan of Halgara who is making the village a better place to live by tackling one issue at a time

There are many Indians who have done much for their community with the fruits they have reaped abroad. Datta Patil is one such example

When the Chief Minister of Maharashtra, Devendra Fadnavis, adopted this little village of Halgara in the Latur district of Maharashtra, it gained attention, but for all the right reasons. It all started with a very Swades-like story, minus the Bollywood love story, of course. And who is the Shah Rukh Khan of this story? Datta Patil. Datta studied in this village until class X, but later moved to different cities in India. He then finally settled in San Francisco, where he currently works for Yahoo. Well, that’s the introduction of our hero. Now, the story goes like this. I know the people of Halgara, their mentality and their mindset. I try to inspire them towards the greater good

Halgara was going through a dry spell, and by dry we mean four to five years of drought, but that changed when Patil made one of his annual visits two years ago. He brought with him the simplest solution of rainwater harvesting and from a village in crisis, it went on to become one of the best villages in the country. But of course, it wasn't as easy as it sounds. While he shelled out close to 10 lakh from his pocket, Yahoo, over a period of two years, donated an additional 70 lakh. "I just explained to people what I wanted to do," says Patil, simply. While the funds poured in from all over the place, including his friends and family, the manpower was from the community. 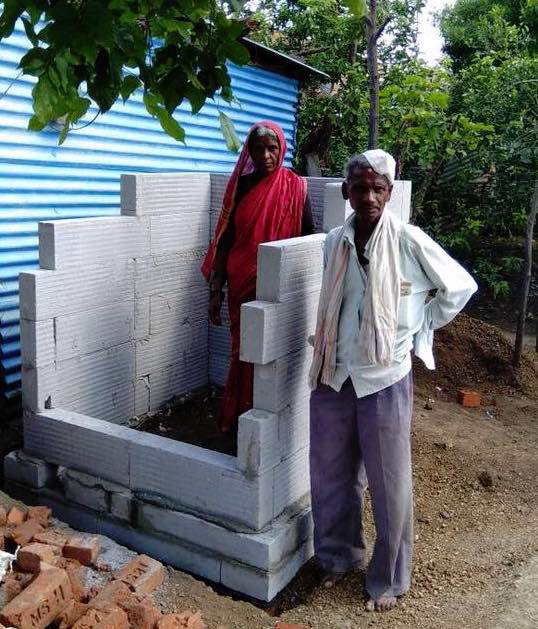 For us: One of the many toilets being constructed for the villages

But before he could begin, he closely studied the groundwater levels of different cities. "Like in Hyderabad and Bengaluru, we have dug up to 800 metres deep for water. During summers, tankers frequent apartments in these cities, but people are still not very serious about water conservation," states Patil, commending the micro-level optimisation in the US. With his help, in a matter of two years, the people of Halgara created a storage of two hundred crore litres of water.

New update: The village has built 80 new toilets and put up 300 new street lights. Next, Patil wants to concentrate on the education of the people of Halgara

With the looming water shortage issue sorted, Patil now wants to focus his energy on another problem the village faces - the building of toilets. About 50 toilets were built in August, but the village needs 900 more. The formula for this, as Patil explains, is that for every toilet they build they use 12,000 rupees which comes from the government allocated fund, 5,000 rupees from Yahoo and another 5,000 rupees from beneficiaries themselves. "It's not free for anyone," informs Patil. All this because the initial fund of 12,000 rupees is not enough to build a decent toilet. 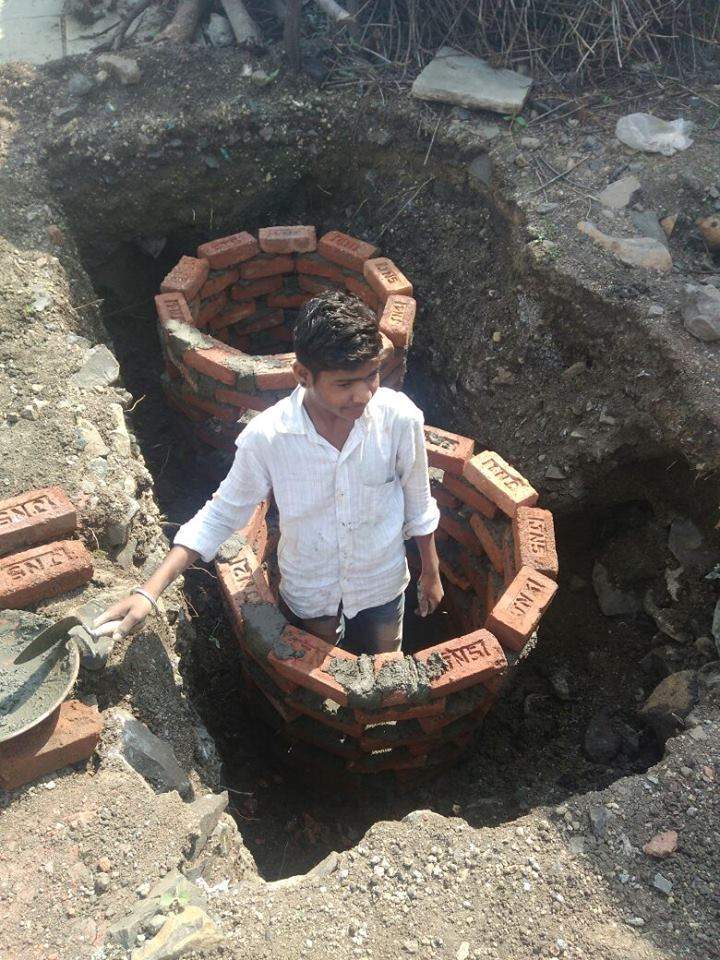 Build it up: Ongoing construction of a toilet

But in the US, $100 - that's all it takes to make a toilet. "That is nothing for us here. That's probably what we spend on a fancy Friday night dinner. We are privileged if we can give back at least that much so that we can make a difference," Patil says, adding that one can serve the community not just financially, but by giving it time too, both of which he has done and continues to do.

Check them out at facebook.com/halgaravillage/