OPINION: Why the NEP harbours a hidden agenda and is morally bankrupt

“I am honoured to present to the children and youth of my country the National Education Policy, 2018 built on the foundational pillars of Access, Equity, Quality, Affordability and Accountability,” writes Prakash Javadekar, former Minister of Human Resource Development, in his message that appears in the Draft National Education Policy 2019.  The Draft contains many high-sounding and sophisticated terms such as India-centred education, high-quality education, knowledge society, 21st-century skills, innovative and responsive curriculum, path-breaking reforms, etc.  Reading the Draft Policy at a surface level may make one conclude that it is a progressive, innovative and reform-oriented Education Policy but reading it at a deeper level and looking at it objectively and critically, will make them raise the question whether the document is really progressive or whether it has been prepared with a hidden agenda.

Ever since the Ministry of Human Resource Development (MHRD) released the Draft National Education Policy (DNEP) 2019, prepared under the chairmanship of Dr Krishnaswamy Kasturirangan, there have been seminars, debates, discussions, dialogues and deliberations on the Policy across India on the possible impact it would have on the country if it was promulgated.  Many educationists, teachers, students and NGOs want the Policy to be revoked.  In this context, it is vital to read the Policy critically.

Looking at the Policy critically implies finding answers to these critical questions:  What was the need for setting up a new committee to prepare the Draft Education Policy?  Why is it important to know the background? What are the major recommendations of the Kasturirangan committee? Is the Draft Policy really reform-oriented?  Does it have any hidden agenda?  What are the implications? 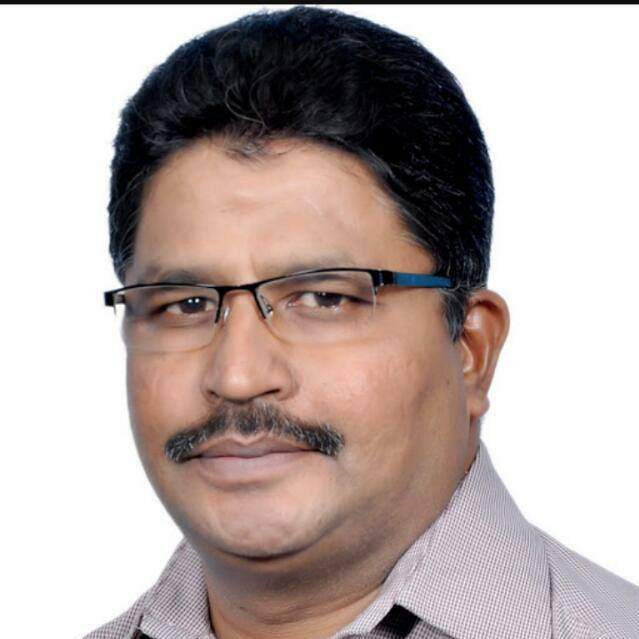 It is vital to understand the background in which the Kasturirangan committee was set up to prepare the Draft National Education Policy.   The BJP came to power in 2014 and Narendra Modi became the Prime Minister of India.  During the first five-year term, there were allegations of instances of authoritarian and right-wing assaults on higher education institutions including the well-known Jawaharlal Nehru University and attempts to crush academic freedom. It was alleged that right-wing Hindu nationalist Rashtriya Swayamsevak Sangh (RSS) persons were appointed to key administrative positions, which facilitated the government’s hidden agenda of covertly saffronizing (hinduizing) education.  Some BJP ministers shamelessly and boldly propagated pseudoscience by making unscientific statements. There were also attempts to rewrite the history in the BJP-ruled States.  It was at this juncture when the government was criticized for ‘destroying’ and ‘saffronizing’ education, the committee under Kasturirangan was formed to draft NEP.

The hidden agenda of the policy can be summed up in these 4Cs: Centralization, Commercialization, Communalization and Corporatization.

The DNEC recommends that the Ministry of Human Resource Development be renamed as Ministry of Education and a new apex body Rashtriya Shiksha Aayog (RSA) or National Education Commission (NEC) be created with the Prime Minister as the head of the NEC.  This is seen as a move to take away the power and autonomy of States.  Education was once in the State list and later it was moved to the Concurrent list and now it is seen as an attempt to transfer it to the Union list. Is the Prime Minister, who is basically a politician, competent enough to head the proposed Commission?

The DNEP states that The National Testing Agency (NTA) will “serve as a premiere, expert, autonomous testing organization to conduct entrance examinations for admissions and fellowships in higher educational institutions”.  This move will give the Centre full control over States.

The Policy states that “Private schools may be free to set their fees, but they shall not increase school fees arbitrarily.”  By introducing unnecessary entrance and exit examinations for different courses, the government covertly encourages business persons to start coaching centres everywhere in the country.  It paves the way for commercialization of education in the country.  Education should be public-funded but, unfortunately, the Draft Policy does not talk about it. 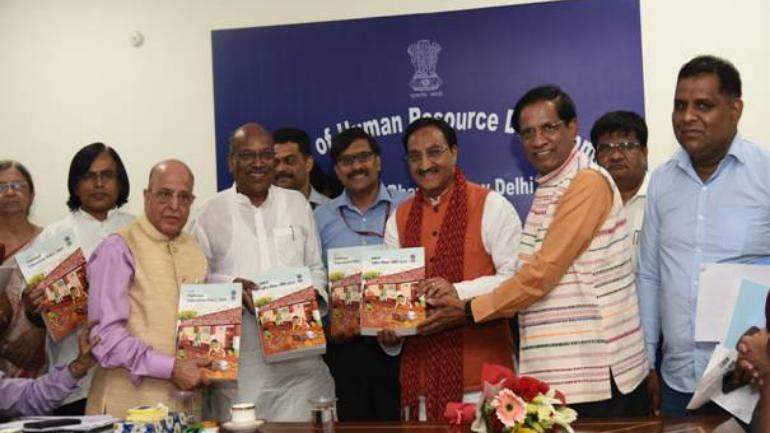 New Policy: The NEP draft being released by the committee

Quite surprisingly, the words ‘secular’ and ‘secularism’ are not found in the 484-page document.  How can the country’s education policy be drafted without taking into consideration the oppressive past and the current situation?  The Preamble to the Constitution asserts that India is a secular nation and the need to celebrate secularism and pluralism is being very much emphasized. Though the Policy document talks about the “incorporation of ethical and moral principles and values”, it seems to have deliberately omitted the words ‘secular’ and ‘secularism’. As secularism is part of our social ethos, India needs secular education and, unfortunately, it is not mentioned in the Draft.

The Draft Policy recommends the implementation of the three-language formula and the promotion of Indian and classical language throughout the country.  Language is a powerful communal weapon and it can be used to communalise education and thus the nation.  For example, in India, Hindi and Urdu reveal the communal identities of the people who speak the language and people associate Sanskrit with upper-caste Hindus.  Forcing people to learn a language is equivalent to forcing a set of belief systems on them.

The DNEP glorifies ‘Sanskrit’ which is mentioned 23 times in the document and states that “Every student in the country will take a fun course on “The Languages of India” sometime in Grades 6-8.”   Imposing a religious language on people who do not want to learn the language is a sort of communalization.

Throughout the country, especially in the Southern States, there has been so much opposition to the idea of implementing the three-language formula which demands non-Hindi speaking people to learn Hindi. This linguistic hegemony is seen as the government’s communal agenda.

Corporatization is a culture which focuses on unhealthy competition and unjustified profit.   Corporatization of education leads to unhealthy competition among different sections of students and forces them to believe that “survival of the fittest” is a healthy trend. The DNEP expects students to thrive on unhealthy competition in the name of merit and quality without taking into consideration inequality and unjust system that is prevalent in the country. It insists on entrance and exit examinations for various undergraduate programs and common examinations and thus paves the way for the elite and the privileged to enjoy the benefits and denies social justice to the underprivileged and the marginalized of the society.

It indirectly recommends the Americanization of our higher education system.  For example, restructuring the undergraduate programs from 3 to 4 years of duration with multiple entry and exit options is a clear case of Americanization.

Corporatization and privatization are the fruits of neoliberalism.    The Policy promotes corporatization of the education sector by encouraging privatization and inviting foreign universities to invest in India. This will result in catering to the needs of the elite and the society and systematically closing the avenue of learning to the economically and socially disadvantaged. 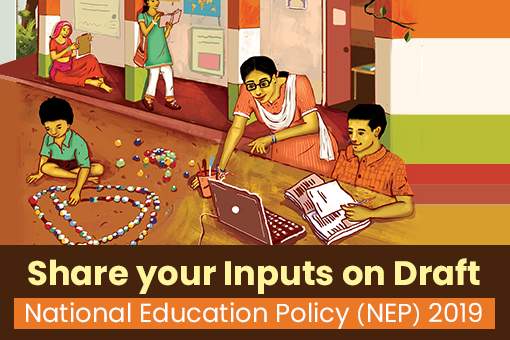 Why should DNEP be repealed?

In a very jingoistic manner, the National Education Policy glorifies the past and conveniently ignores reality.  India is not a country of only a glorious past.  It also had an oppressive past and its consequence is being felt even today.  The oppressive caste system still continues.  Millions are denied education and in spite of decades of reservation, many do not have access to a quality education because of the prevalence of inequalities.  Without taking these into consideration, we cannot have a robust and just education policy.

The term ‘critical thinking’ is used 24 times and the importance of it is stressed in the document but the Kasturirangan Committee has failed to apply critical thinking while preparing the Policy.  It looks like that it deliberately avoided consulting progressive thinkers and activists in the field of education and failed to consider real issues that affect the education sector and society.

Though the Policy document uses high-sounding and sophisticated terms such as 21st-century skills, philanthropy, holistic education, equity, access, quality, etc., it indirectly promotes the opposites of all these principles.  The Draft National Education Policy is morally bankrupt and, therefore, it should be repealed.

The views expressed are the author's own.