JIPMER Counselling Row: Parents allege stray round of counselling postponed without notice, college says it's on

Students and parents from various parts of the country came to JIPMER, Puducherry in the hopes of getting a medical seat at the Karaikal campus

Controversy ensued at the stray counselling round at Jawaharlal Institute of Postgraduate Medical Education and Research (JIPMER), Puducherry after parents alleged that they were not notified about the postponement of the counselling, which was supposed to be held on Sunday. Arriving from different parts of the country, parents and students were in for a rude shock when the administration announced that the date has been postponed to January 15, for which registration was mandatory on January 12. Eligible students were called for counselling on Sunday through a notification, dated January 8, issued on the website.

According to Manjunath Reddy P, who had come from Chikkaballapura in Karnataka to get his niece admitted to JIPMER, said, "We arrived at 8 am when the counselling was scheduled to begin. We were not allowed to enter the campus and around 9 am, an official informed us that the date has been postponed. Students have come from far off places and had to face such harassment because no prior notice had been issued by the administration." He along with other parents sat down in protest outside the gates of the APJ Abdul Kalam Auditorium in JIPMER campus. 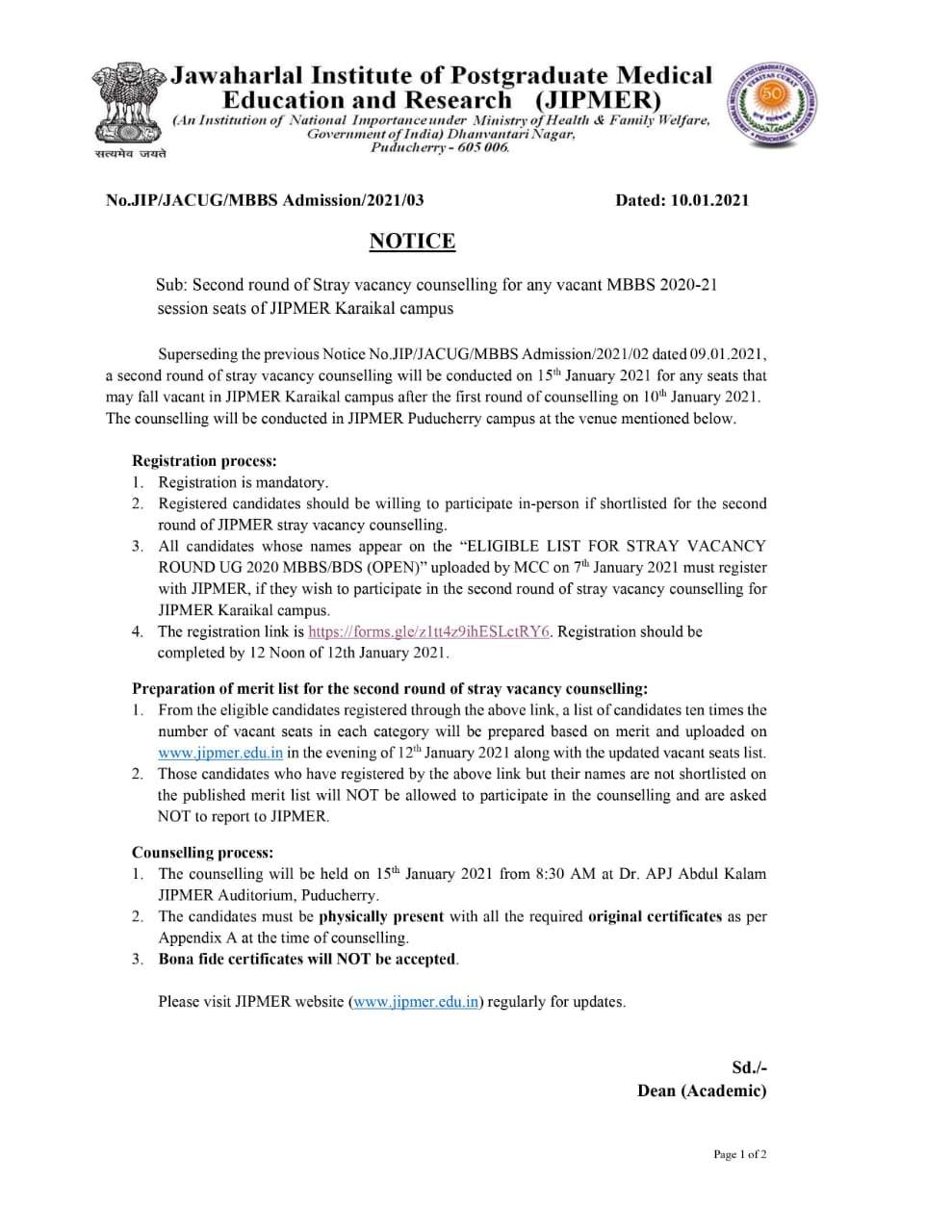 The notice issued on January 10 | Pic: Screenshot from JIPMER website

SFI President Jaya Prakash, who was present outside the campus said, "The administration issued a notice this morning stating that the second stray round of counselling will be conducted on January 15. However, the first round, which was supposed to be held on Sunday, did not take place. Aspirants and their parents were protesting outside the gates when an official came and announced that the counselling has been postponed to January 15." 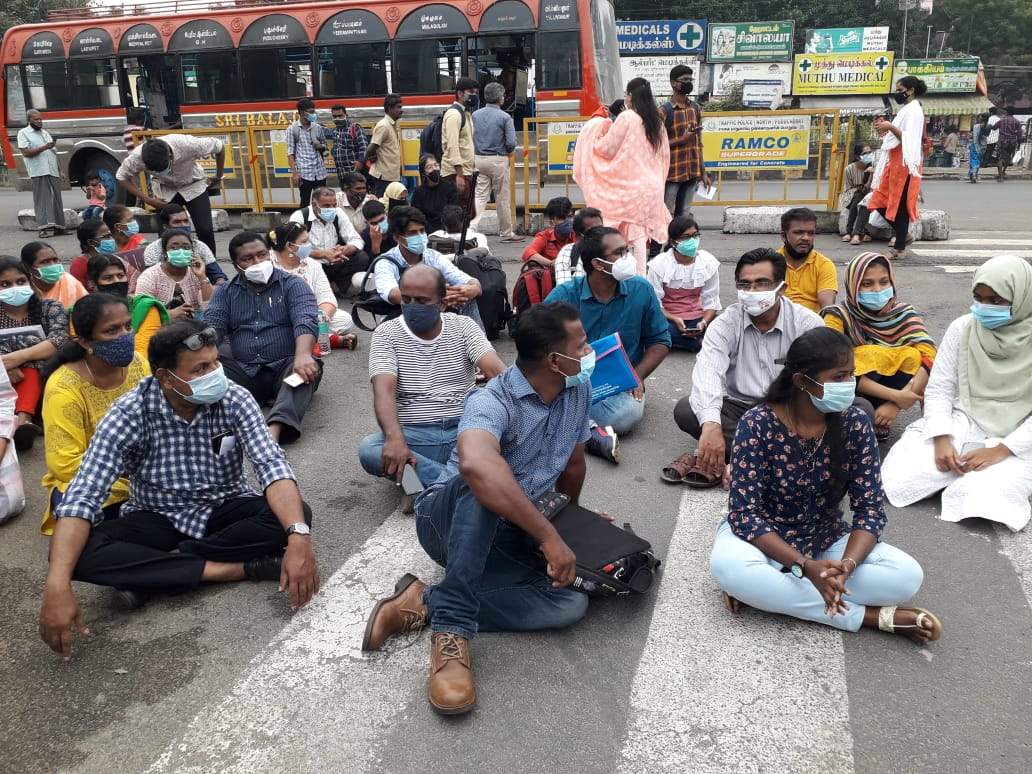 Parents and students protest outside the campus | Pic: Jaya Prakash

An official from the Director's office, however, stated that the counselling was being conducted. The official directed us to call the counselling section but we have been unable to reach them yet. More details will be added as and when they unfold.