As someone who is immersed in the profession full-time, Lubdhak tells us that one should have realistic plans before taking any step in the film industry

Kolkata-based independent filmmaker Lubdhak Chatterjee decided to take up filmmaking as a profession only when he went to college. But he did not have to look back since. "I stumbled upon the field by chance," said the engineer-turned-filmmaker. Lubdhak has three films to his name and his latest — Aahuti —  premiered at the International Film Festival Rotterdam 2020. 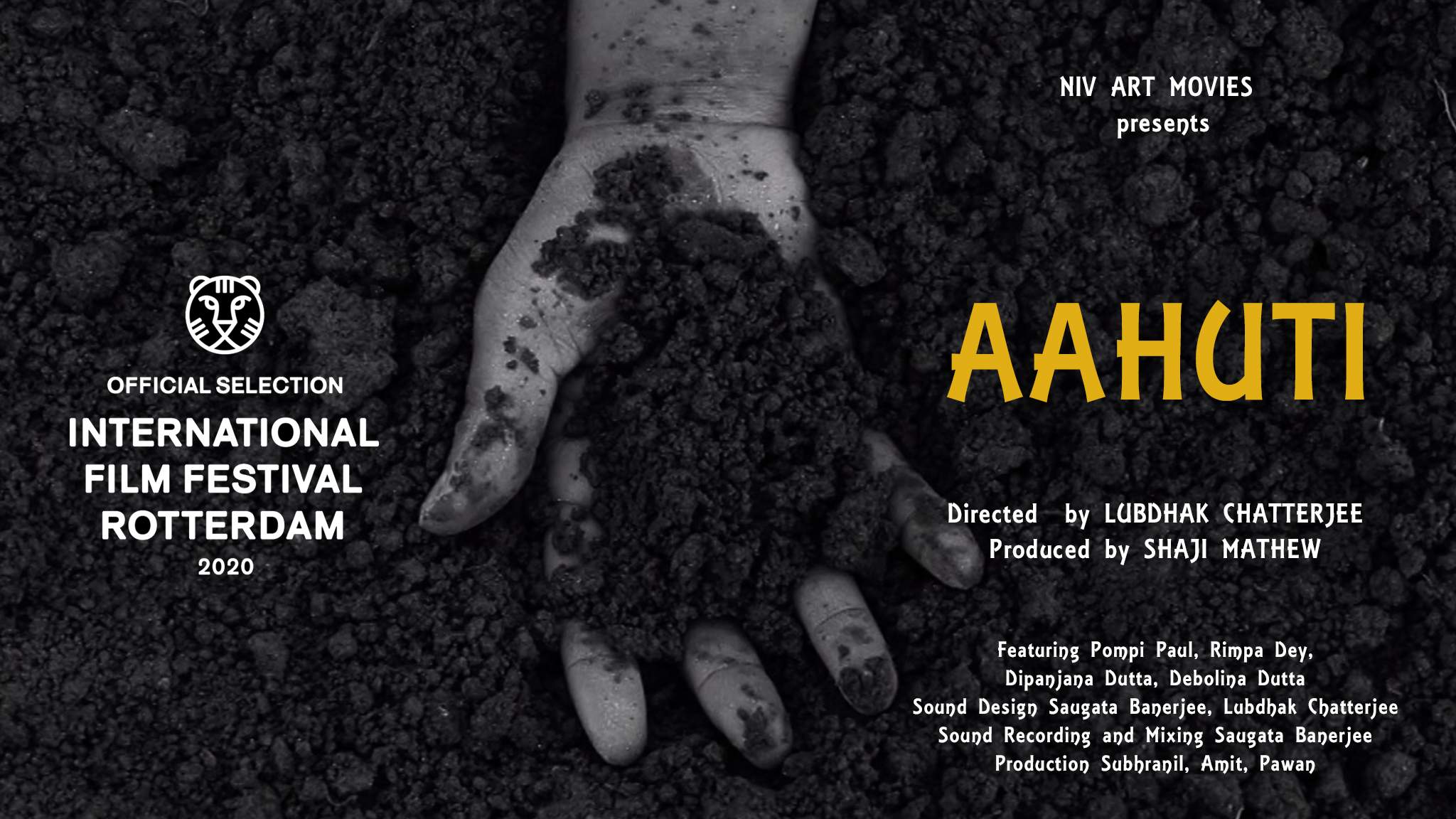 Lubdhak cleared the GATE exam and moved to Delhi to continue his MTech at the Delhi Technological University in 2014. Here's where he got interested in films and the art of filmmaking. "My friends wanted to make a short film and I knew my way around a camera. I was always interested in photography and music, although I did not actively practise either of them, except taking still photographs. Delhi gave me a lot more exposure — there were numerous film screenings and I would attend as many as I could. It is very difficult to say how I developed an interest because it did not happen gradually. Within a year, I was contemplating about taking it seriously and considering it as a career option," he said. "By the end of 2015, as I was completing my master's, I made my first short film — In A Free State," Lubdhak said. The film's plot revolves around a young man who has left his job to pursue filmmaking, and a successful artist who paints despite his disabilities. The film, Lubdhak said, "delineates the notion of freedom and its price through its two protagonists."

Even though there are innumerable OTT platforms now, I would always prefer a screening. The experience that the OTT gives you on your phone, laptop or TV can never match the theatre experience. It really is an impediment to the experience I would want my audience to have
Lubdhak Chatterjee, Independent Filmmaker

His next project was something a young filmmaker with just one film in the bag would consider a huge step up. He got a grant from the Public Service Broadcasting Trust (PSBT) to make a feature-length documentary called Vaikhari. "Vaikhari, which in Sanskrit means 'intelligent and articulate utterances', primarily focuses on padhant which is the art of recitation of mnemonic syllables used in Hindusthani classical music and dance. The film incorporates different artistic streams in allusion to padhant, thereby aiming at a profound aesthetic experience of rhythmic utterances in its multiple manifestations," said Lubdhak. Even though the film did not take much time to shoot, Lubdhak put in a year and a half of research, during which time he stayed in Aurangabad, Maharashtra for weeks.

Lubdhak does not have training in filmmaking but he enjoys the technical aspects of the craft a lot. He attributes his depth of technical knowledge to the discussions he had with other filmmakers during his stay in Delhi. He went on to make his latest film in 2019 on the concept of Panchabhuta — five elements — which is central to Indian speculative thought. "A group of people, in a fictional space and time, performs a ritual to evoke the essence of these fundamental elements of existence. Mudras (hand gestures) become the vehicle in the act of offering, whereas Naad (sound) becomes pivotal in the exploration of life and beyond," he added. 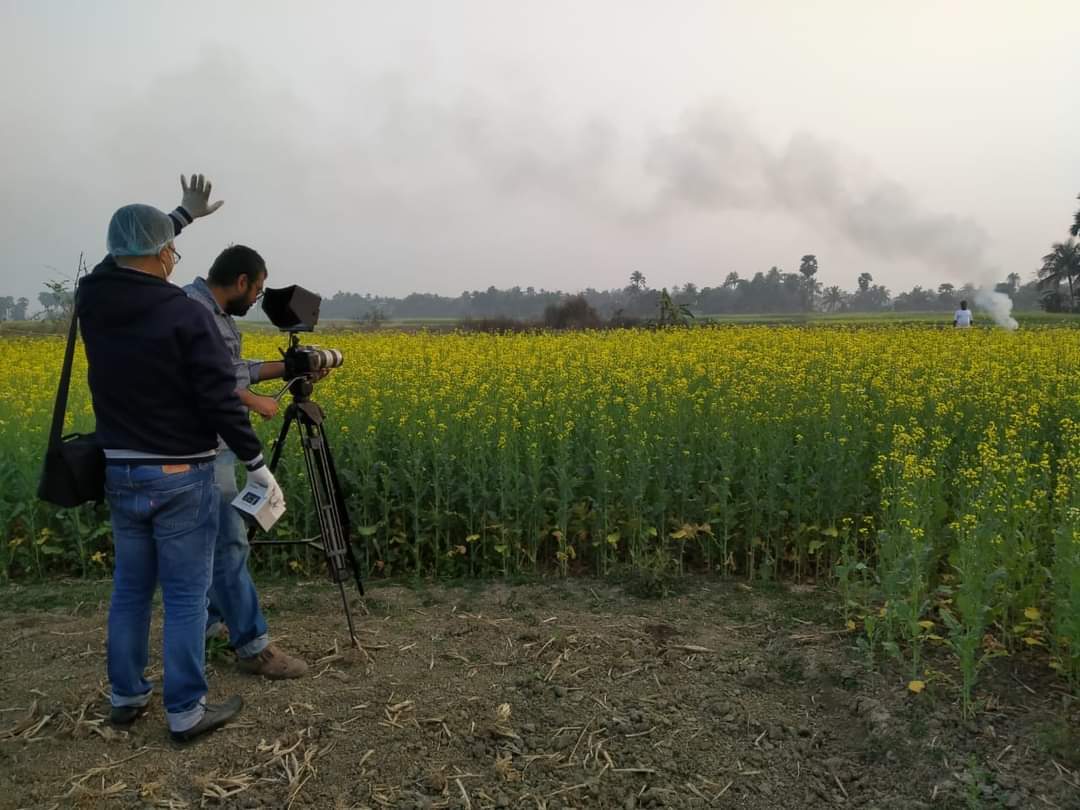 As someone who is immersed in the profession full-time, Lubdhak suggests that one should have realistic plans before taking any further step in this industry. "I have a clear plan of what I want to do before I start working. There are improvisations on set but I am prepared and I think that helps. When I am making a film, I also think about the people to whom I am trying to reach out. If I am making something niche and that has an audience of 500 people, then that's my target. There is no point moping about it later and wondering why five lakh people did not come to watch it. It is important to look at empirical data of which festival features and what kind of films. I am not willing to compromise on the work aesthetics by worrying out potential audiences. There is an audience for all kinds of work and I hope to reach out to an audience, keen to explore newer expressions," Lubdhak said. "It is also important to either be skilled in a few aspects of the craft. I also work as a cameraman and an editor. This will provide some financial stability. You need to have a realistic plan about how to go ahead with it. And, of course, a lot of patience," he added.