The engineering exams are scheduled for four days from September 9, followed by 10, 11, and 14 while the exam for pharmacy, agriculture and veterinary streams would be held on September 23, 24

The Jawaharlal Nehru Technological University, Hyderabad (JNTU-H) conducted the first day of the TS-EAMCET 2020 for engineering candidates on Wednesday amid the COVID-19 crisis. Although safety precautions were meant to be followed at the exam centre, several netizens on Twitter claimed that the SOP released by the government regarding the students' safety during examinations was not followed on the first day.

Numerous photos flooded social media showed that there was little social distancing maintained inside or outside the EAMCET exam centre in Telangana. Over two lakh candidates, including 1.42 lakh from the engineering stream, have applied for the Telangana State Engineering, Agriculture & Medical (Pharmacy, Veterinary) Common Entrance Test. All candidates had been asked to bring a signed self-declaration stating that they are not COVID-positive or not identified as a potential carrier of the virus. They were also asked to bring face masks, gloves, a 50 ml personal hand sanitiser bottle and a transparent water bottle along with them. 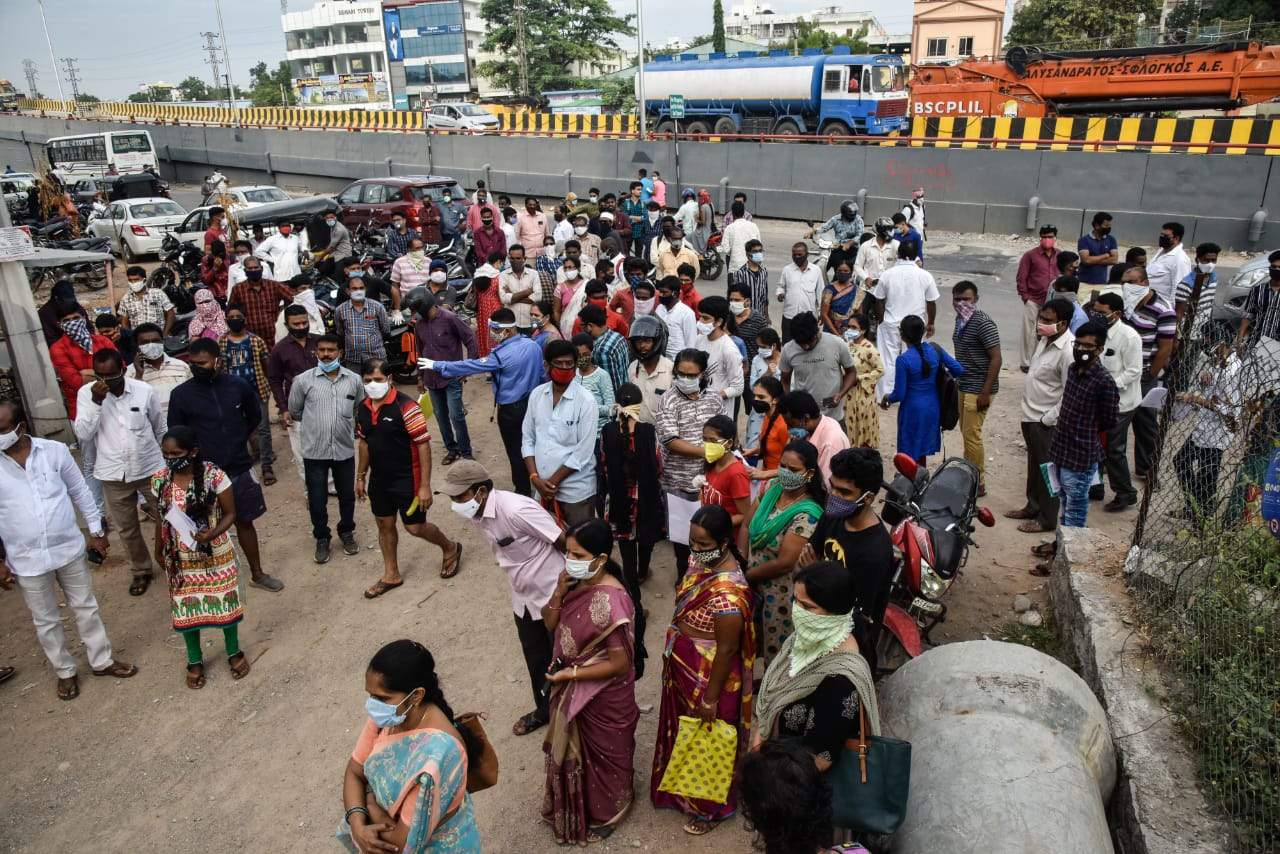 However, several students on Twitter have said that the protocols were not effectively followed and that they are wary of what will happen in the next few days of the exam. Some even raised their concerns about the upcoming NEET examination on September 13, 2020. Telangana State Council of Higher Education (TSCHE) chairman T Papi Reddy had told the New Indian Express: "The fate of candidates who cannot write the exam if they are infected by the virus will be decided in consultation with the government." According to TS EAMCET Convenor Govardhan Reddy, of the 1.42 lakh candidates who applied from engineering stream, over 1.35 lakh candidates have already downloaded their hall tickets on the first few days of the month.