Devangan suicide is being termed an ‘institutional murder’ by several student groups. The post graduate medical student from Netaji Subhash Chandra Bose medical college in Jabalpur was found hanging from the ceiling of his hostel room on October 1. The young doctor hailed from Rahoud Village, Janjgir-Champa district in Chhattisgarh, He belonged to the OBC category and joined the medical institute a few months ago for the Orthopaedic course. 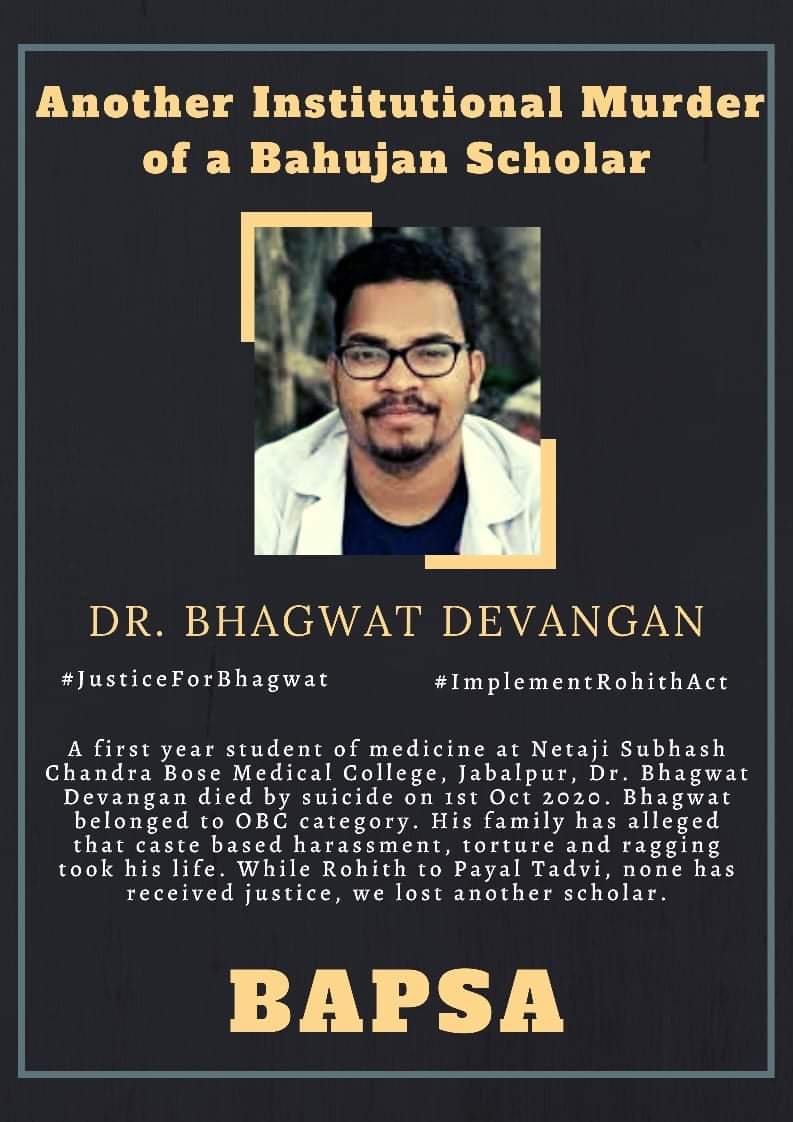 The family alleged that Devangan has been exposed to casteist harassment and slurs because of where he came from. However, according to reports, no FIR has been filed yet. “A life put to end by caste and socio-economic backwardness is institutional murder. The distressful demise of Bhagwat Devangan is one such. A fair and unbiased inquiry should be done to stop ragging culture on caste lines,” the Muslims Students Federation, Delhi University said.

The Birsa Ambedkar Phule Students Association also extended their solidarity and demanded that justice be delivered to the doctor’s family. “From Rohit Vemula to Dr Payal Tadvi, nobody has received justice. We’ve lost another scholar,” BAPSA said. Juts a few days ago, the Supreme Court allowed the three accused of abetting Dr Payal Tadvi’s suicide to return to campus to pursue their course.