Those who did not attend my webinar are Maoist hooligans: How many JNU students actually attended GD Bakshi's lecture?

The students of JNU have and always will respect freedom of speech but that does not mean "maligning a particular university or propagating communalisation of a campus", said JNUSU Prez Aishe Ghosh

Despite a lot of online bashing by JNU's staff and students, Retired Major General GD Bakshi delivered a webinar on The Sarasvati Civilisation: A Paradigm Shift in Indian History on June 13. The webinar was organised by the Jawaharlal Nehru University with a handful of professors from the Centre for Historical Studies, School of Social Sciences. The rest of the teachers from the Centre — 14 out of 19 — along with students from the department dissociated themselves from the event. After the e-lecture was over, the Retired Major took to Twitter to say that 800 students and professors joined in along with his friends from Facebook. He also called the protesting teachers and students "Maoist hooligans", while referring to the rest of them as "decent and law-abiding children". 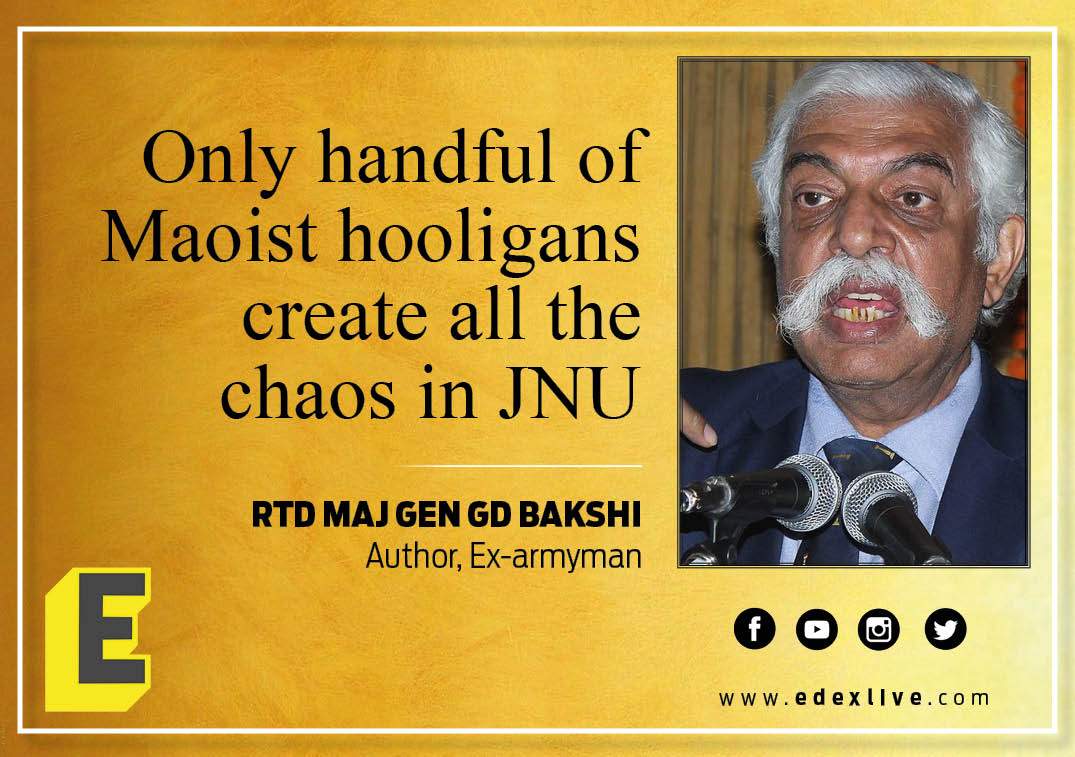 This is not the first tiff the ex-armyman has had with the university and its students — he has been known for his public bashing of the university for the Azadi protests. "The webinar in JNU was attended by almost 800 students and professors besides friends on FB. I have attended many programs in JNU and am convinced that it is only a handful of Maoist hooligans who create all the chaos. The rest of the children are decent and law-abiding," he tweeted.

But the question remains how the ex-serviceman knew how many participants were from the university and how many were from his Facebook friend list. "It was an open webinar. Anyone could have joined. Is there a way to see how many were actually students and teachers from JNU? No," said a senior faculty member.

And therein lies the question. Only Analytics has the answer.