The world is in a mode of panic as deaths due to Coronavirus keep rising — 53,238 worldwide. But in these dark times, some heroes show us that it is not all lost and there might still be a better world waiting. Anas Rashid from Delhi is definitely one of them. Anas, a specially-abled young man, with the help of his NGO, Adhikar Foundation, is delivering two meals a day to more than 12,000 people across three districts in the UT.

It all started the moment Delhi was locked down on March 23. "There are a lot of people in Delhi, especially labourers and migrant workers, who depend on local eateries for their meals. A lockdown meant the shops would be shut and these people might have to go hungry," said Anas, now pursuing his law degree after completing his Master's in Public Administration and UG in Economics. "We initiated by reaching out to daily wage earners, rickshaw pullers and drivers in Jamia Nagar, Okhla. Many of these rickshaw pullers live in cramped rooms with 10-12 members. They can't even cook in those rooms. We are delivering food packets to them — once for lunch and once for dinner," he added. 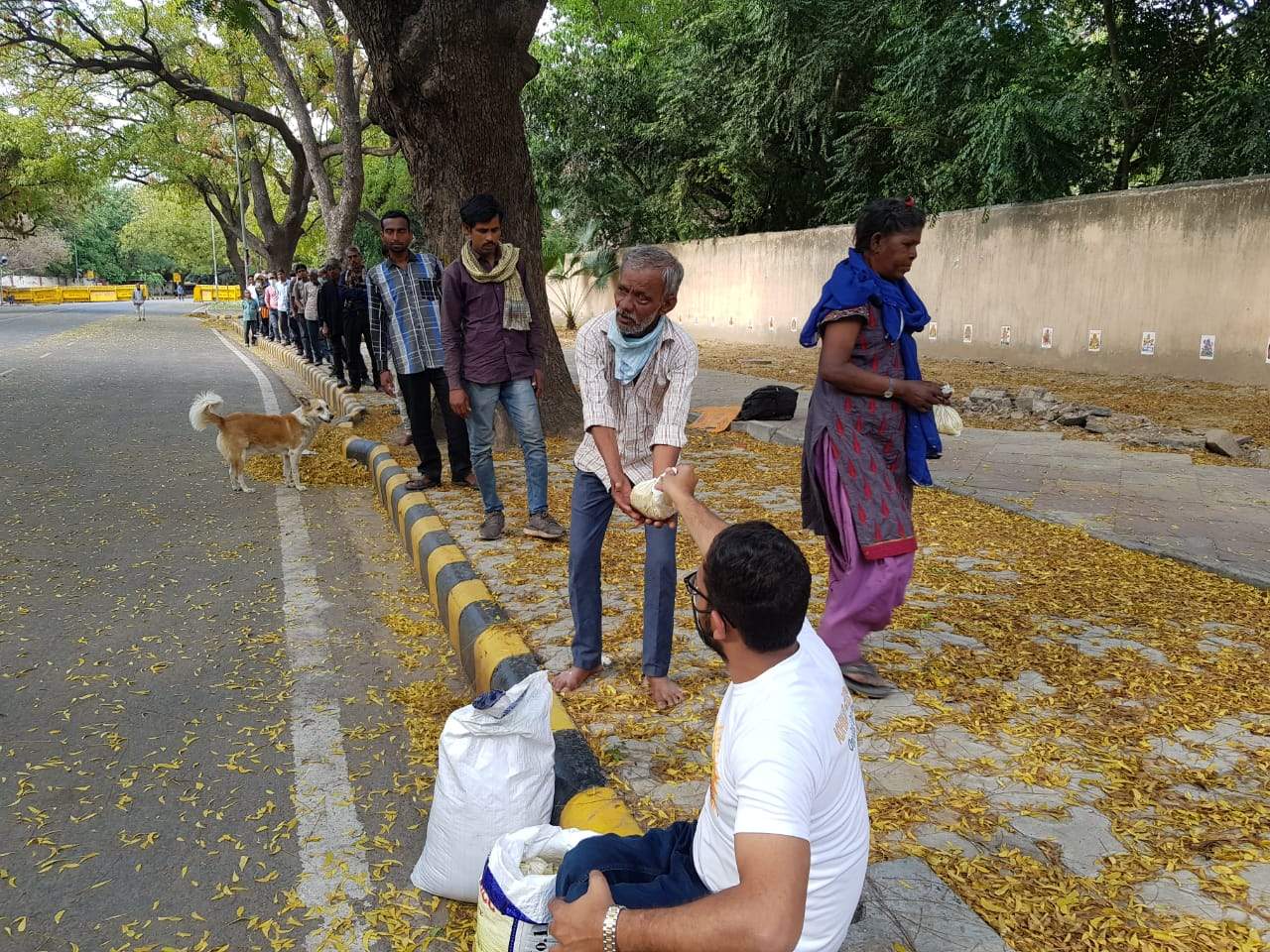 Adhikar Foundation has raised around Rs 3 lakhs till now through online crowdfunding and the contributions are still pouring in. "It's not just monetary help, people are also sending rice, wheat and raw materials to help us. We are delivering to Jantar Mantar, Sukhdev VIhar, Connaught Palace, Bhogal, Nizamuddin, Jangpura, Lodhi Road, Karol Bagh, Kashmere Gate and other parts of South, Central Delhi and New Delhi and have three kitchens now where we are cooking the food," said Anas. "We started off with promotions through social media. Around 3,000 people across the capital shared it. We started getting orders soon. It was like Swiggy. Now, most labourers do not have social media or even a phone. But their neighbours do. We have got calls from people to deliver food to others in their neighbourhood. We have a strong network by now and have regulars too. We deliver lunch from noon to 3 pm and dinner from 8 pm to 10 pm. There are two options — veg biriyani, which might be replaced by mixed pulao or soya biriyani on some days, or dal, rice, vegetables and roti," added Anas. An organisation that started as an initiative to help make a better society is keeping an entire stratum of society alive. But that's not it. Anas and his group are also delivering raw ingredients to households across the capital, free of cost. Though the volunteers were interrupted by the police a few times and even beaten up for violating the lockdown, Adhikar Foundation now has passes which allow them to move around and serve freely. "We had spoken to the DM and got his permission. Now all the vehicles have a pass. So there is no trouble with the police anymore," added Anas who is serving food to more and more people each day.