The students of Aligarh Muslim University held a silent protest against the administration's decision to not let them organise an Art and Photography Exhibition at Central Canteen of the University on the ongoing lockdown in Jammu and Kashmir to express solidarity with the people of Kashmir. The students hung posters around their necks and taped their own mouth shut with black tapes in protest.

This protest, they said, is to show to the world that what Indian democracy does is restricting the freedom of speech to its citizens. "Our silent march is a protest against the inhuman siege in Kashmir that has devastated the political and economic future of Kashmir. By unilaterally striping the state of Jammu and Kashmir from its autonomy and dividing it into pieces, the Centre has put the nation to shame," said Muhammed Nihad, a third-year student of Sociology (BA) at the university. "We were supposed to be a democracy; however by deciding the political future of Kashmir without the consent of the people of the state, our nation has exhibited brazen majoritarianism and dictatorship. We don’t believe in the normalcy imposed by the state through gun barrels. We demand that the Kashmir issue be resolved peacefully and democratically as per the will of the residents in the state." he added. 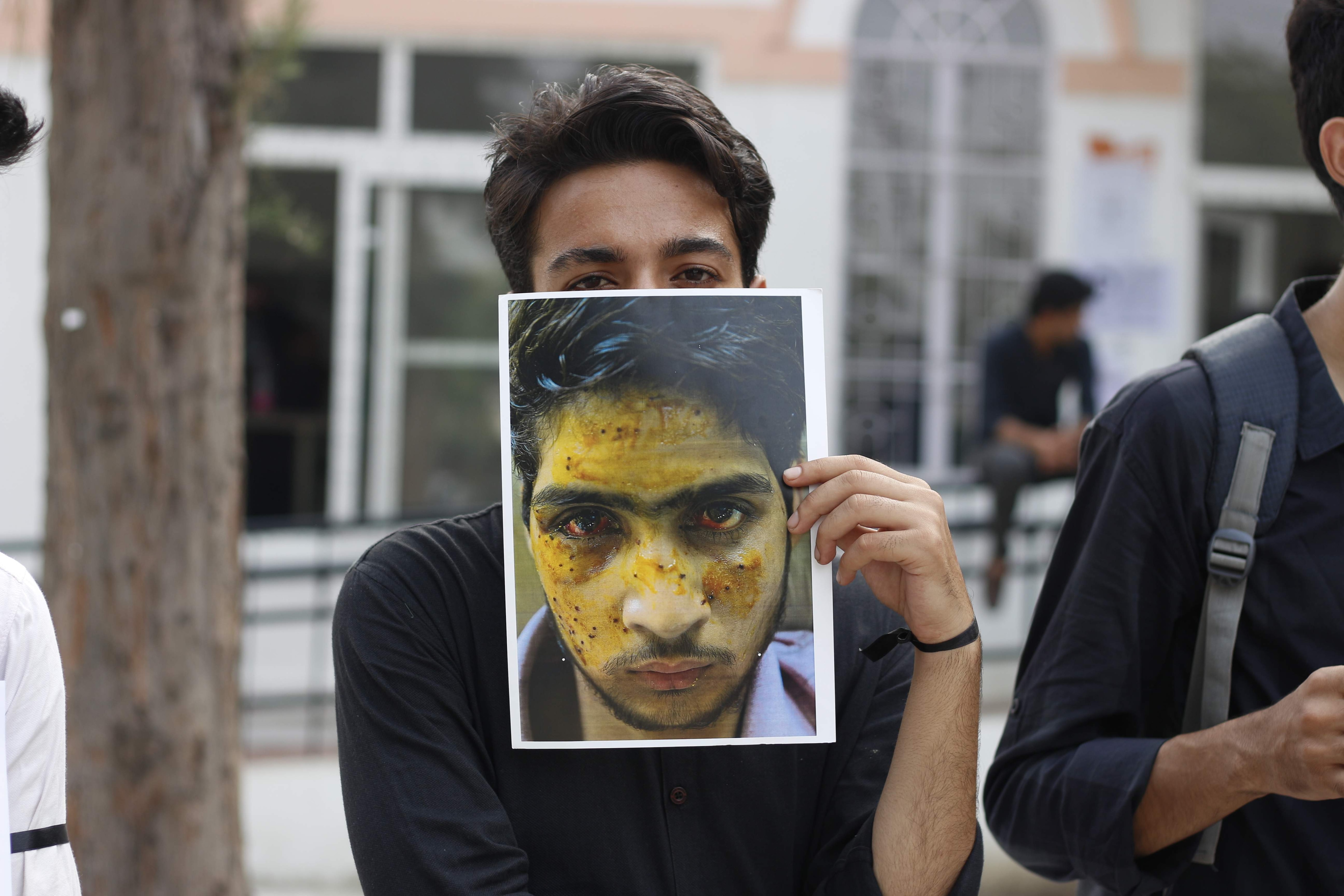 The students were called by the officials at the AMU Proctor's Office twice to discuss the details of the event and they claim to have explained to them that the event will be peaceful and within the permitted limits of the law. "The Proctor, AMU denied the permission for a peaceful exhibition on Kashmir without giving any valid reasons. We were shocked to see the permission being denied and were taken aback. We never expected a central university imposing a blanket ban on freedom of expression and banning an art exhibition on the crisis in the country that has been internationally debated," said Nihad, a native of Kerala. "Through art and photography, we intended to show to the world the seriousness of the crisis in Kashmir. We wanted to highlight that we, the Indian citizen, cannot accept that 13,000 people, including children, being illegally detained, civilians being brutally tortured, press freedom being curbed, courts being insensitive, streets being extensively militarised and educational institutions being locked down in our name," said a statement from the students of the university. The students harped on the fact that this had nothing to do with any political affiliation and that none of them was part of the union. Nihad and a few others were set to organise the exhibition on their own.

"Today, our silent march with hanging messages is a mark of protest against the university administration and the BJP ruled central government. We will be holding the exhibition after this silent protest with due permission from the university authorities on some other day," said Nihad.