The JNUSU members will be going hunger strike to protest against several issues, one being the fee hikes for some of the new courses

The Jawaharlal Nehru University Student Union has launched a hunger strike to protest the administration's 'anti-student' policies. After successfully protesting against the university's decision to increase the cost of the prospectus, the students are now fighting against many of the other new proposals.

The JNUSU has decided to sit on an indefinite hunger strike on Monday evening onwards and are inviting other students to join them too. In a statement, the JNUSU has stated that the administration is bring in new policies where the sole agenda is to 'discredit education and all social inclusive policies'.

The JNUSU writes that there cannot be a dual studentship,"One University should have one fee structure. MBA will not be 12 lakhs and engineering cannot be Rs 70,000. The fee must be Rs 283 only." The other policies that the JNUSU are fighting against is the administration's decision to stop the BA lateral entry programme and delinking MPhil and PhD programme. They are also demanding that the University re-introduce the deprivation point system and also stop online exams and the MCQ format of entrance exams. 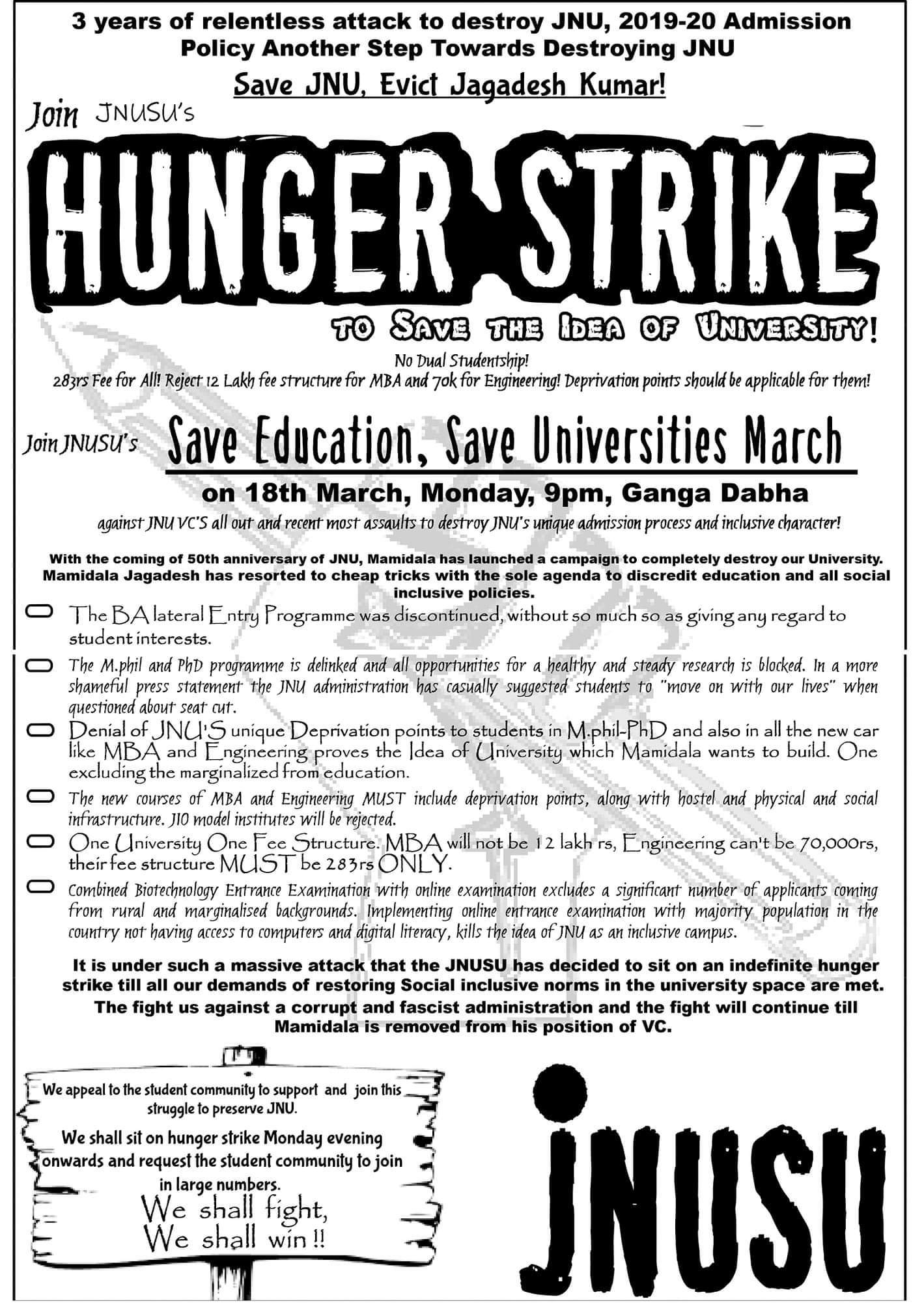 Speaking to Edex, Sai Balaji said that these are issues that directly affect the lives of the students on campus and thus they see no other way of demanding their rights. "The prospectus says there will be new MBA courses and other additions but where are the buildings? Where are the teachers for these courses? How can they propose such courses with absolutely no facilities in place?" he questioned, "Is this what they call the Jio model of education?"

Balaji also said that the atmosphere on campus is such that there is a constant threat to those who are exposing the corruption on campus. "Basically what they are saying is that if we expose any of the scams then we could get expelled. They are not allowing us to be students," he said.

Sai Balaji, on behalf of the Young India National Coordination Committee will also be releasing the 'Young India Charter' for 2019 elections. In a statement, he said, "We will also declare our plan of action and the role Young India will play in the upcoming Lok Sabha elections."