Battle for the hill: Meet the men who helped the tribals win back Bengal's Ayodhya Hills

Sourav and Suman spoke to the tribals and helped three of them, who were directly affected, to file a writ petition at the Calcutta High Court on January 16, 2019

It was a day of triumph for the people residing on the Ayodhya Hills in West Bengal and the two environmental activists, Sourav Mukherjee and Suman Mandal, who got the world to take notice of the blatant misuse of power to destroy a natural ecosystem and the livelihood of a cluster of tribal villages when the Calcutta High Court, on July 3, said that the Turga Pumping Project would endanger the forest and the human inhabitants of the Hills and is in violation of the Forest Rights Act, 2006. Edex had featured the environmentalist duo in the special anniversary edition dedicated to people working for the environment, or as we call them EcoSapiens.

A total of 234 hectares of forest land in the area has been sanctioned for construction of 1000 MW Turga Pumped Storage Project of the West Bengal State Electricity Distribution Company Limited (WBSEDCL). The duo spoke to the tribals and helped three of them, who were directly affected, to file a writ petition at the Calcutta High Court on January 16, 2019.

After filing several supplementary affidavits in relation with the Writ petition (W.P. 20576(W) of 2018 Rabi Besra & Others vs State of West Bengal & Others), with alleged proof of illegal felling of trees and proving that the petitioners, villagers who would lose their land if the pumping project is built, are indeed affected. The forest dwelling scheduled tribe, under the Scheduled Tribes and Other Traditional Forest Dwellers (Recognition of Forest Rights) Act, 2006 being the part of 234 hectares of the proposed Turga Project land in Ajodhya Hills would lose everything.

During the course of the hearing, the petitioners also alleged that the District Magistrate of Purulia has issued a fabricated and concocted certificate claiming that all procedures have been followed for conducting Gram Sabhas, to have the majority (50%) consenting about the project including the settlement of rights of the affected villagers under the project. They also mentioned how the Central Government has issued "in-principle" clearance of the project, without any application of mind. It is pertinent to mention here that the State appearing for DM and DFO did not file any affidavit, controverting the allegation made in the Writ Petition, neither did the Central Government. 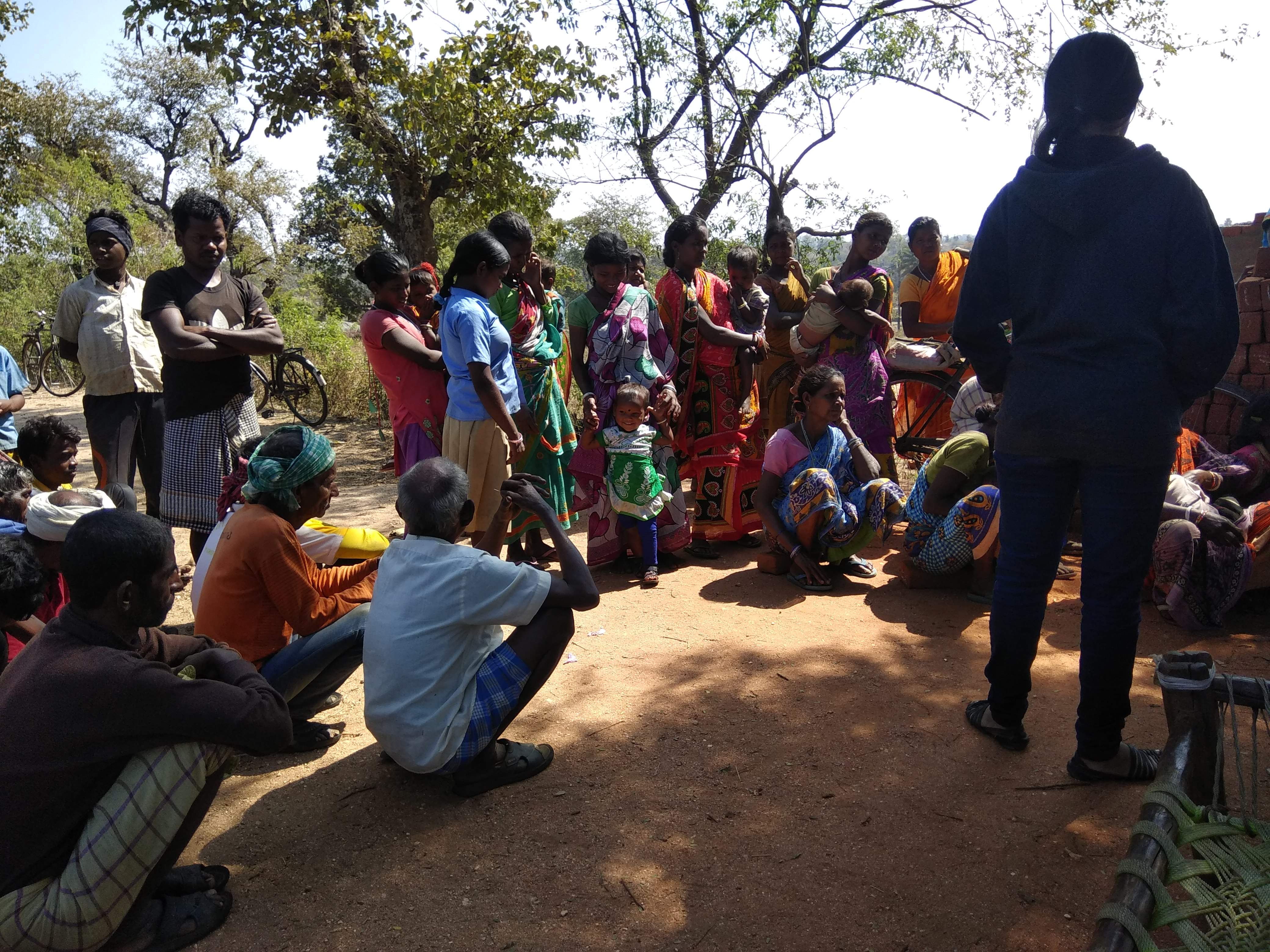 Consent or not: The resolution from the Gram Sabha had only 24 signatures while Sourav and Suman claim that 2011 census data shows that there are at least 1600 adults in the region so the resolution needs to be signed by 800 people

The residents who live in the 234 hectares that was sanctioned for the project —  Bagmundi Gram Sabha and Ajodhya Gram Sabha — constitute a major part of the Ayodhya Panchayat. And the government, before granting the Stage I clearance needed to get the consent from 50 per cent of the adults in the region — the resolution from the Gram Sabha had only 24 signatures while Sourav and Suman claim that 2011 census data shows that there are at least 1600 adults in the region so the resolution needs to be signed by 800 people. Sourav also claims that the local administration deceived the tribals and got them to sign the document. The government documents also claimed that 6,600 trees would be felled. But an independent study by the environmentalists found out that more than 2.5 lakh trees would be affected. "The government also said that it is just an independent project but actually they will be constructing four stations on one hill. Turga River does not have a lot of water. It's more like a mountain stream. So, to start a set of four projects at the same place the government needed to do an extensive cumulative impact assessment which they didn't," Sourav, who prefers the name Sourav Prakritibadi added.

After hearing the petitioners' counsel, the Court quashed and set aside the certificate issued by the DM, including the alleged resolutions of the two Gram Sabhas and as well as the "in-principle" Stage - I clearance issued by the Ministry of Environment, Forests & Climate Change (MoEF&CC), as being in contravention of the provisions of the Forest Rights Act, 2006. However, the Court declined the counsel's appeal for exemplary punishment of the District Magistrate with costs.