The Jamia Coordination Committee (JCC) that was formed after the recent incident of police brutality at Jamia Millia Islamia, conducted a public programme on Saturday on NRC and CAA: People's Movement and State Repression in front of Gate No 7 at the varsity. The programme began around 12.30 pm and witnessed a number of speakers such as Advocate Fawaz Shaheer, lawyer and member of the fact-finding team which visited Aligarh Muslim University, Abu Talha Abdal, student of JMI and member of the fact-finding committee which visited the campus, Dr N Sachin from Dayal Singh College, Huzaifa Amir, representative of Aligarh Muslim University Students' Union and activist-filmmaker Sanjay Kak. 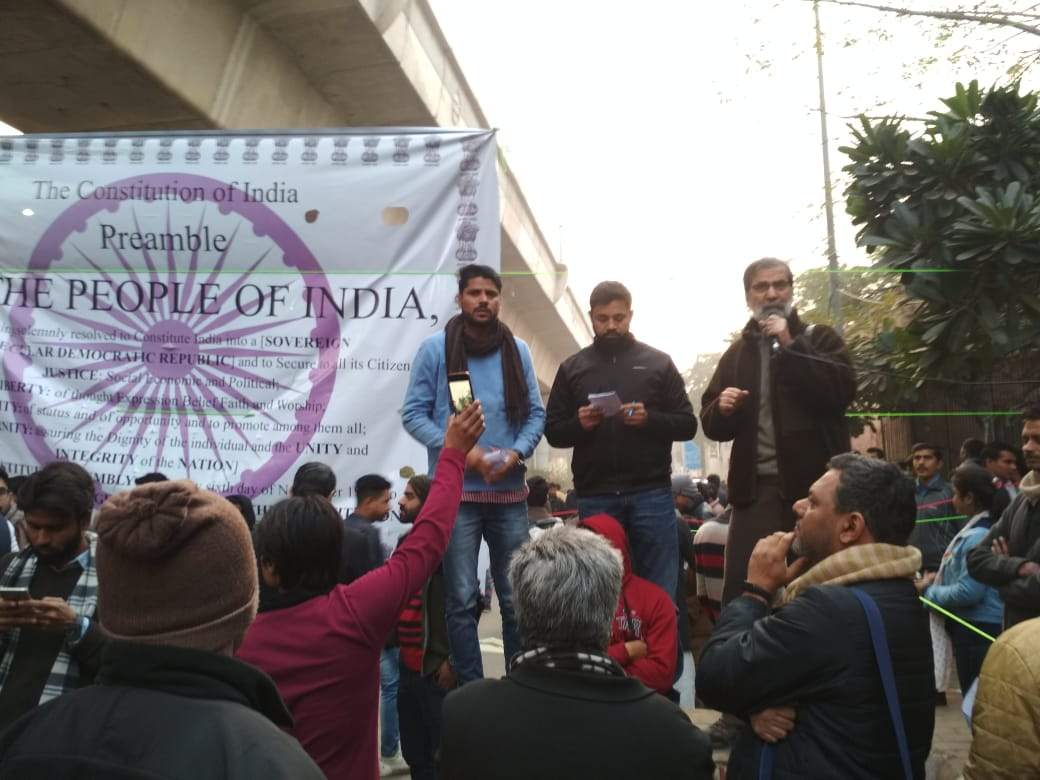 Students present at the programme said that the aim of this gathering was to educate people about the Citizenship Amendment Act (CAA) and the National Register of CITIZENS (NRC). "We will continue the protests through lecture sessions and preamble reading. Just raising slogans won't help but we need to educate people about the issue. We want to educate people why it's happening and what could be done — make people aware of the things that are going on in the country," said Sadaf Nasar, a Jamia Millia Islamia student, who was also a part of the organising committee. Another student, who wanted to remain anonymous said, "The speakers were explaining CAA, NRC to the people present — why we want it revoked or aspects of it reconsidered. We also discussed the Jamia violence, the brutal action taken by the Delhi Police and why they should apologise for it."

Jamia students have been protesting since the CAA was passed earlier this month. On Saturday, the JCC also condemned the incident of police brutality that unfolded at Daryaganj in Delhi the day before. The protestors were beaten up and legal-medical aid was denied to them. At least 40 people were detained, including eight minors. Journalists, who were on-site, were also physically assaulted. A standoff between the police and protesters also occurred at Jama Masjid, which ended with the arrest of Bhim Army leader Chandrashekhar Azad early Saturday morning after he blindsided the police and avoided capture a couple of times on Friday.