A varsity that they can call their own: Why students in Ladakh are protesting for a University back home

With no higher education options available to them, the students in the region are forced to study outside the state, drastically impacting their financial status

Ladakh covers almost two-thirds of the state of Jammu and Kashmir and yet, even 72 years after independence, it doesn't have a university of its own. A few days ago, several student organisations from across the region came together to protest and demand that the state government set up a full-fledged university in Ladakh — a long cherished dream.

According to the statement put out by the student organisations, around 90 percent of the students in the region are forced to seek higher education outside the state because of the poor quality of the education in the colleges there — two each in Leh and Kargil. Currently, there are eleven universities in Jammu and Kashmir out of which six are in Jammu and five are in Kashmir.

In their statement, the students say that the migration of the students outside the region has drastically affected the economic condition of Ladakh. The statement declared that Ladakh spends more of its money on its defective education system, "This economy can be used for the development of the region if good quality education is made available in Ladakh itself," the students said. 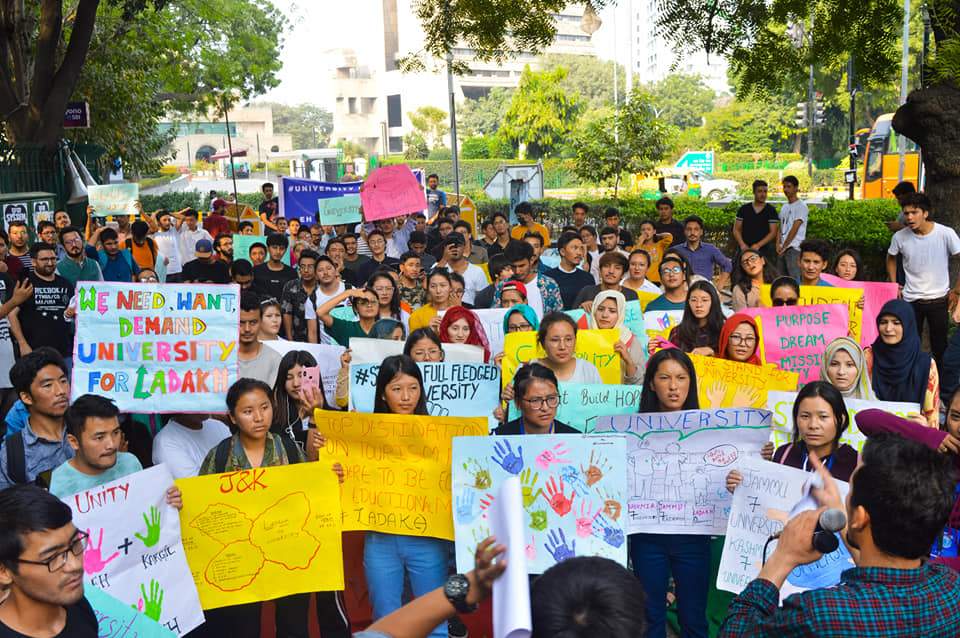 Need of the Hour: Students are often forced to spend a lot of money tying to find education outside, many often dropping out midway/Facebook

"The magnitude of psychological, physical and financial problems that a student faces when they are forced to move out of Ladakh is not something that our government and bureaucrats seem to care about," the statement read. Another issue that the students mention is that the forced immigration of student and their successive settlement in the metropolis is also affecting the demography or the region — especially along the border — and a university could mitigate this problem.

With the establishment of a proper university the students hope that because of its unique topography, the University could specialise in the domain of Mountain Studies, Environmental Studies, Climate Change Studies, Glacier and Water Studies, Geology, Buddhism & Islamic studies, Sustainability and other field of sciences, which can add values to higher studies programs in India. Considering its high-altitude location, it can even draw students and researchers from other countries to study highly specialized subjects.

The students had demanded a central university in 2012 but they were awarded a satellite campus in Leh and Kargil, but it failed to bring in students because of the lack of subject combinations. There was a lack of coherence among the the degree colleges of the Ladakh regions, the off site campus and Kashmir University.

The protesting students stated this time the protest will continue throughout India till a university is sanctioned for the region.