Bahujan Azad Party, set up by a group of IIT and IIM graduates, hopes to redefine the face of Indian politics by giving equal opportunities for the oppressed castes

Having grown up in a small village in Bihar, Naveen Kumar has faced countless instances of discrimination for being a Dalit. It was a reality that he had to live with during his time at IIT Delhi. “I was made aware of my lower caste identity from a very young age. In my village while growing up, I used to be the captain of whatever game we were playing. But when I visited my friends’ homes, they would make me wait outside because of who I am. It was like I was a boss on the ground, but a mere Dalit off the ground,” says Naveen, the founder of Bahujan Azad Party (BAP).

For young Naveen, it wasn’t this discriminated childhood that scarred his spirit, but the realisation that despite his academic excellence, he was still looked down upon in a city as cosmopolitan as Delhi. “I worked really hard to get into IIT. In fact, I started preparing from class IX onwards and went to Kota for further preparations. But that wasn't enough for people. When I joined IIT Delhi, some of them told me that I was here based on reservation and not my merits,” says Naveen. 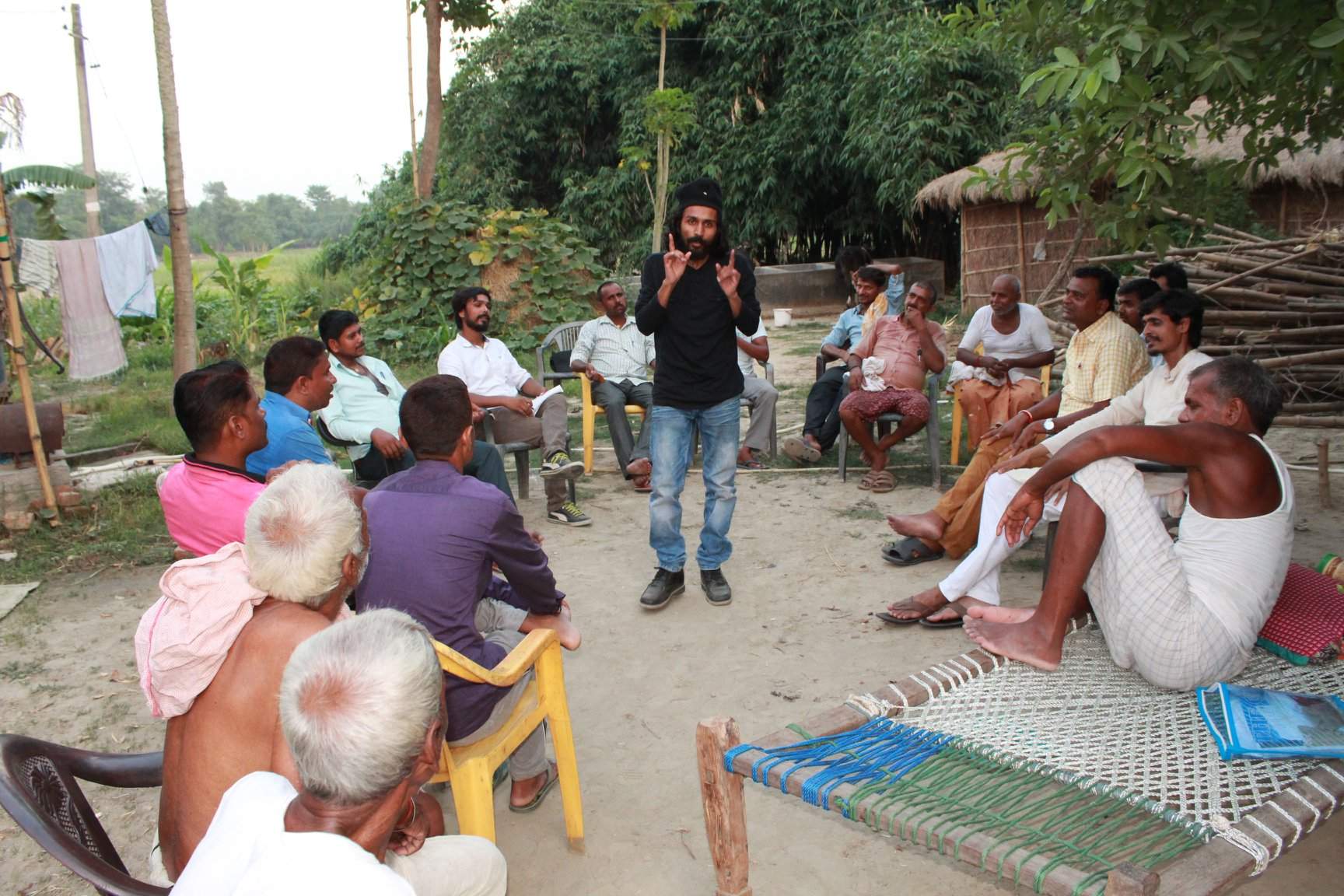 Grassroot level: BAP believes in strengthening their support at the ground-level. Naveen Kumar discussing their party motto with the villagers in Bihar

Having had enough of this general apathy, he decided it was now or never. “After so many years of reformation, it is still unfortunate that so many of us are being discriminated on the basis of our caste. I just couldn’t stand back and watch it and I don’t want my children to go through the same thing,” says Naveen.

Bahujan Azad Party was thus conceptualised at IIT Delhi along with his friends. Established in April 2018, the party strives for the representation of the SC, ST and OBC communities in mainstream society. While a majority of the party members are alumni of IITs and IIMs from across the country, Naveen says that people from all walks of life are welcome to join them and fight at the grassroots level. "Our main aim is to ensure social justice — we want to put an end to cow-vigilantism and mob lynching — and our second priority will be the representation of the downtrodden in mainstream media, politics and judiciary, to name a few,” he says.

For a party that was just established two months ago, the response from the masses, irrespective of their caste or religion, has been good with close to 500 IITians joining the party, and they are constantly bombarded with phone calls and email inquiries. “I received close to 20,000 emails from people across the country asking us about our agenda and motives. Some even tell us that they've pinned their hopes on BAP and have warned that if we mess up, they will be the first ones to kick us out,” Naveen says, humbly.

However, a party established for the minority community isn't something new in the Indian political scene. Regarding how different they would be from existing bigwigs, Naveen says in a nonchalant tone, “Had they delivered on their promises, I don’t think there would have been a need for a bunch of IIT and IIM graduates to come together and form a party for the downtrodden.”