Heritage Hit: 2017, the year that brought an end to old Indian pride

Bengaluru lost an over 100-year- old priceless city landmark to demolition, a modern architectural marvel was torn down in Delhi while Ahmedabad became Indias first World Heritage City in the past year. In 2017, damage and dismantling of heritage properties dominated the headlines, but news of UNESCO honours provided moments of cheer.

In Bengaluru, Krumbiegel Hall, named after the legendary landscape architect G H Krumbiegel of Lalbagh gardens fame and lying in neglect for years, was dismantled late November by authorities, sparking outrage. The irony could not have been more pronounced, as the iconic building in the famed garden of Bengaluru was bulldozed to a pile of rubble, coinciding with World Heritage Week. 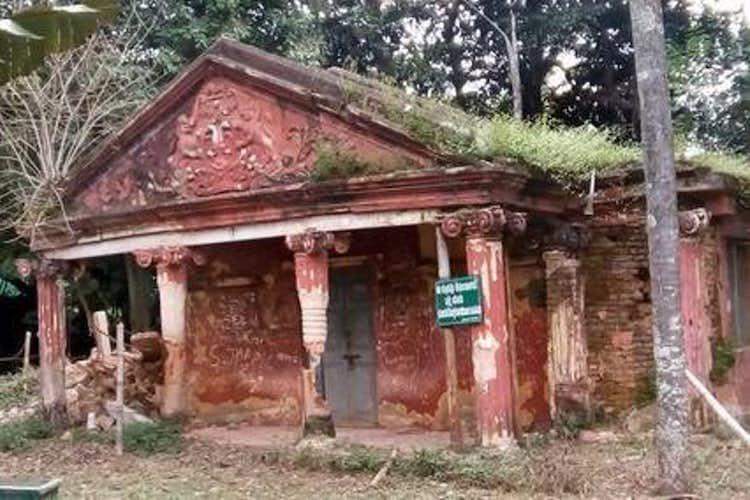 Tales of decay and neglect of heritage preceded the demolition in eastern parts of the country in 2017, with a landmark house in Patna where Mahatma Gandhi had stayed during his first visit to Bihar in 1917, being demolished. In early 2017, the middle portion of the house, privately owned, was demolished leaving a wide and horrendous void between the two parts left on each side, highlighting the vulnerability of unprotected heritage buildings in Patna.

Incidentally, heritage activists had been demanding conservation of that house and with the Bihar government celebrating the Champaran Satyagraha centenary in a big way, there was hope that the landmark would be declared protected.

But, in a bigger jolt, the demolition coincided with the year of the centenary. The charming house built in European style had long lost its glory, with a multi-storeyed complex erected a few decades ago on what was once its famed garden, eclipsing its view from the main street.

The Hall of Nations and The Hall of Industries, two of the national capitals iconic modern architectural landmarks, built in the 1970s and celebrated globally, were dismantled in April after its architect Raj Rewal and INTACH lost a legal battle with the government. Possibly, India's first pillarless structure, the Centres move to demolish it, to make way for a state-of the-art exhibition-cum-convention complex, was met with impassioned pleas from art houses and galleries globally, including the Museum of Modern Art (MoMA) in New York.

In Old Delhi, walls of a heritage precinct in Shahjehanabad, abutting a listed haveli were spray-painted by a well-known private shoemaker firm as part of a shoot of a campaign video in September. A little over a month later, INTACH Delhi after learning of the episode, expressed outrage over the act which galvanised into a public outcry, prompting an apology from the company which also promised to restore tell look-and-feel of the wall.

The capital's Coronation Park too made headlines for awful reasons, as the iconic obelisk on its ground commemorating the 1911 Delhi Durbar, stood defaced on its anniversary. However, amid these moments of loss and decay, a rare honour came by for India in July, and with it a big responsibility.    Ahmedabad, the city endowed with rich architectural and cultural heritage was declared by UNESCO as a World Heritage City, the first such honour for India, but experts have cautioned that defending the title is the next step for the city after earning it, given the rapid urbanisation.

November also brought some cheerful news for heritage lovers, as two grand restoration projects in Mumbai -- the Royal Opera House and Christ Church -- and a temple in Tamil Nadu, won the Award of Merit in the UNESCO Asia-Pacific Awards for Cultural Heritage Conservation. Besides, the over 150-year-old Wellington Fountain and Bomonjee Hormarjee Wadia Fountain and Clock Tower in Mumbai also earned an honourable mention in the award, which also included Dharampura Haveli in Old Delhi and a fort in Madhya Pradesh. 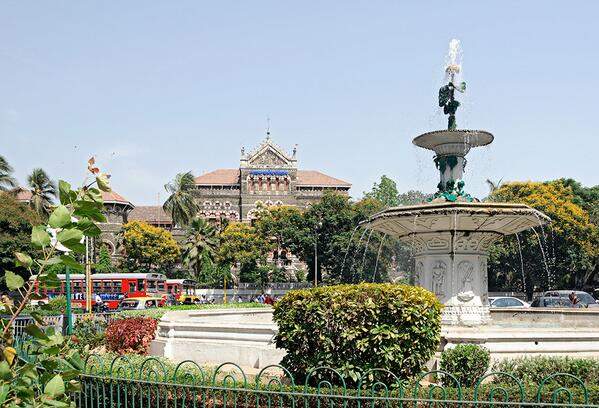 Forgotten Old: The Wellington Fountain situated in South Bombay's Colaba has over the years dilapidated and degraded thanks to the government's neglect

Noted conservation architect Vikas Dilawari, who helmed the Christ Church project in Byculla and the restoration of the two Mumbai fountains, is hoping that 2018 will bode better for the country's built heritage. "Conserving our built heritage is a constant battle, with insensitive development always as a threat to it. Good to see that some efforts were rewarded.

"For the future we can hope that the government, at all levels, is more sympathetic to conservation. We have smart cities, SEZ etc, but why not our own heritage city branding. Daman, Puducherry, Chandigarh, do classify under it," Dilawari said.