We reject your ideology and your hegemony: TISS students' open letter is an eye-opener

While the main concern is SC/ST scholarships, off-campus students are also taking the opportunity to talk about other pressing issues on their campus

Try and win them (students) back now or lose them forever — this is the last line of a letter that the Student Council of the TISS Guwahati campus wrote to the acting TISS administration in Mumbai. In a strongly worded letter, the Student Council has written to the board calling out their 'methods of privatising the education' - " You exist because we exist. You succeed because we toil and toil. Your image is not our burden, it is your responsibility. Do not try to trap us in tropes of our actions tarnishing your image. Do not try to trick us into believing that we deserve the reactions you give. We reject your hegemony. We reject your ideological framings. We reject a flashback of centuries of historical oppression and we turn down your attempts of exploitation by a system in utter deficit of moral and social values.

Students across TISS campuses have been protesting for over a week against the institute's decision to stop scholarships for SC/ST and OBC students. The vast alumni circle has also come forward in support of the struggle and the teaching staff has also joined hands with the students. The protests are only growing bigger as more and more universities are coming out in support of the students including DU, JNU, University of Hyderabad, Pondicherry University and several other Universities — especially the SC/ST/OBC circles from various other colleges from India and outside. 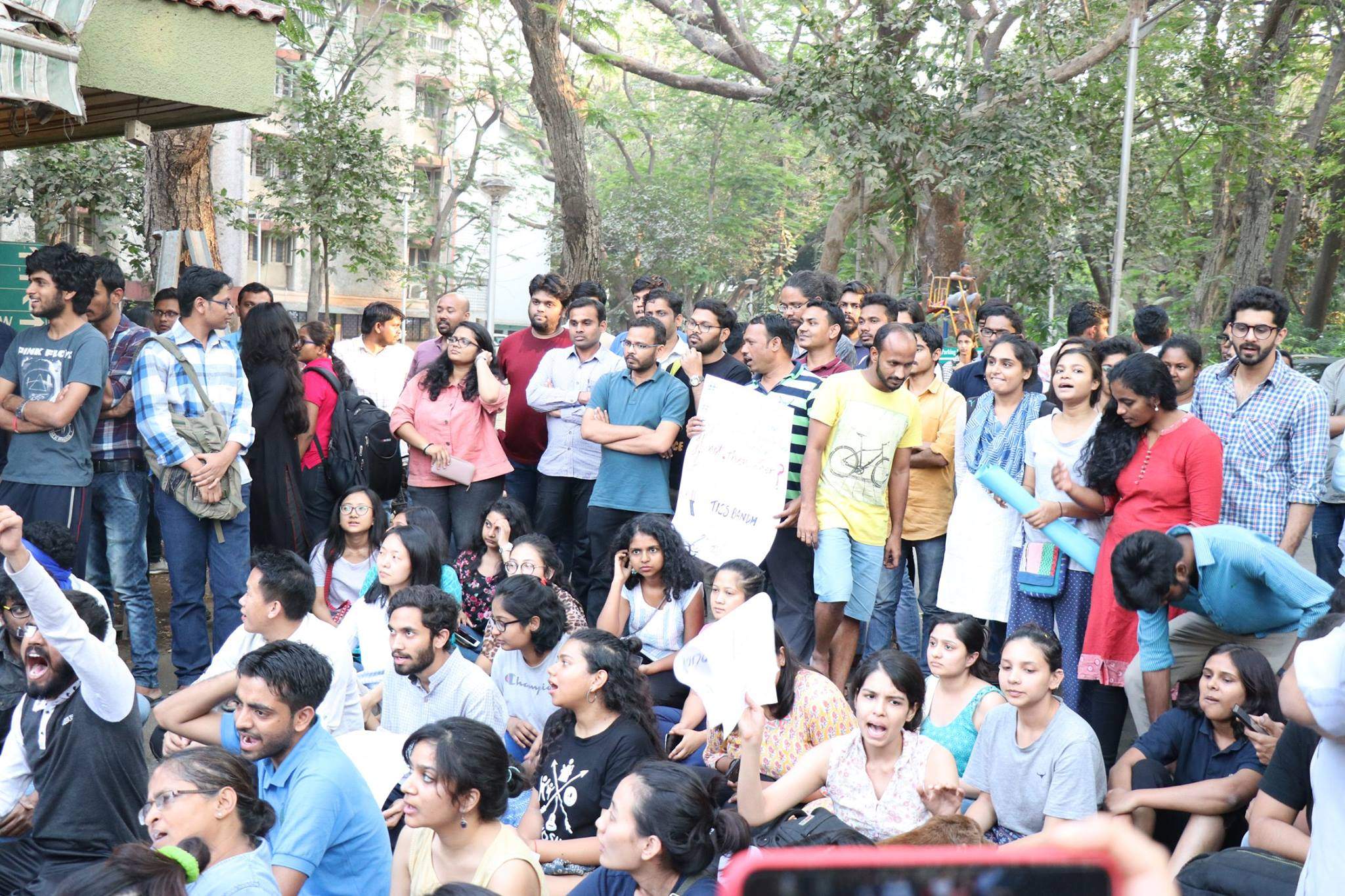 INJUS-TISS: Students from campuses across the state and in other Universities have also come out in solidarity

While the TISS community is strongly rallying with each other, the off-campus students have also taken the opportunity to point out to the ways in which they are discriminated against because they are off-campus. "All this while we have not been able to speak up about all the issues that we face. We understand that Mumbai is the main branch of the institute but that does not mean that they can neglect the other campuses. The infrastructure, the administration and the teaching faculty are all not on par with Mumbai and for every issue that we face we have to contact Mumbai, which makes no sense," a student said. "We are taking this opportunity to get the administration to notice these problems as well," a Student Council member said.

- The students have a Student Council but are demanding a Student Union so that they can be involved in all the decision making.

- An Independent Authority which:

- Physically available on the campus

- Must have student representative from all categories

"One of the main concerns, the most primary need of all off-campus is to have an autonomous body that is independent of the Mumbai administration. Even for the smallest of issues we are having to contact people in Mumbai which is not feasible at all. We should have an authority on campus who can take a decision and the student council on campus should be able to participate in the decision-making," a  student council member said.