Democracy a victim of social media: Find out what these former employees have to say

The site will include data on the health effects of different technologies and ways to make products that are healthier, media reports said

In their race to monetise our attention, technology platforms like Facebook, Twitter, Instagram, and Google are hijacking our minds and society, says a group of technologists who were early employees at some of these companies.

The cohort is creating a union of concerned experts called the Center for Humane Technology, a media house reported on Sunday. The big technology platforms have produced amazing products that have benefited the world enormously, but with their use increasingly persuasive techniques to keep us glued, these companies are now adversely affecting our mental health, social relationship and democracy, according to the Center for Humane Technology.

Designed on the model of anti-smoking drives, the group, along with the nonprofit media watchdog group Common Sense Media, is also planning an anti-tech addiction lobbying effort and an ad campaign, titled The Truth About Tech, the report said.

Reflections on the ill effects of technology are now coming from different quarters at increasing frequency. Delivering his remarks at the annual World Economic Forum at Davos in January, billionaire investor George Soros called Internet "monopolies" such as Google and Facebook an obstacle to innovation and a menace to society. 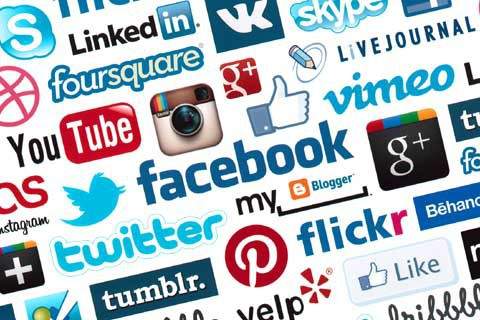 Social media companies influence how people think and behave without them even being aware of it. This has far-reaching adverse consequences on the functioning of democracy, particularly on the integrity of elections

Soros, who created the Open Society Foundations to support democracy and human rights in countries around the world, said that social media companies deliberately engineer addiction to the services they provide. Warning of the dangers of social media for kids, over 100 child health experts on January 30 urged Facebook to halt Messenger Kids, a video calling and messaging app designed for the under 13s.

In an open letter to Facebook CEO Mark Zuckerberg, the experts said that the "younger children are simply not ready to have social media accounts". The Truth About Tech campaign by Center for Humane Technology will be aimed at educating students, parents and teachers about the dangers of technology, including the depression that can come from heavy use of social media.

"We were on the inside," Tristan Harris, a former in-house ethicist at Google who is heading the new group, was quoted as saying. "We know what the companies measure. We know how they talk, and we know how the engineering works," Harris said.

Apart from Harris, the centre includes Sandy Parakilas, a former Facebook operations manager; Lynn Fox, a former Apple and Google communications executive; Dave Morin, a former Facebook executive; Justin Rosenstein, who created Facebook's Like button and is a co-founder of Asana; Roger McNamee, an early investor in Facebook; and Renee DiResta, a technologist who studies bots.

The group says it wants to create humane design standards, policy, and business models "that more deeply align with our humanity and how we want to live". Its first project to reform the industry will be to introduce a Ledger of Harms? a website aimed at guiding rank-and-file engineers who are concerned about what they are being asked to build.