The Supreme Court on Monday directed Hadiya, the converted woman in the alleged love-jihad case and sent her to Salem in Tamil Nadu so she could pursue homeopathic studies. A bench headed by Chief Justice Dipak Misra directed the Kerala police to provide Hadiya with security and ensure that she travelled to Salem at the earliest.

The apex court appointed the dean of the Salem-based Sivaraj Homoeopathic Medical College & Research Institute as Hadiya's guardian and granted him liberty to approach it in case of any problem. Hadiya has been staying with her parents for several weeks.

The Bench, also comprising Justices A M Khanwilkar and D Y Chandrachud, directed the college and the university to re-admit Hadiya and grant her hostel facilities. During the over two-hour long hearing, the woman said she wanted to go with her husband Shafin Jahan. The top court fixed the hearing on Jahan's plea against the Kerala High Court order annulling his marriage with Hadiya to the third week of January next year. 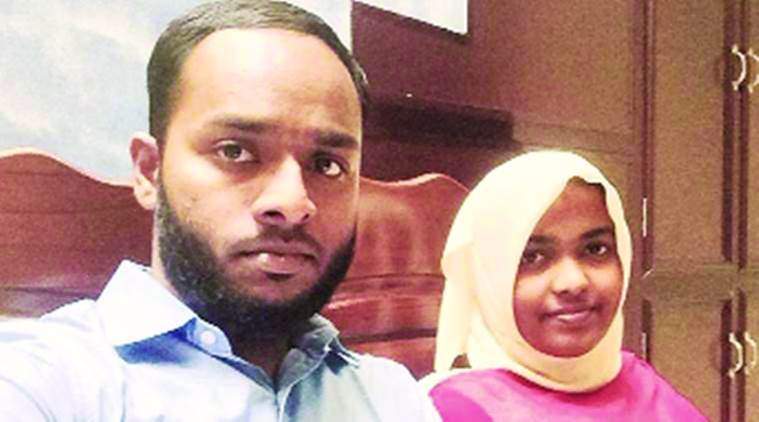 Null and Void: Jahan had on September 20 approached the apex court seeking a recall of its order directing the National Investigation Agency (NIA) to investigate his marriage to a Hindu woman

The Kerala High Court had annulled the marriage terming it as an instance of 'love jihad', following which he had approached the apex court. The top court had on August 16 directed the NIA to probe the incident under the supervision of retired apex court judge, Justice R V Raveendran.

Jahan, who had married a Hindu woman in last December, had moved the apex court after the Kerala High Court annulled his marriage saying it was an insult to the independence of women in the country. Hadiya, previously a Hindu, had converted to Islam and later married Jahan. It was alleged that she was recruited by Islamic State's mission in Syria and Jahan was only a stooge.

Ashokan K M, her father, had alleged that there was a "well-oiled systematic mechanism" for conversion and Islamic radicalisation. The high court, while declaring the marriage as "null and void", had described the case as an instance of 'love jihad' and ordered the state police to conduct a probe into such cases.