Green Days: This teacher from Kozhikode has transformed his school compound to a green hub

Ranjith Raj loved his job and the eco-club so much that he continued to work there unpaid till he got his orders from the government. Read to know more!

A cool breeze from the swaying trees welcomes you at Ramakrishna Mission Higher Secondary School at Meenchanda in Kozhikode as the scorching summer heat hits you. The rich gardens have a long tale of efforts to tell — by the students and teachers here. So have the solar panel and the biogas plant, which produce gas to cook the midday meals and bio-fertiliser for the vegetation.

Led by Ranjith Raj, the school’s nature club, Prithvi, has transformed the school compound into a green yard, rich in vegetation, medicinal plants, and shadow trees. Under Prithvi, the vegetation is now grown in the courtyards and terraces of several nearby houses, two temples, and two mosques. 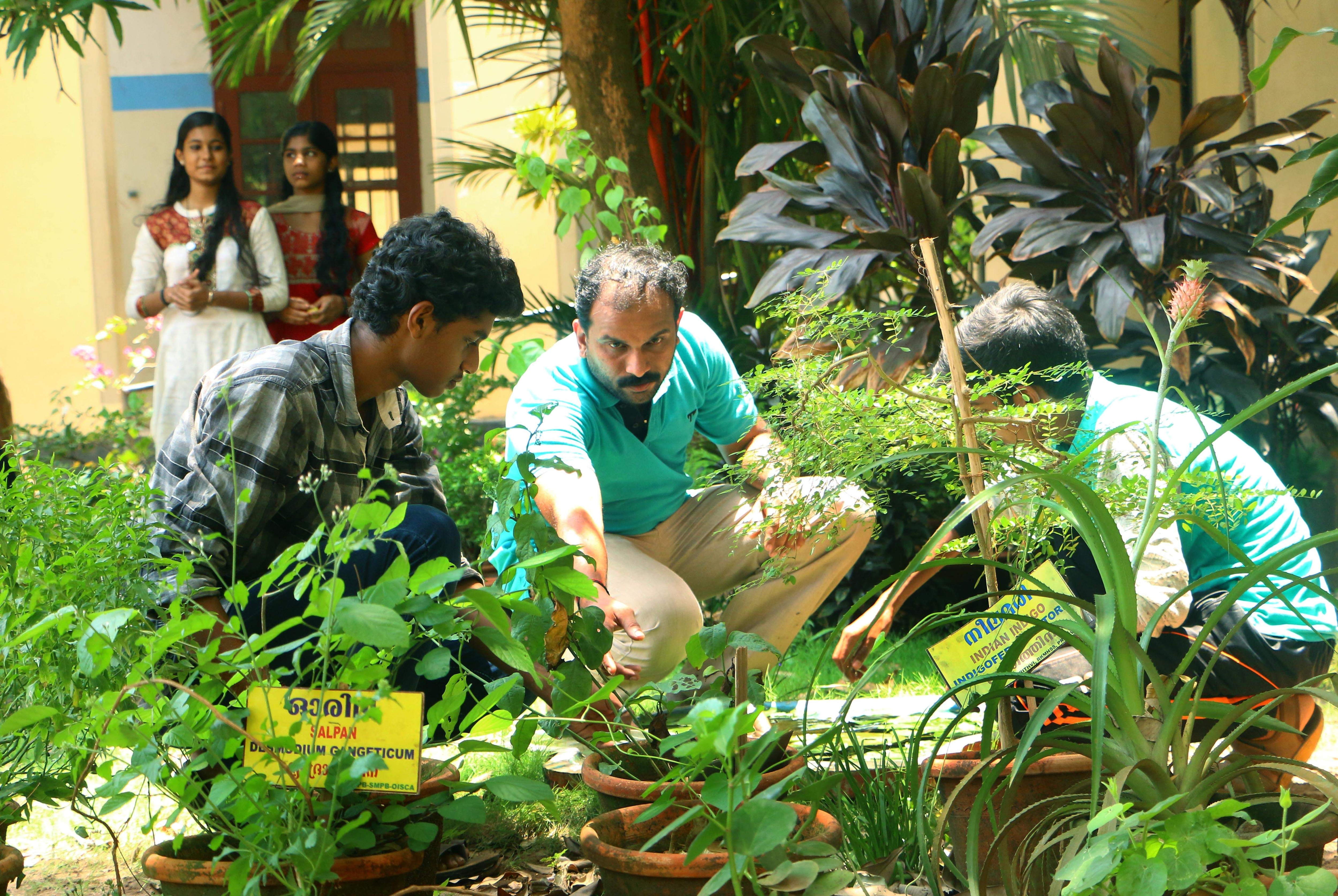 Go Green: He transformed the school compound into a green yard

For this BEd graduate from S N College, teaching was the default option. But, to become a teacher wasn’t a walk in the park (pun intended!). After completing his degree, Ranjith joined Ramakrishna Mission Higher Secondary School as a Mathematics teacher for four months as part of the training. But the school management was so enamoured by his performance that they invited him to take up a temporary post to handle the excess number of students. But the young teacher remained unpaid till 2011, when his confirmation was passed by the government. “I didn’t give up because I was enjoying the profession. The students and activities kept me alive and helped me forget my difficulties,” says Ranjith, the son of an ex-serviceman and a teacher. 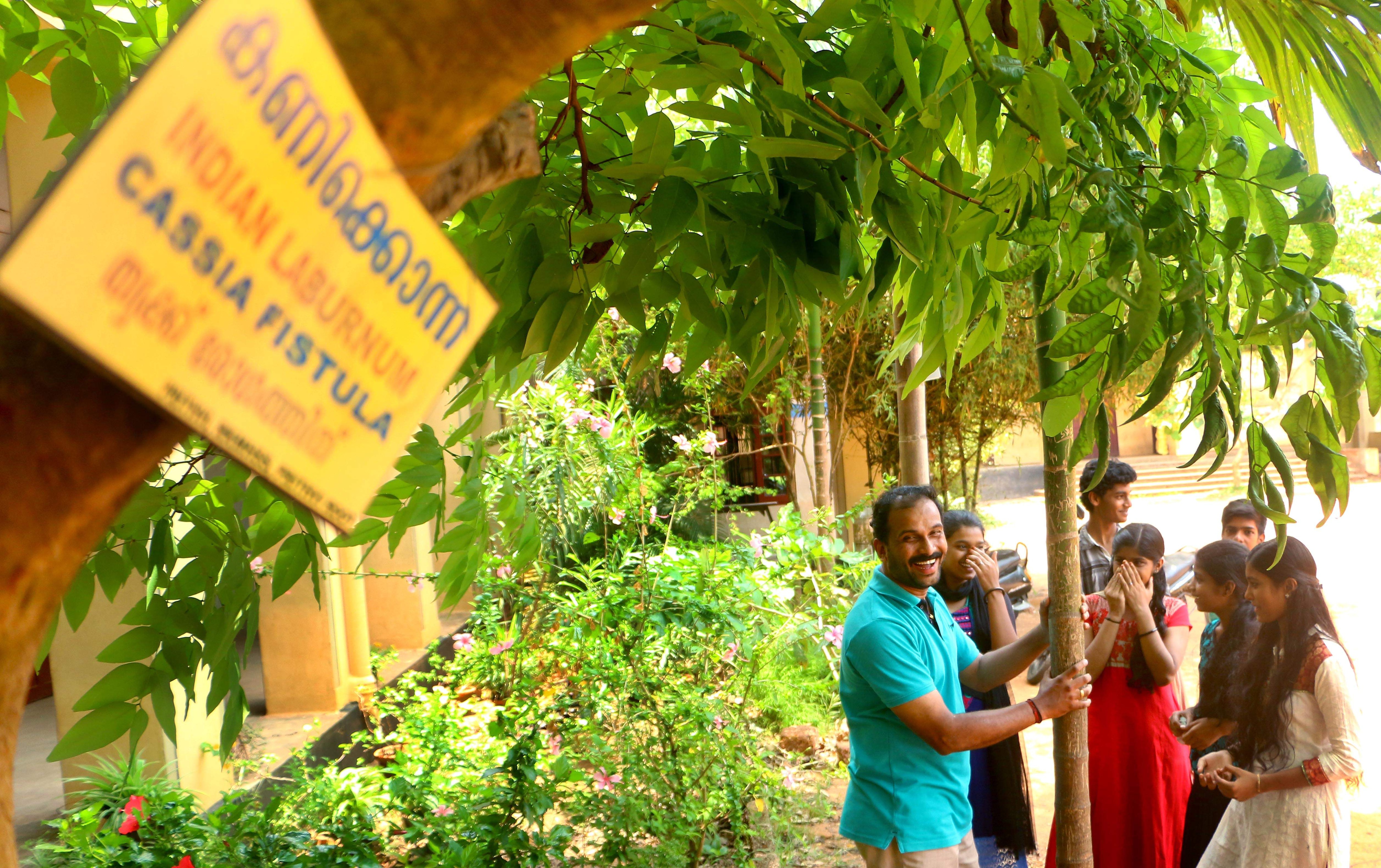 Today, the school owes much to Ranjith, who has been playing the dual role of a teacher and the nature club coordinator. Formed in 2006, Prithvi nurtures an environment-concerned generation as well as promotes a pro-environmental lifestyle among the public. “I had the privilege of being the assistant coordinator of the club soon after I joined the school. And the baton was passed down to me by the founding coordinator within six months,” says Ranjith. In 2013, various activities of the ten-year-old club bagged the state eco-club award. 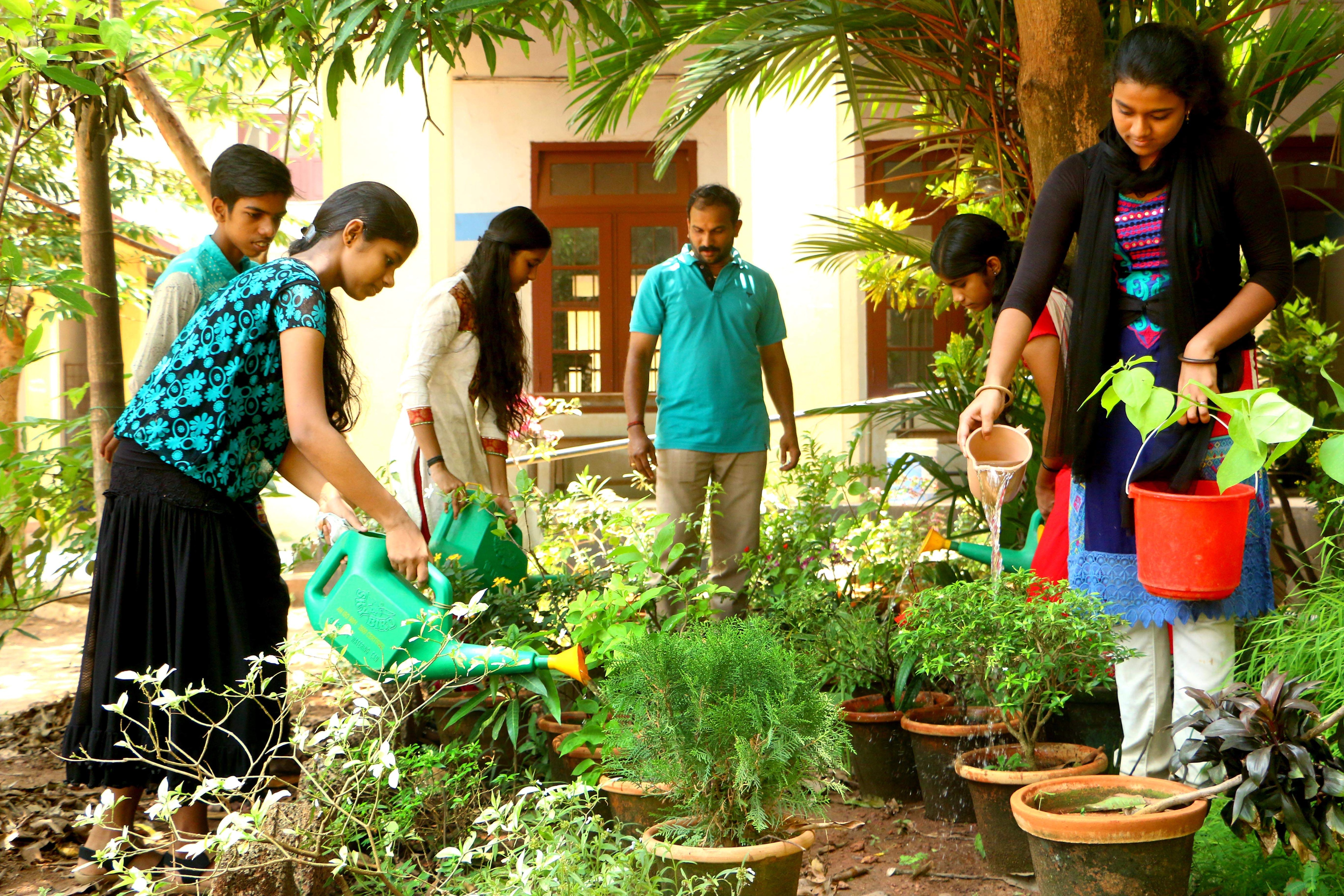 The club also received the award instituted by the Union Ministry of Environment and Forests, in association with the Kerala State Council for Science, Technology, and Environment twice. The `1 lakh prize money received in 2010 was utilised by the school to install a solar panel. The prize money was used to set-up a biogas plant, which not only produces the gas required to cook the midday meals, but also the bio-fertiliser used for the plants.

The school has also tried its hand at rice production. They had adopted a single paddy cultivation system or System of Rice Intensification two years ago to grow 37 varieties of rice. Unlike the theoreticians who go extreme vocal, when it comes to environment conservation, Ranjith is an environmentalist in the true sense. 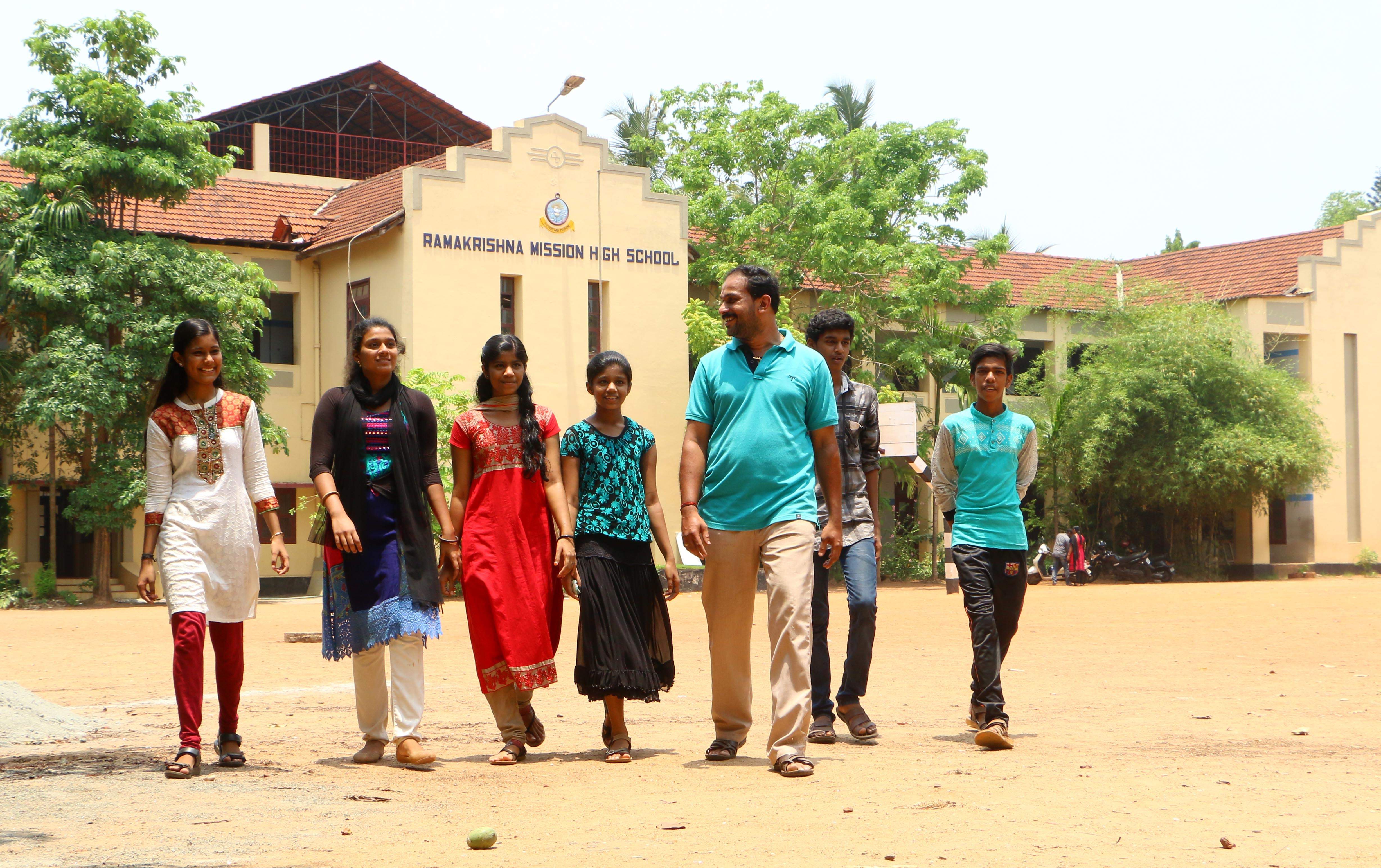 Walk of victory: Ranjith along with the students have set-up an ‘eco-friendly square’ consisting of 384 houses, 86 shops, 2 temples, 2 mosques and 2 public health centres

The bare land of the school compound has been turned into vegetable and herbal gardens. And the trees lend a forest-like touch in the middle of the city. The green activities of the club have now spread its wings further. Ranjith along with the students have set-up an ‘eco-friendly square’ consisting of 384 houses, 86 shops, two temples, two mosques and two public health centres in the locality of the school. “Our students help the people living within the square grow their own vegetables, and they also plant vegetables and trees on the premises of dedication centres,” he says.