Despite 'America is safe' rhetoric, Indian applicants to US varsities drop by 'almost half' during Trump administration

With mounting concerns in the wake of an uncertain immigration ban, increasing acts of discrimination and attacks on Indians in the USA, applications to varsities have taken a hit

For the last three months, American universities have been going out of their way to assure countries which provide them with substantial numbers of international students - like India, China, and South Korea - that their Campuses are safe. And that they're "welcome" to take a shot at the American dream. What they've found, though, is that it doesn't take too much to scare parents who're sending their kids halfway across the world to get degrees.

Talk of an immigration ban gets you halfway there. A few racially-motivated attacks will take you to the edge. Throw a shooting into the mix and you've got yourself a deal breaker. Just shy of six months to the day Donald Trump took over as leader of the free world, college applications from India - one of the largest exporters of students to the US - have dropped. And dropped hard.

Kansas is taking a beating this fall, and it's not on the football field

Among the most affected are the folks at the University of Missouri Kansas City (UMKC), which was in the news cycle in February because of the shootings. The University, which is just about 30 miles shy of the pub where Indian techie Srinivas Kuchibholta was shot and killed and his friend Alok Madasani just about survived the attack by a shooter who allegedly mistook them for Iranians, has reported a 48 percent drop in the number of admissions from Indian students this academic season. "All US schools are seeing a drop in applications and it's related to the things that are happening with our government and the shootings," admitted Tamara C Byland, Director of Admissions and International Student Affairs at UMKC. Fear spot:  Austins Bar and Grill where two Indians were shot in February because they were mistaken for illegal immigrants from Iran

Though there's still time to close admissions, considering we're barely at the cusp of June, this is worrisome for universities as students are putting them on 'hold' for a change, "We are 48 percent lower (on Indian admissions) this year for the Fall 2017 intake and that's telling. Some of them are saying that they are waiting a year and then seeing what to do after that," she added thoughtfully, "Till last year a lot of people would choose the Midwest because it was safe, but the shootings have sort of affected that."

Since when did Indian students take a break? Hold on now

With the visa situation for India students wanting to work in the US not offering much cheer, Indian students are weighing their options - especially now that Canada and Australia have brought their A games to the plate - rolling out roadshows, offering scholarships, slashing fees and talking about how they're safer and discrimination-free.

At George Mason University, students have been expressing interest during their various canvassing trips to India and have mad enquiries, but barely any of them have paid deposits to confirm their seats yet - which is a compelling sign. Amy Takayama-Perez, who serves as the Dean of Admissions at the varsity that sits just outside Washington DC, said that they were mulling over extending the admission deadlines to see if things picked up. 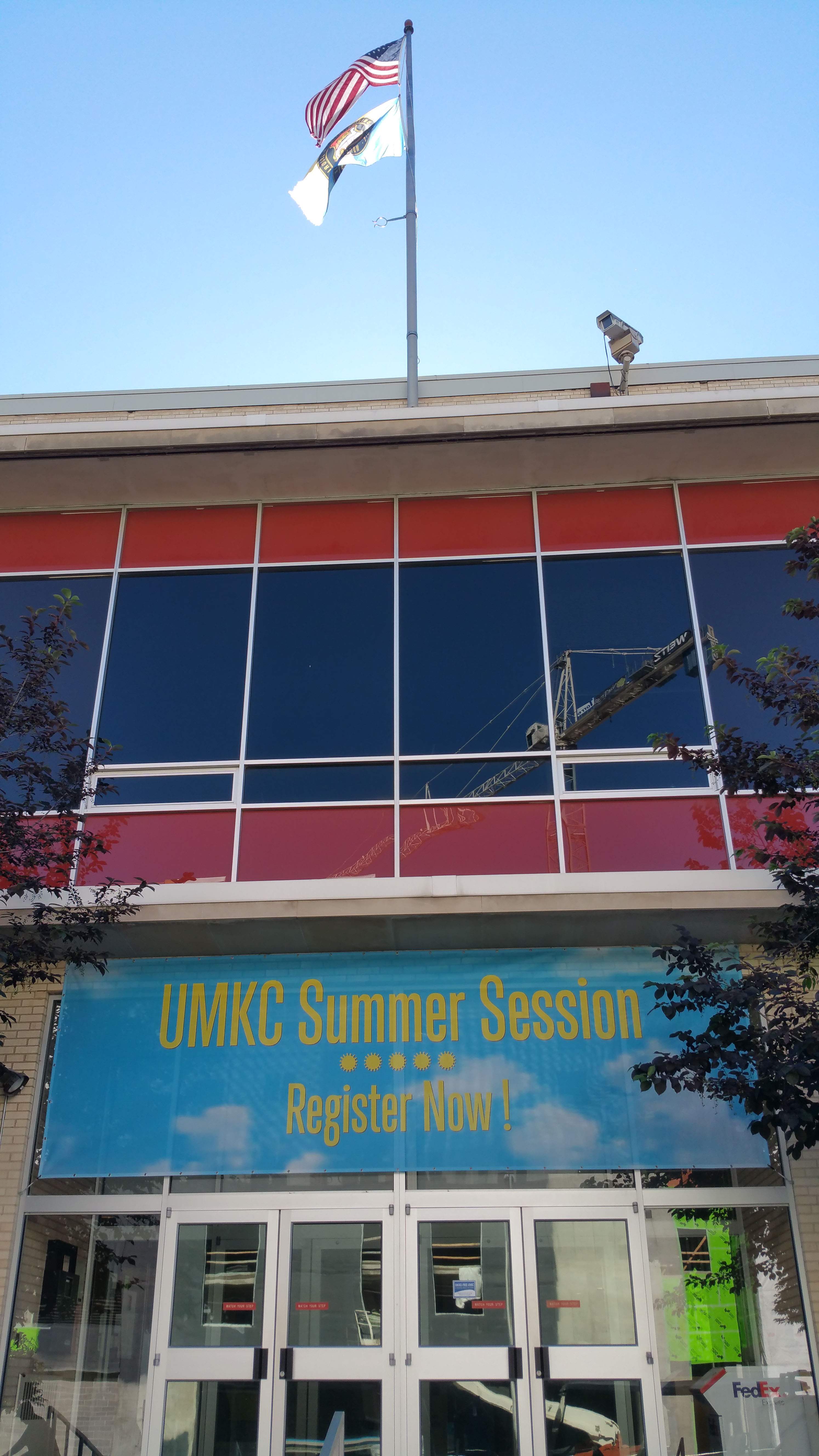 Not too hot: University of Missouri Kansas City is one of the places that has been badly hit by the increasingly worrisome climate for Indian students

In fact, she recalled how the immigration ban and instances of students not being allowed to return to the US after vacationing had hit their international community badly, "The national climate has had an impact and has raised anxieties. We heard from international students that they were having trouble focussing in class, being worried that if they left the country they would not be able to come back again. We have tried to address that with public statements of assurance and support from our University President," said Takayama-Perez.

Everybody needs a return on investment. Those student loans don't pay themselves

While for universities like UKMC, the fact that one of their alums was gunned down has had a direct, dire impact on international interest, places like George Mason are seeing a drop in applications for computer engineering courses because of the generally gloomy situation with H1B visas and the subsequent reluctance of tech majors to go out on a limb, "There was an open house event a couple of months ago and almost no tech recruiters showed up to check out the student talent. With all this confusion over H1B visas, they just don't want to risk investing in people who may not be able to work for them," explained Nitin Bhandari, a post-grad student from Kashmir who's now studying in the Midwest.

Now that's a bleak picture. But the good news, according to university administrators who have been rigorously hitting the road in India to recruit student talent, is that students still nurse a desire to study in the US and experience campus life here, all these concerns notwithstanding.

Steven Shaw, the director of international education at the University at Buffalo, New York, which has 1661 Indian students on their rolls (of a composite 4838 international students), just returned from India and remained optimistic, "I expected to see a high level of concern and there were questions. I would ask those questions too. That didn't surprise me," he explained, "We were able to let parents know that the politics that you see on the news is one slice of life. We need to watch and see what is coming. I told them that we have a system here which can push back on some aspects and cause things to be questioned. I told them that we offer some of the safest campuses in the world." 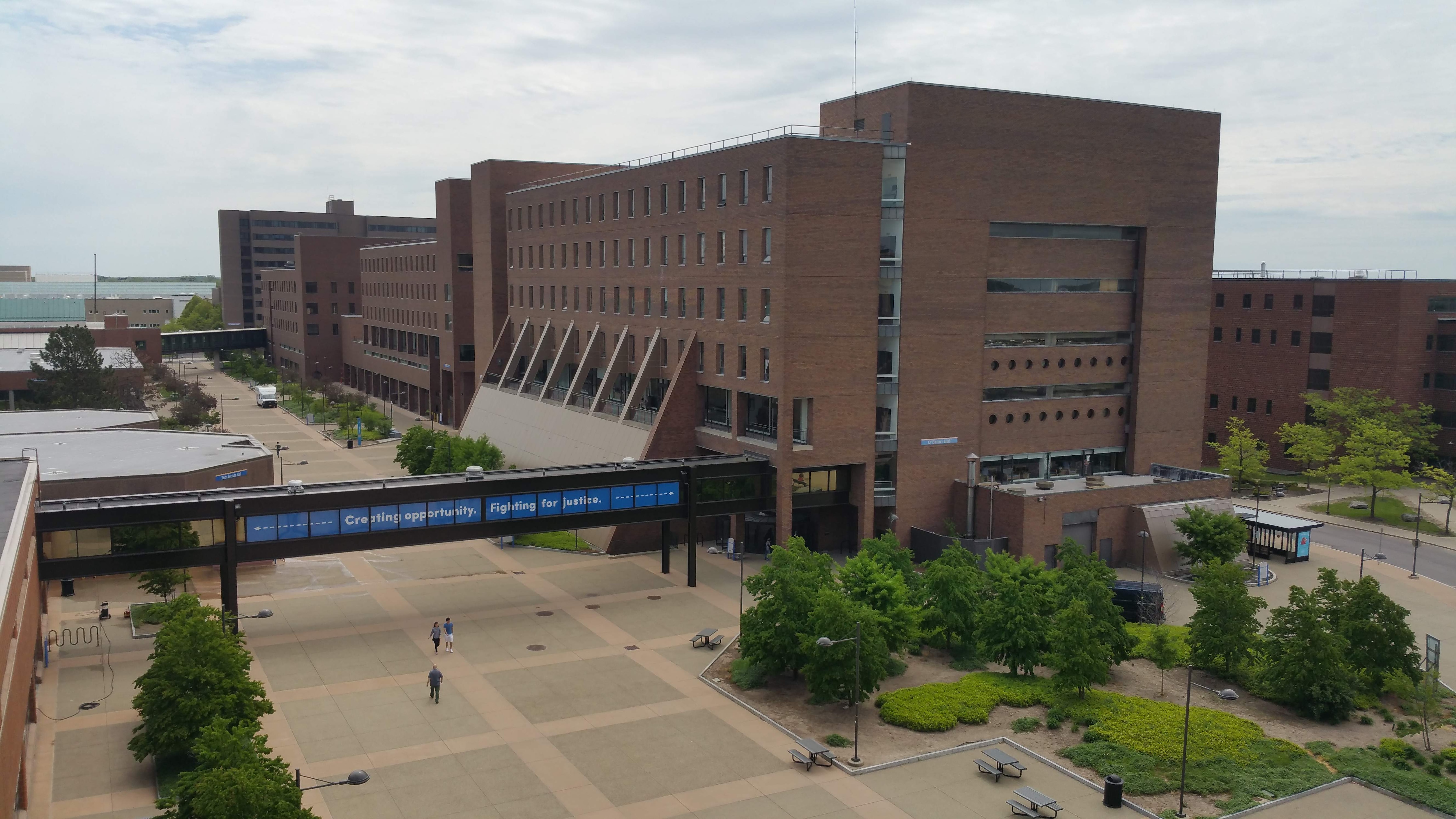 Thousand and more: University at Buffalo has a robust Indian population of over 1600 students, a number they're trying to maintain this year

And did that work? Well, at least on the face of it, it did and so UB has two fingers crossed that their Indian numbers don't take a hit this year, "Our projections at this point are looking favourable. Will that translate? That's the question," added Shaw, who explained that a large portion of their students also came through feeder universities in India that offered twinning programmes to students (where they do a portion of the course here and the rest abroad) - and this was a more or less assured number year on year.

We were able to let parents know that the politics that you see on the news is one slice of life. We need to watch and see what is coming. I told them that we have a system here which can push back on some aspects and cause things to be questioned. I told them that we offer some of the safest campuses in the world

Steven Shaw, The director of international education at the University at Buffalo, New York

The State Department and the people over at EducationUSA believe that the odds can be surmounted once tensions ease and information is delivered sans bias, "What we have seen is a steady increase in the number of Indian students to the US and I don't see any reasons why that should change. The US has over a million internationals students and it's because of the quality in the eyes of the parents and students," said Alfred Boll, who works with the programme and is pushing for "diversity" as a deciding factor, contrary to the overtures of the Trump administration thus far.

Are all these fears unreal? Um.. Well

Freddie Mercury once sang, 'Is this the real life, or this just fantasy...' and you know how the rest of Bohemian Rhapsody goes. 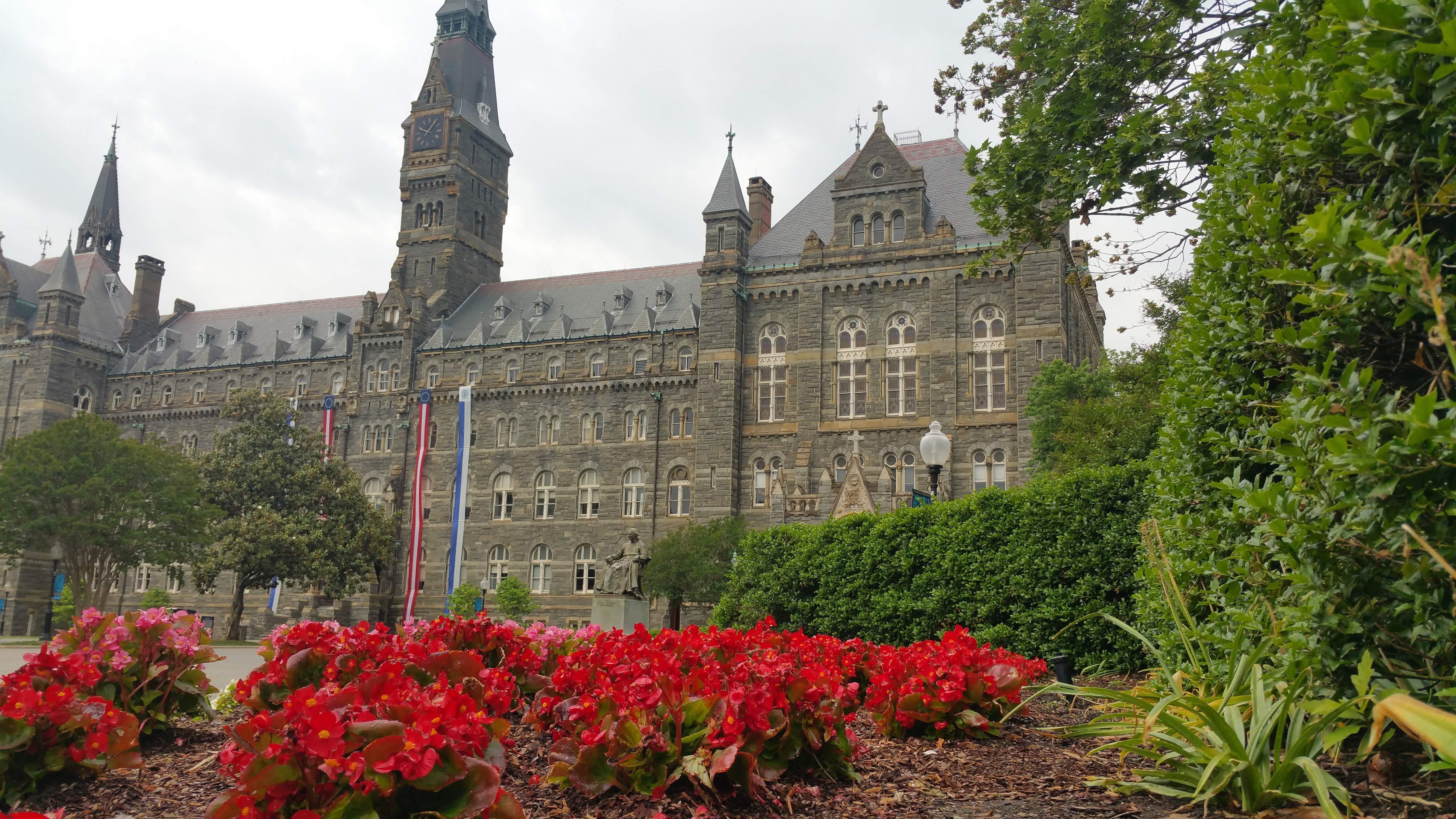 Blooming hopes: Georgetown University, Washington DC,  has an India Initiative to foster international relations and make Indian students figure out the best way to make things work for them on campus

Well, another theory is that a lot of these "concerns" are merely a by-product of perception and propaganda and are still speculative. At least that's what UB's President Satish K Tripathi believed, "I don't see any real threat. I haven't heard of a student having been refused entry. It's just a perception. But what we have been telling students is that nothing has changed. I met an Indian student with his parents at graduation and he told me that he has a job in Indiana. So there's a perception and a reality," said the man who graduated from Banaras Hindu University before becoming a career academic in the States.

With the top-of-the-line research potential and facilities on offer at all the universities we visited, perhaps this might be the time for research-intensive students to change the paradigm that Indians only come to the US for IT degrees and, by extension, jobs.