India's favourite mythology fiction author Amish Tripathi talks about something everybody is losing their head over — Indian culture, nationalism and mythology — while also discussing his Sita story

So, Pavithra, as a part of my new book's release, we're holding a contest where the readers get to design a limited-edition cover, said an excited Amish Tripathi. "That sounds like a challenge,” I said, but continued hesitantly, “And I’m sorry, but my name is Parvathi not Pavithra," hoping that I didn’t start off on the wrong foot. "Oh, that's wonderful. Lord Shiva's wife's name!" exclaimed the man who has written bestsellers that include The Immortals of Meluha and Secret of the Nagas.

I breathed a sigh of relief and confessed, "It may sound narcissistic, but that might be one of the reasons I like the Shiva trilogy so much." The fan in me just couldn't keep quiet. I then told him that I first read a book of his when I was in school and it was my Dad who had first picked up a copy of his book and recommended that I give it a shot. I swear that he sounded pleasantly surprised and asked me to thank my dad for getting me hooked on the Shiva trilogy way back when.

Reimagining Shiva as a common man and not the fierce destroyer, Amish is one of the few Indian authors who has been able to pull off that magic and sell millions of books in the process. "I'm following my imagination, the way Lord Shiva guides me. I don't question the story, I just let my mind take over," he explained tacitly. Recently, he revealed the title of his second book in the five-part Ram Chandra series, Sita — Warrior of Mithila, which will be out by the end of May. Sita here is envisioned as a warrior, the hero of the story.

Amish had much more to share with us — the books that he reads, the music that he listens to, and obviously, lots of thoughts on his take on Indian culture. Excerpts:

You have previously stated that ancient Indian culture is the best guarantor of liberalism. How does that work exactly?

Women were always given a higher position in our ancient culture. We have had women sages during the Vedic era. Respect for women came naturally. In ancient times, we didn't have too much caste-based bias. Valmiki wasn't born a Brahmin. I strongly believe that if we include our ancient culture in the modern education system, we could bring wonderful results. 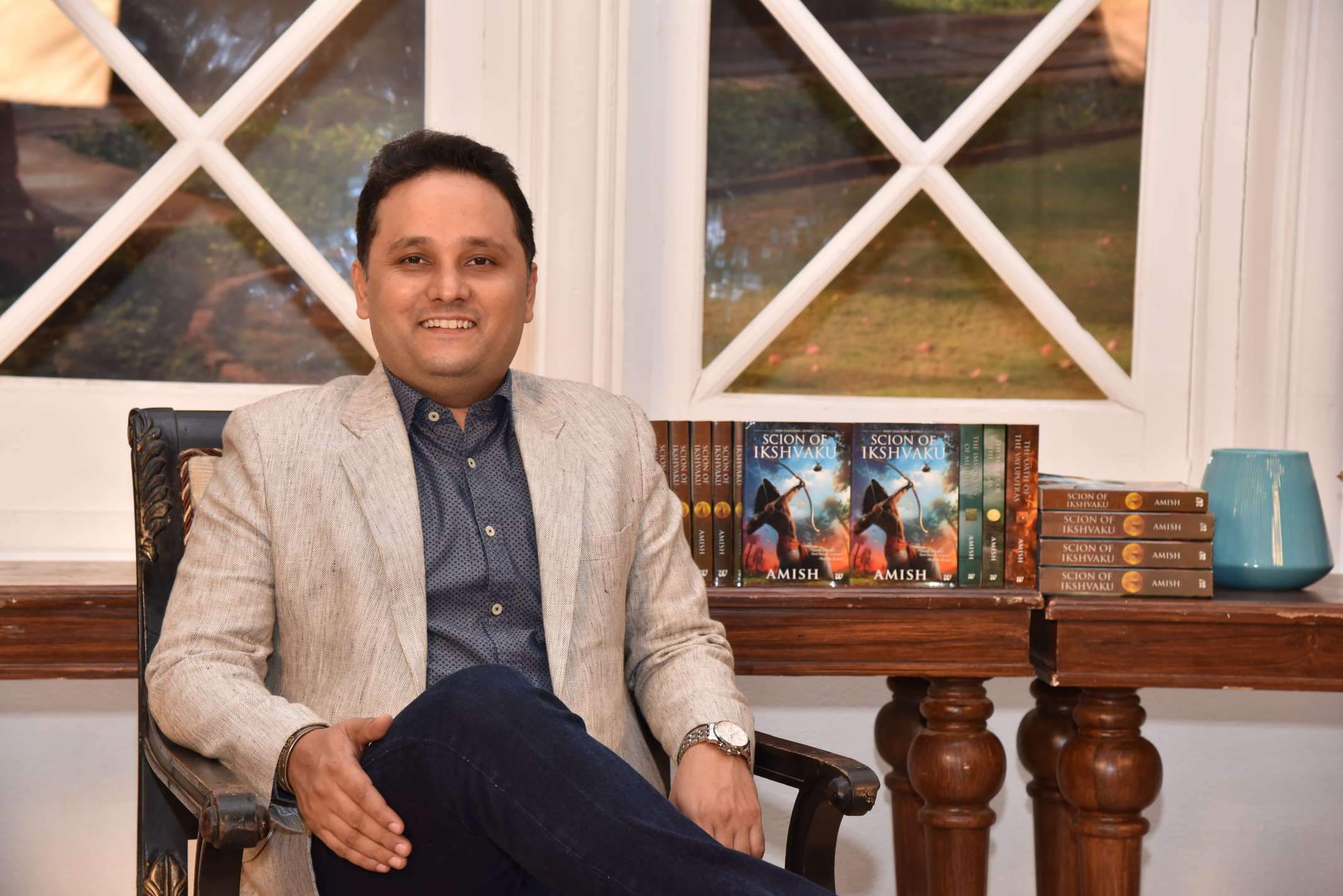 I never comment on politics. I've had the good fortune of interacting with politicians irrespective of their parties. Also, I don't believe in the left-wing and right-wing ideologies

These days there are heated debates on anti-nationalism and intolerance. Do you think that it happens because our culture is being misunderstood?

Forces have tried to wipe out our culture many times. We don't have elitists these days reading our mythological books or learning about our culture. They might read Shakespeare, but can't even name five plays by Kalidasa, Bhasa or Thiruvalluvar. They have no idea about our culture, which is the key to liberalism.

People in the BJP have been supportive of your work because you write about mythology. Smriti Irani did a Facebook Live session to launch this title. Are you worried that your work might be considered as leaning to the right?

I never comment on politics. I've had the good fortune of interacting with politicians irrespective of their parties. Also, I don't believe in the left-wing and right-wing ideologies. I believe in our culture and I'm proud of the land in which I was born. We should celebrate it rather than feud over it.

Let's talk about Sita. She is the eponymous hero of this novel. Do you think that enough has been written about her?
There are writings of the Ramayana from Sita's perspective. But that is again Ram's tale. We have rarely had something that spoke of Sita's own journey. So, my story is just that — her own journey and everyone else is a character, including Lord Ram. She is the protagonist here. The story is from her birth to the time that she was kidnapped by Raavan. 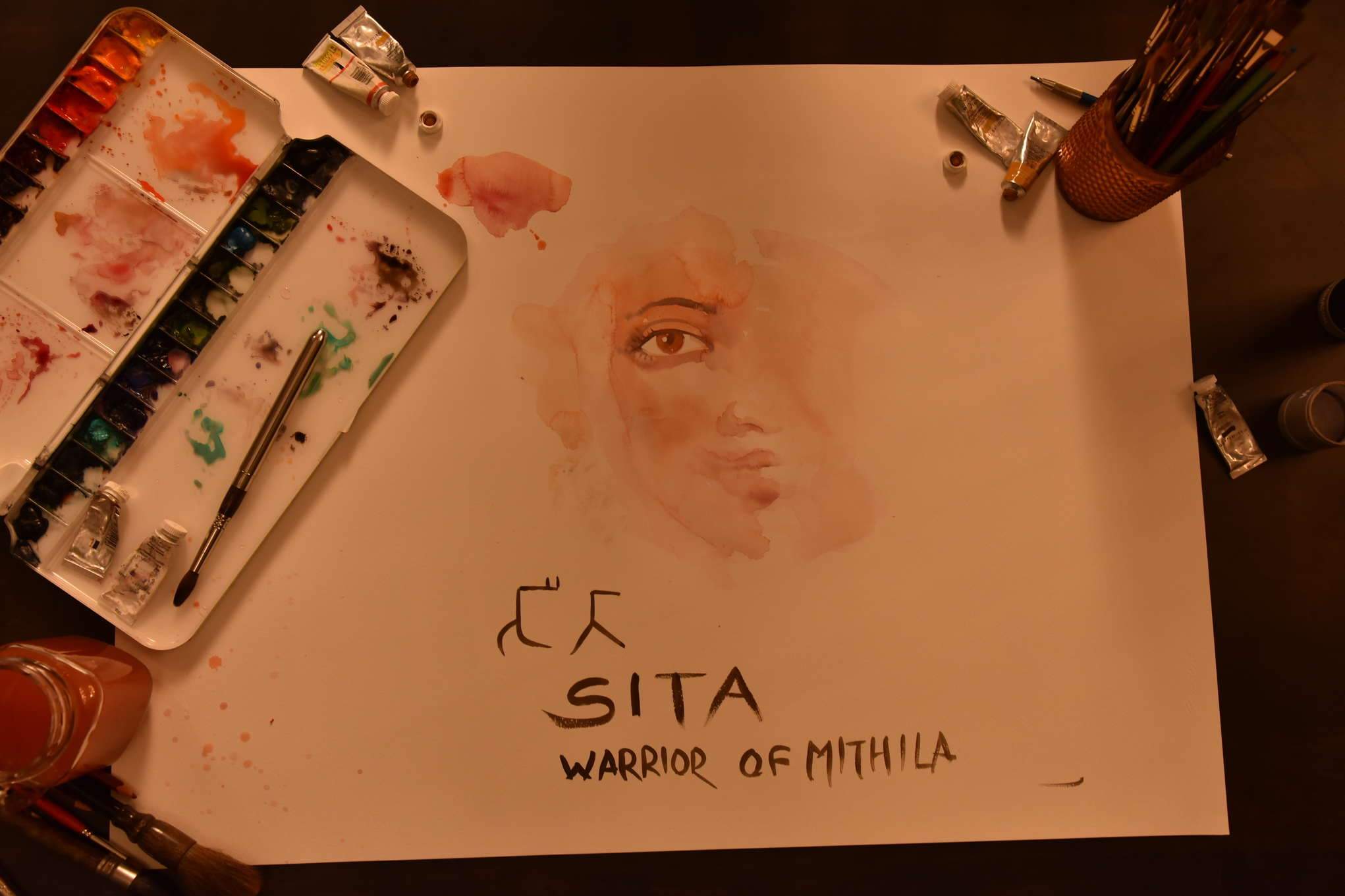 I believe that Ram and Sita were partners, standing shoulder to shoulder, fighting for dharma and for the land that they loved

I don't think anyone has ever thought of Sita as a warrior. She was always portrayed as the typical homely Indian woman.

Our perspective of Sita is defined by a 1980s television series, which is based on the Ramcharitmanas, a 16th century modification of the original Valmiki Ramayana. In the original Ramayana, even though she isn't a warrior, she has a mind of her own. Then there is another version of Ramayana called Adbhuta Ramayana, which was also believed to have been written by Valmiki, in which Sita is a warrior. And she killed Raavan. That is the ancient version that inspired me.

If you ever had to take sides between Ram and Shiva, who would be your favourite?
I don't want to take sides. I believe that God is one. One of the names of Lord Shiva is Vishnu. Likewise, if you look at the Vishnu Sahasranama, one of them is Shiva.

Amish has organised a contest for his readers where they get the chance to design the book's cover. Even though Westland designs the original cover, a limited number of copies with the top 5 designs will be printed. The designers will be special invitees to the book's launch

Talking of mythology, the conversations must get intensely intellectual most of the time. Do you get tired of these conversations?
The entire purpose of mythology is to learn philosophy which you can apply in your own life. I don't think one can ever get bored of it.

Your readers and publishers are already awaiting your next book. How does that feel?
It’s a nice feeling. Pardon me for sounding narcissistic this time, but how else will I know that my writing is worth reading? If no one wanted to read my book, then it would have been really bad.

What do you like to read the most?
I generally read non-fiction. I read a minimum of five to six books every month. It is difficult to pick a single favourite author or book. But I do like Sanjeev Sanyal's The Ocean of Churn and Wilbur Smith's latest book. 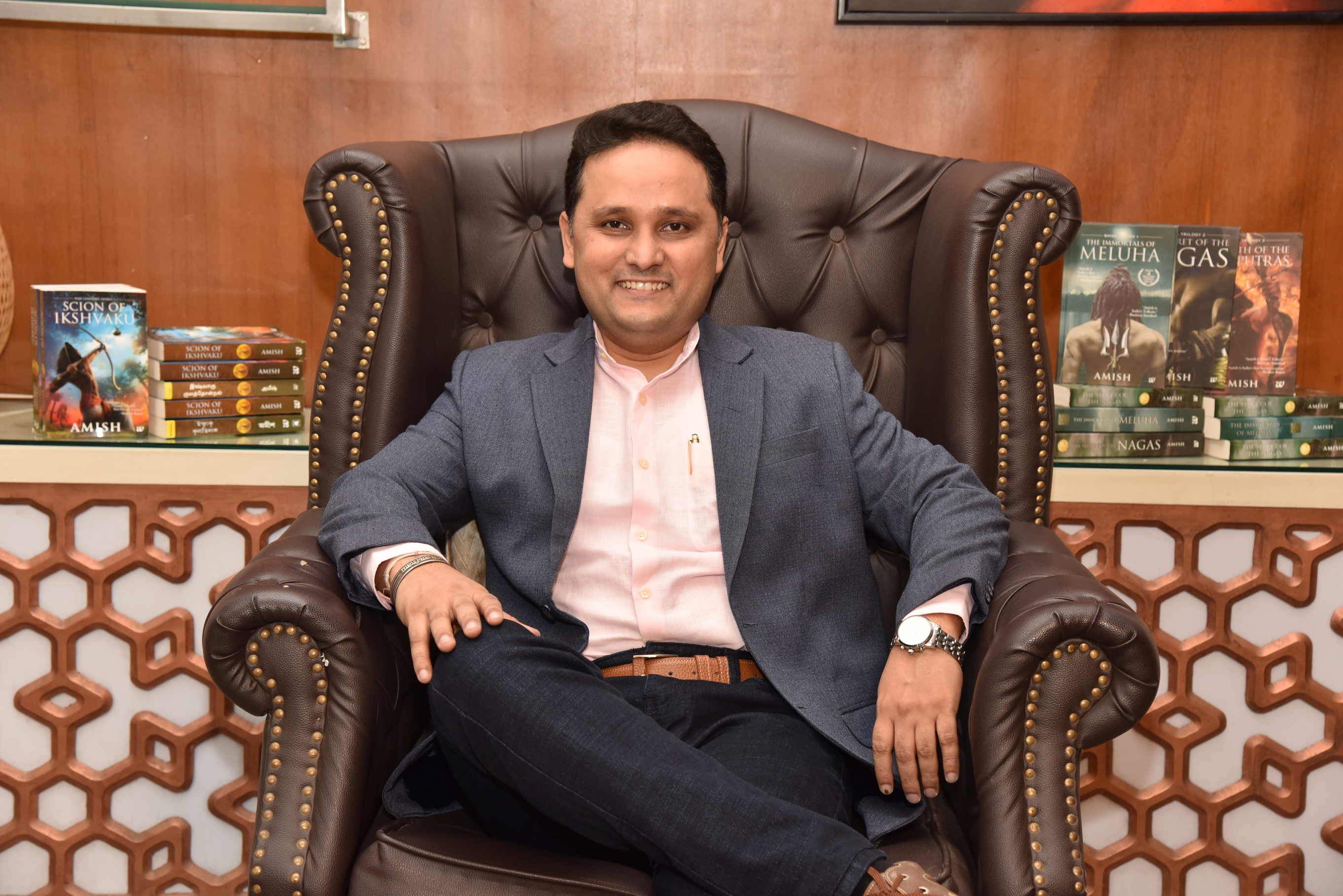 Booked up: Amish with his books

When and where do you do your research?
I don't research while writing. But anything that I do when I'm not writing is research. I read a lot. I have learnt a lot from my family too. My grandfather was a pandit in Banaras. My parents are very religious too.

Karan Johar recently said that he dropped the movie plans as he was apprehensive. Will we get to see the films based on the Shiva trilogy anytime soon?
The contract with Karan Johar has expired. There is a new contract now. We'll make an announcement soon. I don't think the films would spark off any controversy. The books haven't done so. But Karan Johar and I have parted as good friends.