Hard work and perseverance can take you far. It certainly has been this way for Bibin Binu Thomas,

Not everyone can afford an expensive medical seat. Bibin Binu Thomas, who knew he wanted to be a doctor since class VI, surely can’t. Born and raised in the small village of Amboori in Thiruvananthapuram, his education was in constant need of support. He was able to scrape by in Mar Baselios Public School, Kottayam, where his learning was funded by the school and a number of well-wishers. As early as age 13, Bibin realised that he would have to be responsible for his own future. To earn some money, his father taught him to drive and he would borrow his jeep to drive tourists to scenic locations in the quaint mountainous area that was their neighbourhood. “I spoke English pretty well and my father felt that I was ideally suited for the job,” says the 20-year-old.

To further supplement his earnings that went towards paying his fees, Bibin would perform odd jobs like roadwork and small maintenance work. Later, with the help of a local priest and a scholarship, he secured admission into St Mary’s Higher Secondary School. Throughout his education, he made his benefactors proud by scoring over 90 per cent in every subject. So they were convinced with his prospects to pursue higher education and with their undying encouragement, he joined Hillside Pharmacy College in Bengaluru to pursue his bachelor’s degree. 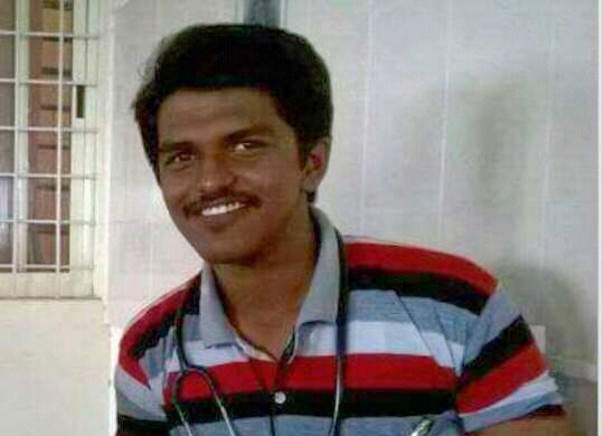 My greatest strength has been my mother and God. Even at the darkest of times, I felt a push from these powerful forces

Now, college being an expensive affair required Bibin to work for Uber and Ola as a driver, and that helped him earn enough to pay for his first year. But the same good fortune did not sustain him during his second year, including an unfortunate mugging incident that left him penniless. Unable to pay his fee, Bibin is yet to receive his hall ticket for his second year examinations.

And what is this generation’s Hail Mary in tough financial situations? Crowdfunding, of course! With the help of India’s leading crowdfunding platform, Milaap and India’s number one internship platform, Internshala’s joint campaign, Sapno Ki Udaan, Bibin is now hoping to raise enough money to continue his education. Despite the odds, he continues to be resilient and looks at the positives. He says, “I have always had the support of my family. They encouraged me to study further despite their difficulties. I was raised to value positivity regardless of our circumstances and I am determined to make them proud!” he beams.

Unlike many students who only seek to study further to their own benefit, Bibin intends to help people like him back home who don’t have enough to realise their dreams. “I am not alone. There are many like me who could benefit from a single helping hand. I hope to be there for them in the near future,” he affirms.

You can help Bibin by donating here: https://milaap.org/fundraisers/Wanttocompletemystudies