Sangamitra R Kiran and Teresa Suresh secured the first rank in the International English Olympiad, an exam that analyses the reading, speaking, writing and comprehension skills of the students

Close on the heels of Ananya Vinay winning the US spelling bee championship, two first graders from her city, Kochi, have secured the first rank in the International English Olympiad (IOE) organised by the Science Olympiad Foundation (SOF). Teresa Suresh of Assisi Vidyaniketan Public School and Sangamitra R Kiran of Bhavan's Vidya Mandir - Girinagar, were selected for the gold medal for the academic year 2016-'17. The young girls secured the top spot in an event that had the participation of more than 45 lakh students from over 42,800 schools spread across 1400 cities in 25 countries. Big win: The event saw over 45 lakh participants from over 25 countries

The IOE is an examination that focuses on communication and use of English language, rather than rote learning and correct grammar. It analyses the reading, speaking, writing and comprehension skills of the students. Separate examinations are conducted for the students of various grades and it does not have any direct bearing with the syllabus followed in these classes. 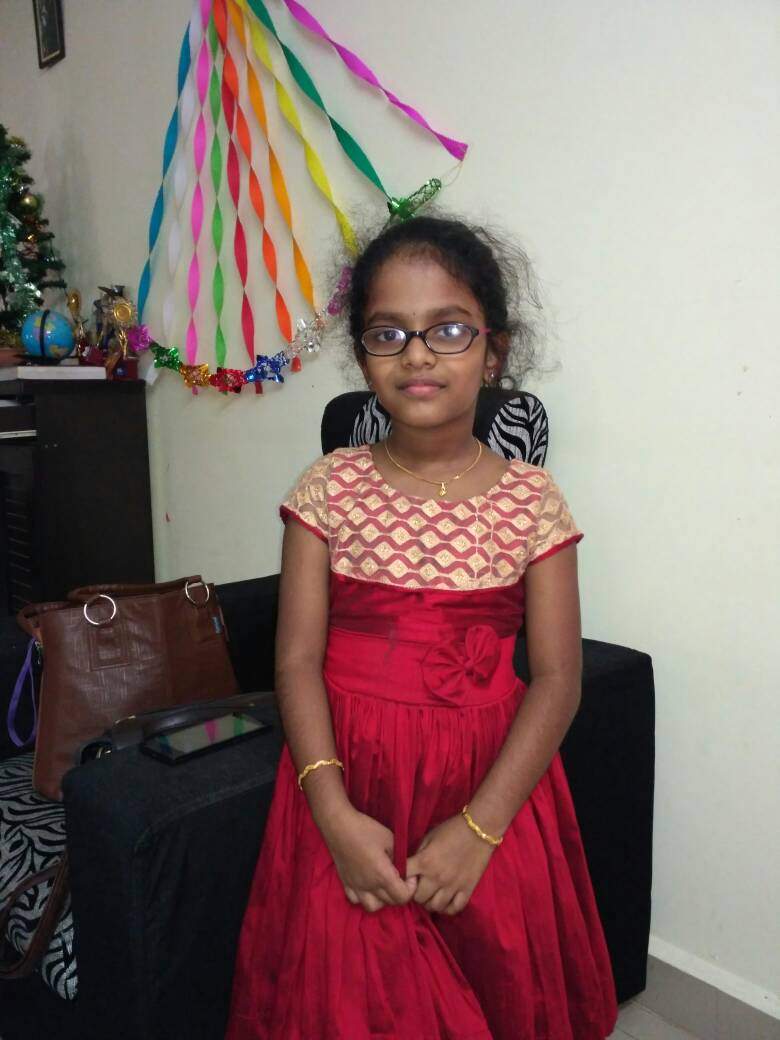 Teresa Suresh, her parents say, has shown an interest in the English language from an early age. "Teresa was faster at learning English and she had shown a keen interest in it as a youngster. She preferred watching English shows on TV and liked speaking the language," says Maria, Teresa's mother. Teresa's skills in English went hand in hand with her other love - western music. "After watching Walt Disney movie 'Frozen', Teresa was hooked to the songs. She would write songs on her own and perform," adds Maria. Apart from securing the gold medal in IOE, Teresa came 3rd at the state level and 64th in the international level at the SOF Maths Olympiad as well.

Teresa was faster at learning English and she had shown a keen interest in it as a youngster. She preferred watching English shows on TV and liked speaking the language

As for Sangamitra, her reading habit stood her in good stead at the IOE examination. "She reads whatever she could lay her hands on. Every time we go out she makes it a point to buy a book. She never did any extra preparation for the Olympiad," says Kiran Kumar, Sangamithra's father. He says he came to know about the exam through the teachers at the school who said Sangamithra shows a good inclination to the English language. The first grader also garnered a zonal first rank in the Maths Olympiad as well.