Inscribing letters of passion: Thoufeek Zakariya's journey into the world of history and scriptures

Having learned over 7 ancient languages without any professional training, Thoufeek Zakariya has become a recognised figure in the field of calligraphy and history

When 10-year-old Thoufeek Zakariya stood holding his father's hand on his first visit to Jew Town, Mattancherry, Kochi it was love at first sight. Mesmerised by the long narrow roads under the yellow-tinted streetlights, he ran into the Paradesi Synagogue which was completely lit with candles. Fascinated by the calligraphic style of the Hebrew inscriptions, it wasn't long before he fashioned his own stylus out of bamboo to replicate inscriptions from the Bible (or is it called the Torah) using his first calligraphy pen.

I am working on a 500-year-old ancient Tamil script that was found in a mosque in Kochi. There is so much we don't know about our own history and I think this could be an important indicator

When his teachers at the madrasa touched on the history of Judaism, Thoufeek listened with unabated curiosity. After failing his class XII examinations and spending an entire year at home, he found the opportunity to explore himself. "During that time I found the love of my life. Hebrew had struck me," he remembers fondly. Today, Thoufeek, an Indian Muslim, has become a familiar face within the small Jewish community in Kochi.

With no professional help, Thoufeek mastered the calligraphy of Hebrew, Arabic, Syrian, Samaritan, Aramaic, Sanskrit and English. After creating the Hebrew alphabet in the Kufic Arabic style, the first of its kind, he received attention and appraisal from around the world. He then tried his hand at anatomic calligraphy — a style in which the portrait of a person is drawn using the Arabic (or in Thoufeek’s case, Hebrew) letters. 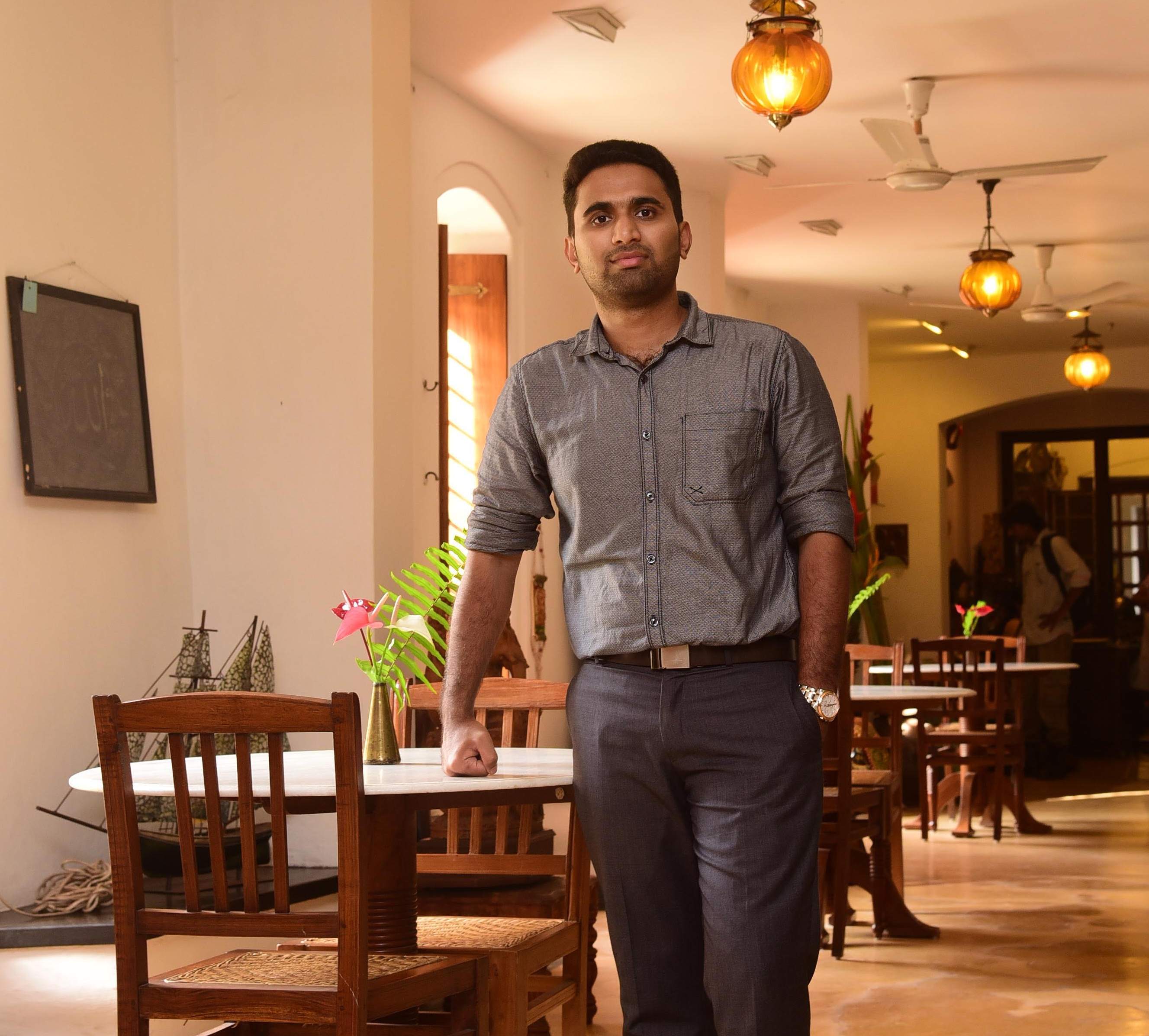 Thoufeek’s work and his dedication to study Jewish history not only found him close to Kochi’s small yet historic Jewish community, but it also included his friendship with the community’s matriarch, Sarah Cohen, one of the last of the Paradesi Jews and owner of Sarah's Hand Embroidery. Shocked by the accuracy of his painting of a menorah (a nine-branched candelabra used during the Jewish holiday of Hanukkah), she invited him into her home, wondering, “Are you a Jew?” While pursuing his degree in Hotel Management, he would visit Sarah every free evening. "She has become like my own grandmother. She sat between my wife and I at our wedding and now we are excited for her to see our first child," he says.

Now, at the age of 28, Thoufeek works as a sous chef at Taj Dubai. His dreams for the future include writing a book on the history of Islam in Kochi and continuing to explore the history of languages. But what draws him towards these ancient languages? "There is something so empowering about standing in front of a thousand people and being the only one who can read a particular script. When I am working with a particular language, it transports me back to that time and helps me derive a sense of history," concludes Thoufeek.