For hundreds of dropouts in Kerala who believe that getting an education is not a priority, activist Dhanya Raman provides a way to get back to school, land a job and beat a lifetime of poverty

A couple of years ago, Kerala reported the lowest dropout rate in the country — 0.53 per cent. One determined young woman, who has brought hundreds of tribal children back to school, has certainly helped achieve this massive feat. Meet Dhanya Raman, an activist who has dealt with children, who are victims of sexual abuse, child labour and have undergone teen pregnancy, desperately trying to get them back to school.

She has travelled across the dark and ignored tribal belts in Kerala, creating awareness among the people there about how education can catapult them to a better life. The daughter of a construction worker, she had to work hard to get to where she is and she believes that helping this at-risk group to get back to school is more important than any other kind of outreach.

As she gets set to settle about 1,000 dropouts back in school every single year, we caught up with her to understand what keeps her ticking:

Was there something specific that triggered this mission of yours?

I was born in a place called Kallar in Kasargode district. My father is a dalit activist. I’d grown up seeing all kinds of people coming to our house to meet him. Most of them were beaten up, had their land snatched and their children abused. One day, when I was four, I saw a woman and two kids who’d come to meet my father. The woman was sobbing uncontrollably. I asked my father the reason for her tears. He told me that her husband was a theyyam artist who had 25 cents of land, which they were dependent on for a living. Their neighbor illegally acquired a huge portion of their land — leading to a tussle in which the husband was beaten to death. There was no case registered. On hearing this, my father led a march to the Police Superintendent’s office with a lot of others. This created a spark in my mind. I’m following my father’s footprints. He is the greatest inspiration in my life.

My mother was a construction worker until my first year of college. I remember how she used to read newspapers and magazines by the fire. And after that, she cleared the PSC test and got a government job.

You’d put up a few Facebook posts about the back-to-school campaign. How has that journey been?

I’ve been travelling across the tribal belts of the state for the past seven years. In this time, I have registered 70 cases, where children below 15 years of age were raped. Of these, 30 cases were registered in Wayanad district. There, eight girls who are under 15, have given birth to children. All of them are school dropouts. Most of them stopped going to school after class VIII. These kids are alone in the mornings when their parents go out to work. They are trapped, abused and raped by assaulters at this time. There is a girl from Kasargode, who was raped while in class VIII. She gave birth to a baby boy five months ago. The girl is just 13. She told me that she wants to study more. I’m very happy to say that went to school again this year, leaving her son in her mother’s care. She stays at a home near her school now. 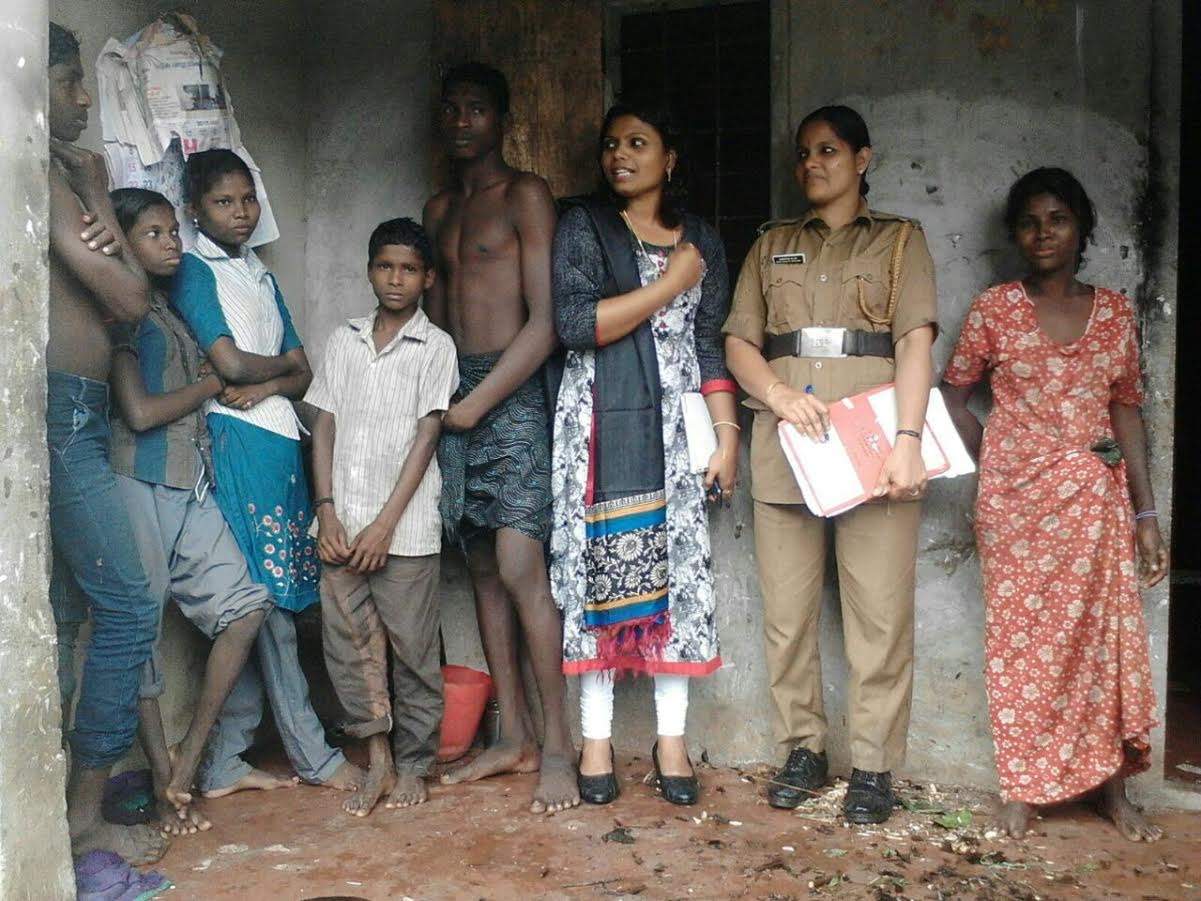 How did you start helping people prep and return to school?

Initially, it was just me. But now, I have a few friends who help me. Recently, I visited a hamlet named Govindapuram in Palakkad. There we had organized a camp, preparing the children for the entrance exams to study in Army schools and Jawahar Navodaya Vidyalayas and also to give them career coaching. A lot of professionals are helping me with this. I’m very optimistic about seeing many professionals and bureaucrats emerge from these belts in the next 10-15 years. You’ve also had to rescue some of them before getting them to school.

Any incidents that moved you?

Last year, I went to a colony named Cheepram in Wayanad. There were around 200 human beings staying in 24 shacks. It is difficult to even enter these shacks. All of them have lost their lands after the Karapuzha Dam was built. On inquiry, I found that two girls were missing from there. The residents said that these children were taken to work as household help. The collector and I examined their shack and found a notebook where three mobile numbers were written. We tried calling the numbers and finally a frightened voice answered the call. She said that her name was Sunita. She said that she had been taken to a place called Koothattukulam to work as a maid. She had only completed her class X. She’d passed with very good grades and said that she really wanted to study. I asked her to give the phone to her master — a lawyer and a resort owner. I told him to bring the child to Wayanad the next morning. He’d taken three children along. The other girl had passed class XII with four A Plus grades. The third girl was 14 and had dropped out of class VIII. We registered a case against him. Sunita rejoined school and is a class XII student now. The second one joined B Com. The third child says that she wants to be a fashion designer and we’re figuring out where to send her. These malnourished children were made to work 20 hours a day for Rs 500/month.

Every woman should be aware that they are capable of protecting themselves. Also, they should be organised. They should discuss their problems and deal with it together. That’s the only way. Otherwise, this situation is simply never going to change

Was it difficult to convince the parents of these children about restarting their education?

I spoke to the parents about how important it is to study. I gave them a contrast between their plight and those of people staying in cities and towns and how education can change it. They worry that their children have to face a lot of issues. For example, there are no schools. They have to be sent to hostels. But most of the hostels are overcrowded. There are cases, where the teachers and ayahs tell them that they only come there to 'eat for free'. This shatters the child’s self-esteem.

Is this the situation of schools in all tribal belts?

In some villages, they have single-teacher schools. In those schools, children until class IV are taught in a single room. The children who grow up in other parts of the state are really privileged. They have good schools and have parents to support them. They do not have to struggle. While these children have to travel through unsafe forests to reach schools where there are few facilities.

So, is there an improvement in the number of girls who go to schools in areas like Attappadi, Wayanad and Kasargode?

Yes. More children have started going to schools. Also, there is an improvement in the quality of education. Previously, there were seventh standard students who couldn’t write their names. But that is an old story. The situation is much better now. I found a girl named Vanita from the forest area of Marayur. Now, she is an MBA graduate.

Did you ever receive threats?

Yes. There were murder attempts on two occasions. I’m not sure who was behind these. Maybe this is because I have fought against a lot of criminals and rapists.