Vidyafy is RJ Vidya’s very own YouTube channel where she talks about her favourite  T word, Tollywood

A major case of FOMO (fear of missing out) hit RJ Vidya Sivalenka when she realised her presence was lacking in the world of viral videos. ‘How can I not be on YouTube!’ she thought to herself after one and a half years of being an RJ at Red FM, Hyderabad. But who said that we must abandon one passion for another? Three weeks ago, November 18 to be precise, Vidya decided that she wanted the best of both worlds. Thus began Vidyafy, a video series on YouTube, while she continues to entertain us from 2 pm to 5 pm on Red FM. But at what price? “I don’t have a social life anymore,” laughs the 24-year-old, who has interviewed Dhanush and several other big names from the South Indian film industry.

I am camera-shy and personally, I think I was horribly mediocre in the first two videos. But the more I shoot, the more comfortable I get
Vidya Sivalenka, RJ

“Every Friday I release a video, just like how a movie is released every Friday at the theatre,” she quips, and the fact that she is a movie buff is well established. But not just any buff, she’s the kind who watches the fan shows screened at 2 am. Little wonder then that Tollywood is the focus of her videos as well. From the Telugu movie posters in the background, to her t-shirts — everything in her videos screams Tollywood ‘lowe’, and she is totally not ashamed of it.

“I think I am breaking the stereotype of a typical Telugu cinema fan. You don’t see a lot of girls going for the first day, first show or guys talking about being fans, although they are!” she explains, speaking to the side of us that craves some big screen drama every now and then. But all is not trivial in her world. Apart from talking about movies in five points in every video (Vidya + five = Vidyafy, get it?), she occasionally talks about ‘real’ cinema issues like fan wars and piracy as well. 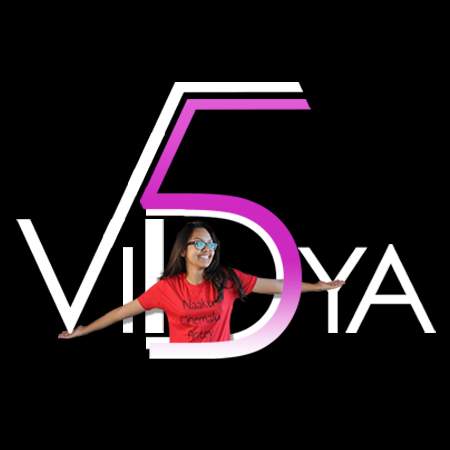 Vidya wants to dub for a heroine and move beyond the amateur bathroom singing she indulges in to singing for movies. But ultimately, she wants to be a teacher as she loves teaching

Logistically, in terms of camera and editing, Silly Monks Digital lends her a hand, but when it comes to the script, it’s her baby all the way. A script for Vidya though, is noting down the framework, “unless I want to make a particular pun,” the impromptu artist reveals, who can be seen jotting down these one-liners on her phone or paper occasionally. After one and a half years of RJing, talking on cue obviously comes naturally to her. It’s not surprising that she receives feedback that she talks too fast, which she says she is working on. But on the bright side, her very first video was ‘shared’ by film industry stars like Regina Cassandra and Tarun Bhaskar. “I couldn’t have imagined such a response,” exclaims Vidya.