India's own Hoodie-baba: How Varun Agarwal became a millionaire at 25

He's supremely laidback but he takes his business just as seriously as any corporate sort with a stiff collar. Bengaluru boy Varun Agarwal tells us all about Alma Mater and his new book

Author of How I Braved Anu Aunty and Co–founded a Million Dollar Company and one of the coolest entrepreneurs around, Varun Agarwal believes that if one is laidback and waits for things to happen, they’ll never happen. "In order to succeed, you need to make things happen. You have to get things done on your own if they aren’t happening," he tells us.

His company which makes custom hoodies for colleges across India, Alma Mater, has catered to over 4,000 colleges across the country in 200 different cities. He says that the current aim of the company is to become profitable as well as more responsible. Apart from Alma Mater, he also promotes the sapling challenge, an initiative to make Bengaluru green again.

Beat this. He's been doing this since he was 22. Varun's excitement, he says, is in being an entrepreneur, in doing what he always wanted to do and in people appreciating it. At the same time, he isn't content. "The happier you are, the more motivation you'll lose. If you ask me how I feel, well...I feel hungry and the need to do much more," he says.

He thinks that a lot of youngsters have become entrepreneurs in the past couple of years, but most of them only want to make easy money — an idea he doesn't approve of. "Please do not create a start-up unless you’re passionate about it and do not mock someone else’s idea. Try to solve an actual problem because that is what entrepreneurship is all about. Don’t just depend on funding; it alone doesn’t define the success of a company," he cautions. On the other hand, many start-ups are also closing down and Varun says the main reason is a lack of original ideas.

I get up, check my email and get to office just to make sure that everything is running fine. I write every day. I also work on video ideas and catch up on the latest trend around, news, watch videos and check out what’s viral on Youtube

The government's Start up India, Stand up India initiative is something that Varun likes. "I’m really happy that the government is promoting entrepreneurship. Certain think-clubs are forming which give people so much knowledge. Also, they should be given an insight into the reality. I think these initiatives are helping the country in the long—run," he says.

In a freewheeling chat, he spoke about his work, his now—famous hoodies and also that another book is in the pipeline. Excerpts:

What is the work culture in Alma Mater like?

We have really young people working for us; the average age of an employee is 23. We don’t have any strict office timings as such. People come in, get the work done and go. There will be music playing most of the time. It’s almost like a college canteen, but with work being done.

Yes! Not just hoodies, They wear our T-shirts too. Also, since we launched a feature where you can customize one single piece, lot of people buy these according to their interest and hobbies, even our employees.

Do you wear your own hoodies?

Of course. I love wearing them. The very first sweatshirt that we made six-years-back said ‘Cottonian’. I still have it and I still wear it.

For meetings as well?

When it is cold, then yes! But you cannot wear them all the time. But with Bangalore’s current weather, I’m getting to wear them a lot. 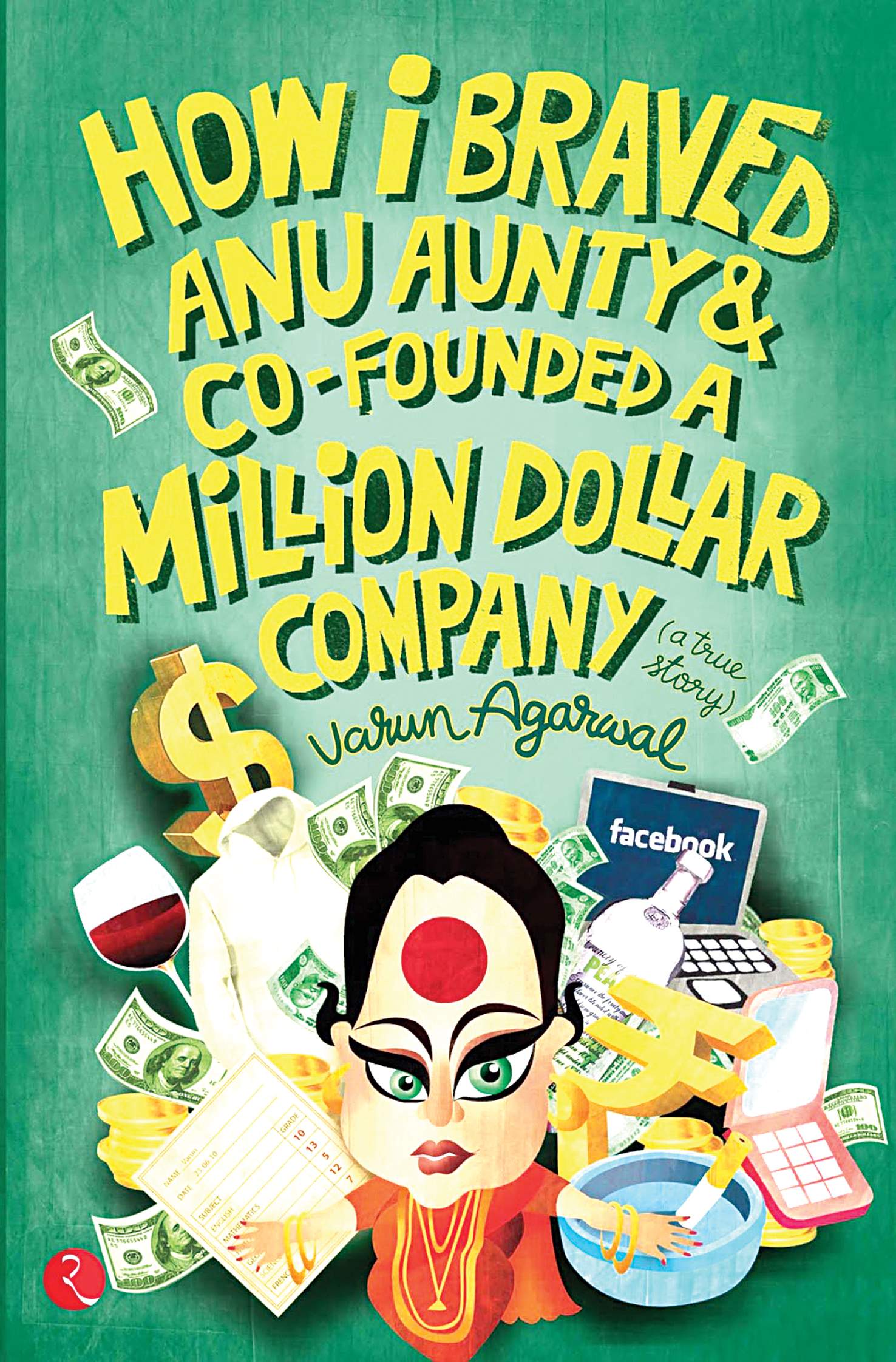 Anu Aunty was a super integral part of Varun's whole 'start-my-own-company' trip, so everybody who's read the book feels connected to her in a strange way

Are there any unexpected places where you found Alma Mater hoodies?

I always see youngsters wearing our hoodies and I make it a point to go to them and ask where they get it from. It is always a proud moment to see that. The very first time my friend and I saw a random guy walk in our sweatshirt after we started the company was the most memorable. That was at the same place where we discussed the idea. That was when we realized that the company is working.

You've said that your parents weren't really okay with the startup plan. Are they happy right now?

Yes. They’re very happy. The whole trend is reversed now, isn’t it? Now every parent want their kid to be an entrepreneur, which is a very dangerous sign. We don’t know what happens when someone becomes an entrepreneur. It isn’t an easy thing. They just read about things and see money coming to them. I hope that people who want to be an entrepreneur realize that it’s a lifestyle and not a career. Unless and until you’re ready for something, don’t just jump into it.

Varun's videos on his channel Enthu Cutlets are a riot

Can we expect a second book soon?

My second book is almost done. I also write down my thoughts, which will be a book someday. The first book was about how we started the company. The second one will talk about the struggles after setting up the company. The problems we faced, the issues that came forward, the funding, managing personal relations, dealing with employees and things that we thought we’d never have to deal with. Along with that, Anu aunty is also present. It is the sequel and of course she is a strong character.

What do you do on a weekend?

I usually chill with my friends. I’m mostly travelling giving talks. I love doing that. I feel good to narrate stories that people get inspired by. I never had that kind of an opportunity.