How long is a prison term in India? The number of years are immaterial, but the stigma is forever. The shadow of a convict follows him, often rendering him less eligible for a job after spending years in a cell. It doesn't prepare him for a world that has probably changed while he was away. But there are a few rays of hope starting to shine in our country. Pearl Academy along with Tihar Jail has set-up the Fashion Lab, which will train the women inmates in various skills to help them cope with life and not return to the confinements of another (figurative) jail. 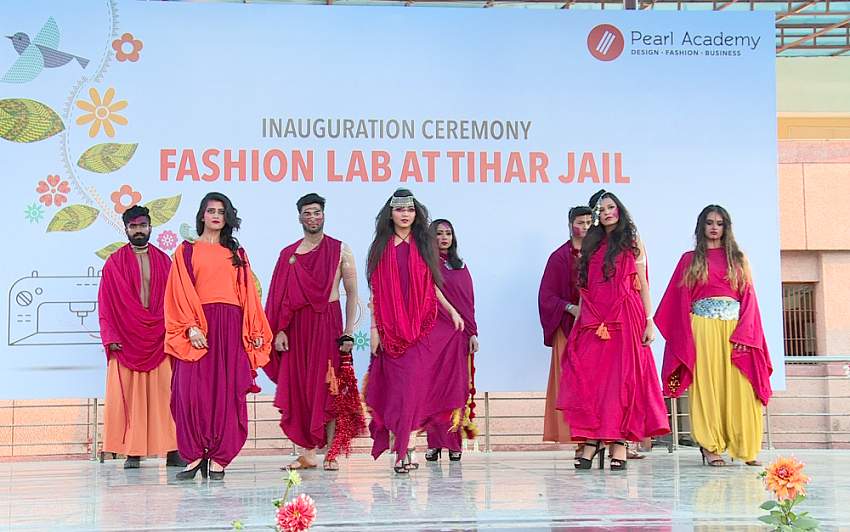 Walk the ramp: The students of Pearl Academy during the cultural events organised at Tihar prison

“Even though there are various programmes going on in the prison like carpentry, candle making, etc, most of these inmates have nowhere to go or nobody willing to employ them once they are released. But we are reaching out to the fashion industry to help them find a job. Even our students have assured us that they will hire them, once they get their independent projects," says Professor Nandita Abraham, CEO of Pearl Academy. The certificate course, spanning a period of four weeks, trains the women inmates in tailoring, embroidery etc. Nandita also points out that the curriculum has been designed to cater to the needs of the industry and that the lab has been set-up with state-of-the art equipment.

On the day of the inauguration, the students along with the inmates performed different cultural programmes. That might sound ordinary, but that was an effort we put in to create this sense of social consciousness among our students that the inmates are also one of us

Even though the Fashion Lab was inaugurated in February, the programme has been running for about three months now. The course is mentored by a full-time Pearl Academy trainer, the lab also becomes the stage for one-day workshops held by the students and faculty of the institute. "The trainer also gives them training in life skills like starting a business, setting up a stitching unit, etc, which would be of great help to them in the future," she adds.