Thirteen-year-old Abbas Hussain is set to represent India at the Equestrian tournament in Europe. He has in the recent past earned several medals at national and international levels.

He is just 13, but his professional skills and the way he controls his horse as it leaps over obstacles has caught the attention of many in the equestrian world -- both at the national and international levels.After demonstrating his amazing skills at home, which have earned him several medals at various competitions, Abbas Hussain Khan is gearing up to showcase his talent in Europe.

Buoyed by an impressive performance at a competition in Holland last year, he is now set to get specialised training in with the ultimate goal of representing India at the Olympics and becoming a world champion.

This Hyderabadi boy, who recently passed his Class IX examination from a city school, will train under Henny Schennink of Holland, a formidable name on the European coaching circuit from July. Abbas underwent a six-month training course at Stal Schennink International (SSI) in Holland last year. He will continue his training at the same centre and will also practice in London. 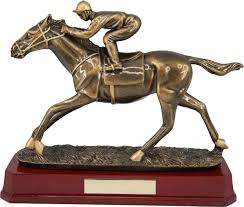 With the competition becoming tough and more technical by the day, he aims to get quality training and compete with the best in Europe."He may have to compete to qualify for the European Championship," Abbas' father Qasim Hussain Khan, who has charted out a three-year-long plan to realise his dream said.

Undeterred by the challenges, including the huge costs involved, Abbas has made a mark for himself by winning many trophies and medals in state- and national-level junior competitions over the last three years.He started riding a horse when he was just five. He, along with his sister, started practicing at their house in Moinabad on the city's outskirts. It was his only hobby and soon it became a passion.

He took to professional riding and started coaching under Chandrasekhar Reddy of the National Police Academy (NPA) and S.L. Reddy. They spotted the talent in this young lad and helped him improve his skills.

In 2014, he won trophies in dressage and hacks at the Hyderabad Horse Show and has never looked back.His biggest success came in 2015 at the Junior National Equestrian Championship and Horse Show at the National Defence Academy, Khadakvasla, when he won 11 medals, including seven gold, in different competitions.

Here, your companion is an animal. The horse has to do what you are thinking

Qasim, Member of the Equestrian Federation of India

Qasim, who is into the construction business, went all out to encourage his son. At competitions in Holland between September and December last year, Abbas finished first, second and third in three different events.

The slim lad was the only Asian and the presence of many strong competitors did not overawe him. "I don't get frightened in any competition. Every time I go out there, I try to do my best and never worry about the results," told Abbas. Asked about winning so many medals at a young age, his reply is pat:

His skills are amazing, considering the fact that unlike many other sports where only an individual's skills count, in equestrian a rider has to bond with the animal."Here, your companion is an animal. The horse has to do what you are thinking," explained Qasim, a member of the Equestrian Federation of India.He feels that despite this performance, Abbas did not get the encouragement he deserved. He, however, is determined to help Abbas become a world champion with or without help from the government.

There are many more to come. I want to learn more with international exposure and prepare for future competitions

He said huge costs were invoin getting training in Europe as a good horse alone costs 50,000 to 70,000 pounds (Rs 40 lakh to Rs 60 lakh)lakh).Qasim said the training in Europe will cost Rs 60 lakh a year. He was expecting support from the state government as even a little help could make a huge difference.

"I can buy an average horse for Rs 35 to 40 lakh but with some extra money we can get the best horse and that makes a lot of difference in training and in competitions," he said.The only help so far has come from the Telangana Equestrian Society, a body formed in 2012, which presented him a cheque of Rs 1.5 lakh.