After 48 hours of outrage, CBSE says they were 'overzealous' in asking candidates to remove bra before NEET exam

CBSE has called the incident where female candidates were asked to remove clothes, an 'unfortunate' one defending its stringent dress code is to retain 'sanctity' of the exam

The 'unfortunate' incident in Kerala about a NEET candidate being asked to remove her inner wear at an examination centre is a "consequence of overzealousness", the Central Board of Secondary Education (CBSE) said. The CBSE, which conducts NEET for admission to MBBS and BDS courses, defended the stringent dress code as a measure to "secure the sanctity" of the high-stake examination.

"The incident reported at Kannur is unfortunate and a consequence of the overzealousness of a few persons involved in the process. However, inconvenience caused to the students inadvertently in the process is regretted by the Board," CBSE spokesperson Rama Sharma said. "Candidates were repeatedly instructed through the website, information bulletins, printed instructions on admit cards and individual communication through emails and SMSs about the steps to be taken before entering the exam centres in the high-value and high-stake examination. 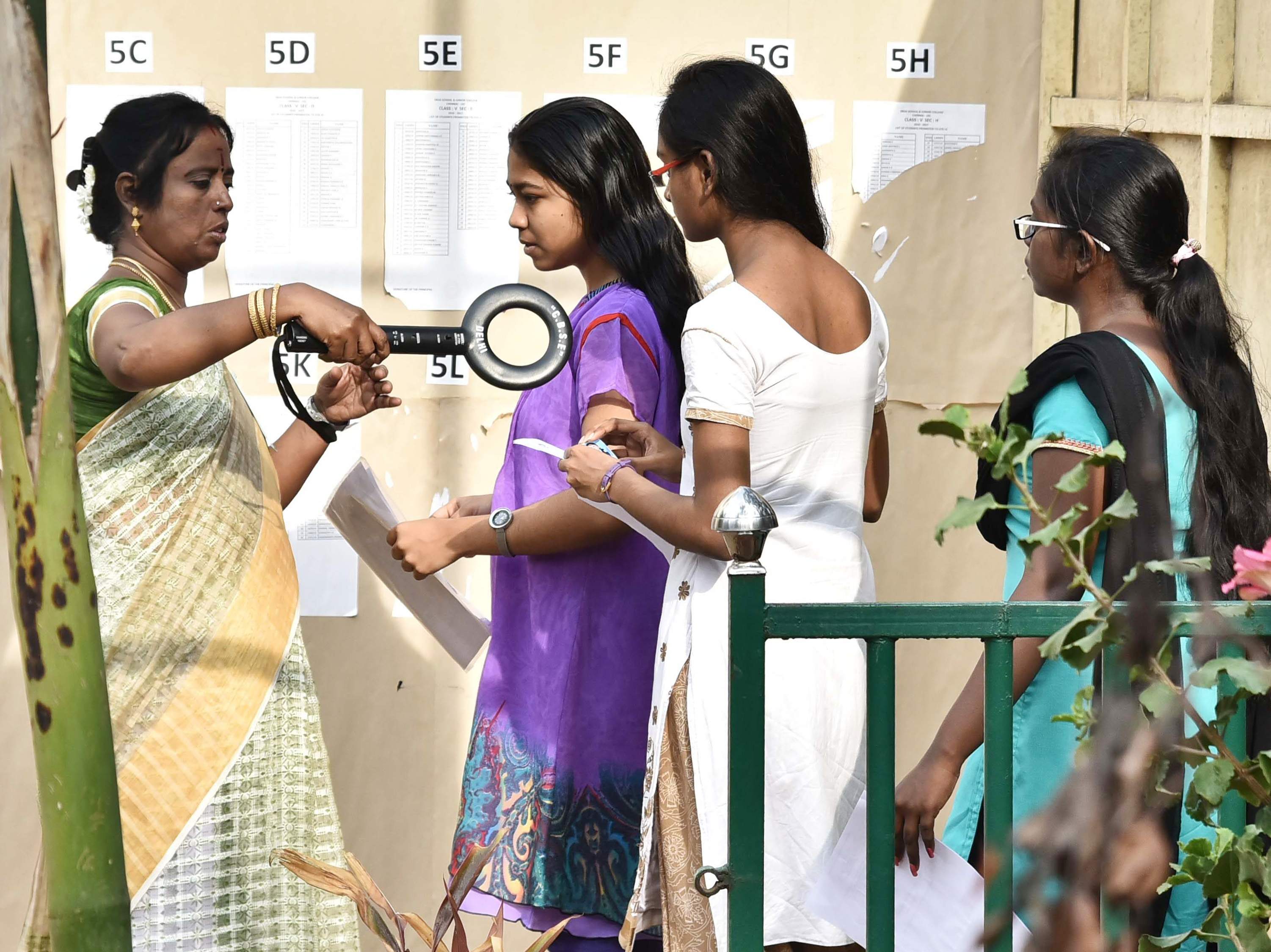 Checking in: CBSE defends itself for NEET's strict dress code saying it's to maintain 'sanctity'

"In order to secure the sanctity of this prestigious examination and to do justice to the genuine and sincere students and parents, CBSE has left no stone unturned to conduct the exam in a fair manner," she said. Unaware about the dos and don'ts, many students faced a piquant situation in various parts of the country while appearing for the NEET on Sunday with the invigilators asking them to remove their inner wear, cut sleeves of their tops, change denims and much more.

While an 18-year-old girl from Kannur alleged that she was asked to remove her inner wear before sitting for the entrance test, another candidate was asked to remove the metal buttons on her jeans. Several boys wearing full sleeve shirts were told that only half-sleeve shirts were allowed in the examination hall. Left with no choice, the candidates had to "customise" their clothing as per the norms. Some others wearing shoes had to dump them for the sandals of their parents.

Over 11 lakh MBBS and BDS aspirants appeared for NEET on May 7 at over 1,900 centres across the country. As per the rules sanctioned by the CBSE to prevent cheating, the students should bring their admit cards along with the required documents only. The don'ts include big buttons, brooches and heeled shoes for female candidates and kurta-pyjama, full-sleeve shirts and shoes for male candidates. The candidates are also not allowed to carry electronic devices inside the exam centre.