How can I feel safe in a country where people call me 'kalu' and ask for drugs because I am black: An African student tells us about the racism they face in India

Everybody is outraging over the attacks on a Nigerian student in a Noida Mall. But what's it like living as an African student in India every day? One of them tells us what it's like living in fear ​

I am a 22-year-old student from Angola. I've been in India for 2 years in New Delhi as a student. To tell you the truth, of course, I don't feel safe here. Ever since I arrived in India, I remember the date because it is etched in my memory, April 12, 2015, I've been having many problems because of the different colour of my skin.

In India, the problem is not being a black person, but being a black person from Africa — because I've seen that some Indians have a big problem with people from Nigeria. It's evident in the way they behave. When an Indian meets an African, the first question is: Are you from Nigeria? Oh lord, Africa is not only Nigeria. Africa is a big continent with 55 different countries and cultures. Voice Up: African students protesting against the attacks a few days ago

How can I feel safe here?

How can I feel safe in a country where, at night, when I am walking alone on the street, people come to me and start to call me "Kalu" and many other bad names?

How will I feel safe in a country where people stop me and ask if I am carrying drugs, just because I am black?

How can I feel safe in a country where I go to a pub and the security guards and bouncers stop me from entering because I am black and African?

Unfortunately, what people in the world outside see and hear about India is not even close to the way they make you feel when you are here in India. The media show India as a happy country full of traditions and equality to anyone, but it is not true. Being here, I know now that it's the opposite. This is one country where they don't respect women. 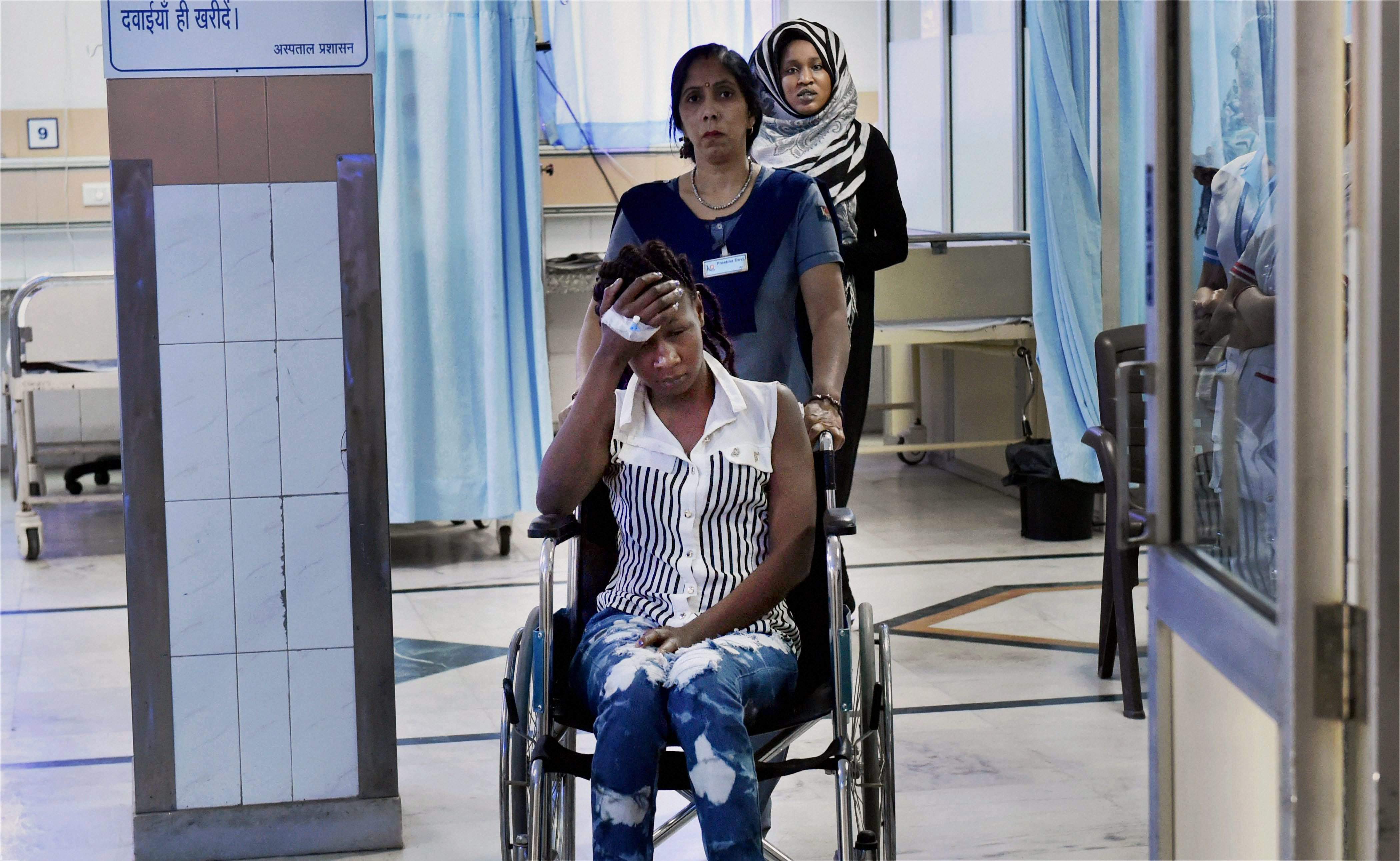 Attack mode: A Kenyan student was attacked in the capital, again

I'm not here because I love this country...

You may ask why I am still here if I have so many issues with this country. I am here not because I love the country, but because my goal is to study. But being surrounded by these bad people has made me think ill of all Indians. To tell you the truth, I know good Indians too who give me the power and motivation to change my mind about what I think about India.

In India when you are African you know that there is no law or police to help you or save you.

And I've seen many examples of attacks in African black people by Indians. I have seen the sad situation in Greater Noida where my African brothers are being beaten up even in the street and inside a mall, and no cops appeared to help them. It's not the first time where people attack an African black guy and the cops didn't help. We have many other examples in differents cities such as Bangalore and Chennai. We hear about some of those and some others are just hushed up. 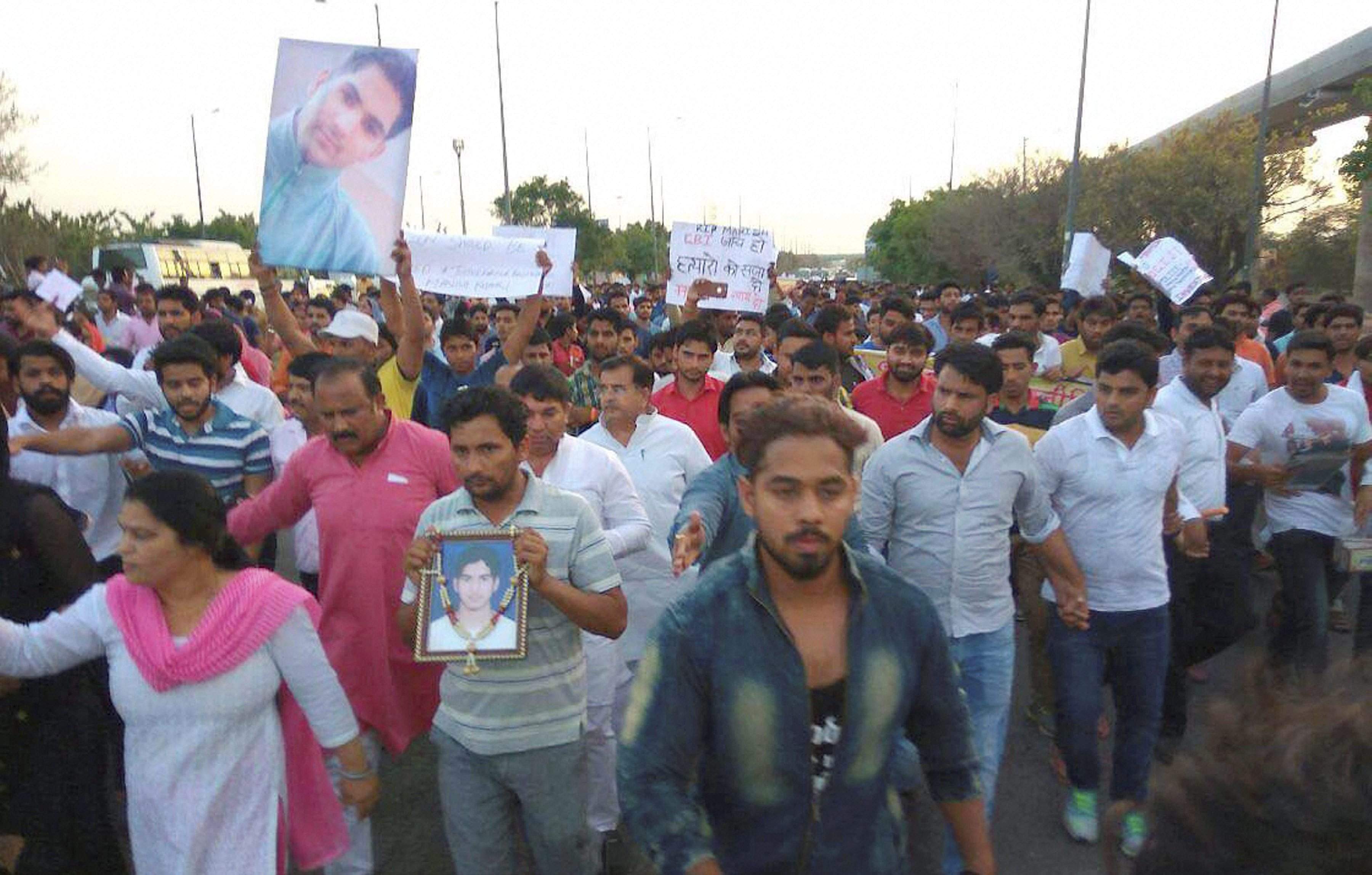 Flak back: Protests rang out after the death of a youth in Noida | PTI

Looking at some of the accusations that are being flung around in Noida, how is it possible for a kid to start using drugs and die of an overdose without the parent knowing or doing anything about it? Why didn't they stop this kid before? Why didn't they give him a better education that kept him away from drugs?

Why do people have to resort to kangaroo justice in a country that they say is democratic and has laws and claim that everybody is welcome? If the African guy suspected to be a drug dealer had been an Indian, do you think Indians would fight against each other because he sold drugs to a kid? It is so sad that this is the scene in a country from where someone like Mahatma Gandhi, someone who was against violence and people being so aggressive, was born. Have they not learned anything from this great leader?

An African Student in India

I just want equality for everyone — no matter the colour of their skin, country or religion, I just want people to see each other as human beings.

We Africans, some of us behave badly too, I admit it. But I just want Indians to try and treat us a little more decently and normally like they do for a guest — as they do with white people.

Thanks, peace and love,

(The author of this piece wished to stay anonymous for safety reasons. We respect his privacy)