We speak to Vinodh Baluchamy, who's teaching an experimental process called chlorophyll leaf printing to students at the Cuckoo Forest School

Did you know that the chlorophyll in leaves can be used to print images on it? A scientific process, chlorophyll leaf printing is an experimental form that is being practised by photographer Vinodh Baluchamy. Not only is he practising leaf printing at his experimental Yaa Studio, he is also teaching the process to the students at Cuckoo Forest School. "Children are so engrossed in the virtual world that they are disconnected from nature. Through these experimental processes, children will be able to reconnect with nature," says Vinodh.

So, how does the chlorophyll printing process work? Vinodh explains, "A negative film is placed on the top of the leaf, a sheet of glass is then placed on top of it and exposed to sunlight for anything between six hours to a week. The duration of exposure varies from one leaf to another. As we experiment with more leaves, we learn how much time they need for the printing process to be completed." Experimenting with the leaves has led the students to expand their creativity and also makes them immensely happy, states Vinodh. From photos of Mahatma Gandhi and Buddha to a tribal girl, all kinds of images can now be found printed on leaves. 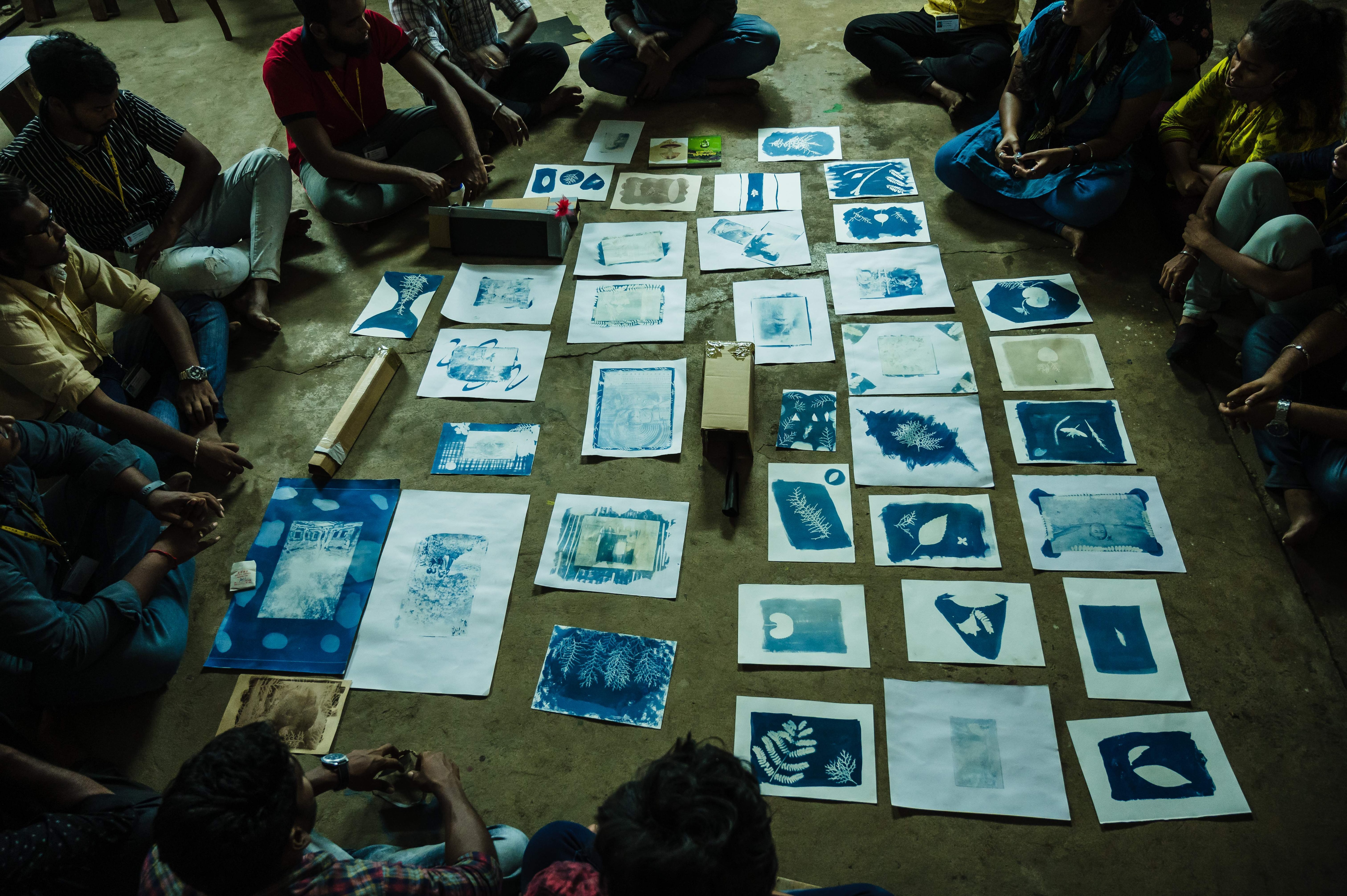 Yaa Studio specifically focuses on experiments with photography and light. "We have worked with a pinhole camera and also cyanotype printing," says Vinodh. During the leaf printing and other experimental workshops, Vinodh encourages his students to get up early, watch the sunrise, go into the forest, collect seeds and then, come back and begin the class. "After a while, the children are so connected to nature that they also end up teaching me so many things," adds Vinodh, who is a Visual Communication graduate from Hindustan College of Arts and Sciences. At the Cuckoo Forest School, Vinodh is now working on a syllabus based on light for the students that will include everything from photography, videography and printing processes associated with light.

While Vinodh learnt most of what he knows from the internet and books, he was introduced to these concepts by some experts. "Edson Dias, a photographer from Goa, was the first person to teach me how to shoot with a pinhole camera. Later, I also came across someone who had been taught cyanotype by Thierry Cardon, a French photographer who had come to Tiruvannamalai. He taught me the process of cyanotype and later I used what I learnt to develop the leaf printing process at Yaa Studio," explains Vinodh. Vinodh is a self-confessed phone addict. "It is a problem with everyone nowadays. But through these experiments, we are hoping that even if it is for just a while, children will be away from their gadgets. Processes like cyanotype and leaf printing can also be therapeutic in nature. Since it's a long process, it can help relieve stress," says the 37-year-old. He visits the school once every week and conducts leaf printing classes for the students.