In Kodagu, this independent researcher is working with local tribes and children to protect this precious habitat

Neethi Mahesh has dedicated a lot of years to researching the riparian habitats of the Kodagu district. She is currently working with a tribe of honey collectors and students for better results

Just like we hardly think of women when it comes to research in niche fields, one rarely thinks of fish when it comes to conservation. Neethi Mahesh is changing both mindsets. "Yes, the Government of India does have a Department of Fisheries, but its concern is with commercial fishing, rearing, catching and so on. When it comes to freshwater fish, quite a bit of work has been done in the past, but we have barely scratched the surface when it comes to ecology," says Neethi. And the fish that has caught her academic interests is the migratory fish mahseer that dwells in riparian habitats, the area of interface between river and land, of Kodagu. One thing to note is that they don't only dwell here. It's part of the river habitat and plays an ecologically vital role.

The 37-year-old's journey started at Agumbe Rainforest Research Station where she was volunteering for the King Cobra Telemetry Project (a project to understand the ecology of cobra) in 2013. It was then that she heard about mahseer, their dependence on freshwater and how they migrate in the monsoons. While the river Seethanadi in Agumbe was not an ideal option to carry out research, she shifted to Kodagu and currently works at Dubare Reserved Forest. "Why mahseer is important is because it is a strong indicator of the river ecology itself," asserts the researcher who was assisted in funding for her research by the WWF India and The Rufford Foundation in 2015 and The Conservation Hero Grant by The Habitats Trust in 2019. 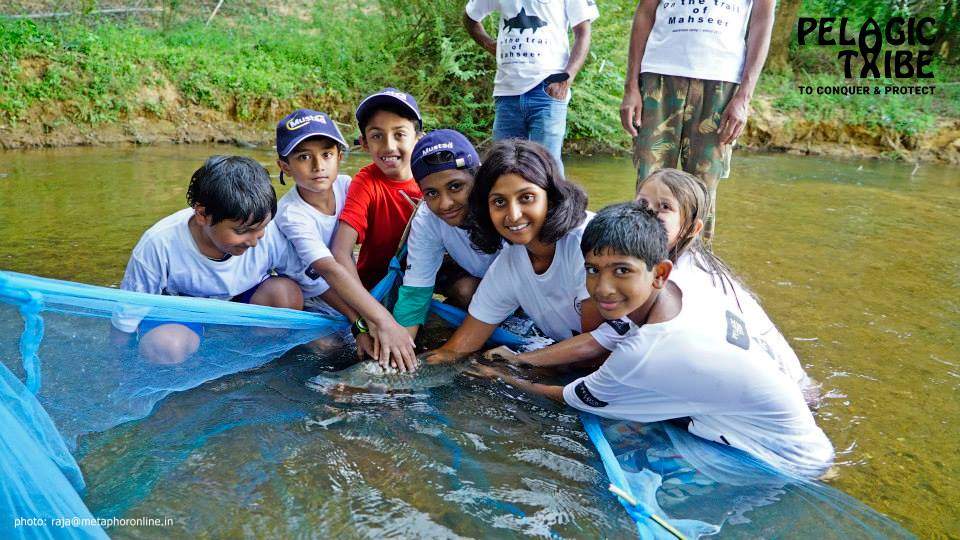 River bank modification, land-use change, dam proposal and more — there is a lot that threatens riparian habitats, which are majorly responsible for diverting flood water downstream. Invariably, the native species are threatened too. Hence, she has also been working with the native Jenu Kuruba tribe, who are traditional honey collectors, to preserve the local species. To this end, they started a seed bank and a nursery along with executing plantations of local species, all with the support of the Karnataka Forest Department. "The tribals were shifting to planting commercial species because it gets them the money, but a lot of time was spent on making them understand that their indigenous knowledge and skills are valuable. And unless it's not documented, we will never know about it," says the independent researcher who hails from Bengaluru. They have identified 12 species, as of now, that are important and have so far collected six to seven species. "One of the species that we are working for is a kind of river jamun (plum) that grows during the monsoon and drops into the river where, via observation, we can confirm that mahseer and other omnivore and herbivore fishes feed on it," she explains.

What we love best about what Neethi is trying to do involves government school children as well. "There has been environmental generational amnesia and the new landscape is normal to them. We are trying to get them out in the open, teach them how to test the water in the river, how fertilisers affect it and so on," she explains. But what she is most excited about currently is her soon-to-be-launched portal Our River, Our Life. "It's a river-monitoring page. One can upload their quality report of their location online. It could also serve as a flood-watch. And then there is also her Voices from the River blog, where people can share their river stories," she informs. It surely sounds resourceful. Her area of research
Spatial ecology is the study of the spatial area occupied by a species. The species' relationship with the habitat, other species and so on are studied in detail. It is also the study of the species' own microhabitat and what affects it. Some of the courses that can help you understand more about this are:
- Graduate Certificate in Spatial Ecology from Michigan State University, US
- Computational Methods in Ecology and Evolution (MRes) from Imperial College, London