These two best friends created the Malayalam version of Cards Against Humanity, which aims to bring together people through a good sense of humour and nostalgia

Here's something you never knew you needed: A Malayalam version of Cards Against Humanity! Yes, named Malayali Aano, the game comes with the same sense of humour and a generous sprinkling of profanities that any fan of the game has come to love. Co-founder Rose Mary Jacob has had a set of the original game for more than five years and has brought life to innumerable house parties, thanks to them. One of the last games she played was right before the lockdown and she vaguely remembers thinking of how great this would be to play in her own raw, unfiltered mother tongue.

Her business partner, Sona Harris, was quick to catch on to the idea. "Malayalis all around the world, whether we know the other person very well or not, connect through our culture, politics, movies, the lay of the land and stuff like that. You find yourself immediately talking about where to get the best parotta and beef! More than any other culture, we're scrambling to find things in common even if the person is a stranger to us," says Rose. 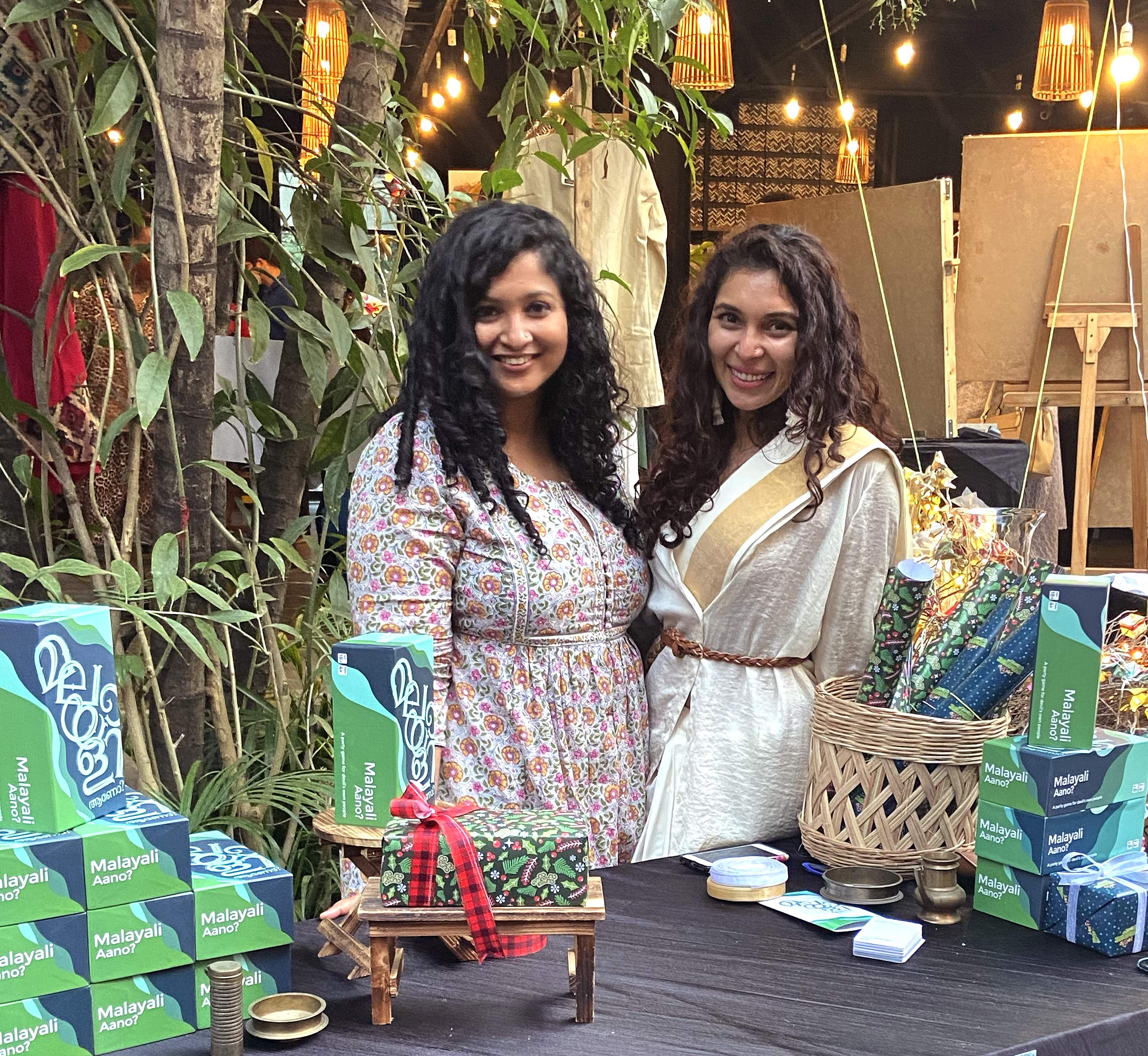 Both settled in Bengaluru, Sona and Rose remember the exact night when they decided to design the game that they desperately wanted to play. Rose explains, "The lockdown was only beginning to ease and I went to Sona's place after many months. It just so happened that we had this very complex rapport. It was about watching classic Malayalam movies throughout the lockdown. These might be films that we'd seen 15 times, but we watched it because it gave us comfort. The conversation ended there. But the very next day, Sona called me and said 'let's do it!'."

In June, the two of them started to expand on their idea. It began with a few all-nighters where they remember just thinking of every Malayalam one-liner or movie dialogue that they could think of. After filling over 20 pages and adding from their research about slang and traditions, they had a gold mine of relatable humour. Once they'd gone over the material, they knew exactly what was going to make people want to play the game: Nostalgia. Countless Keralites scattered around the world and the country were yearning to find something that could transport them back to their homeland. 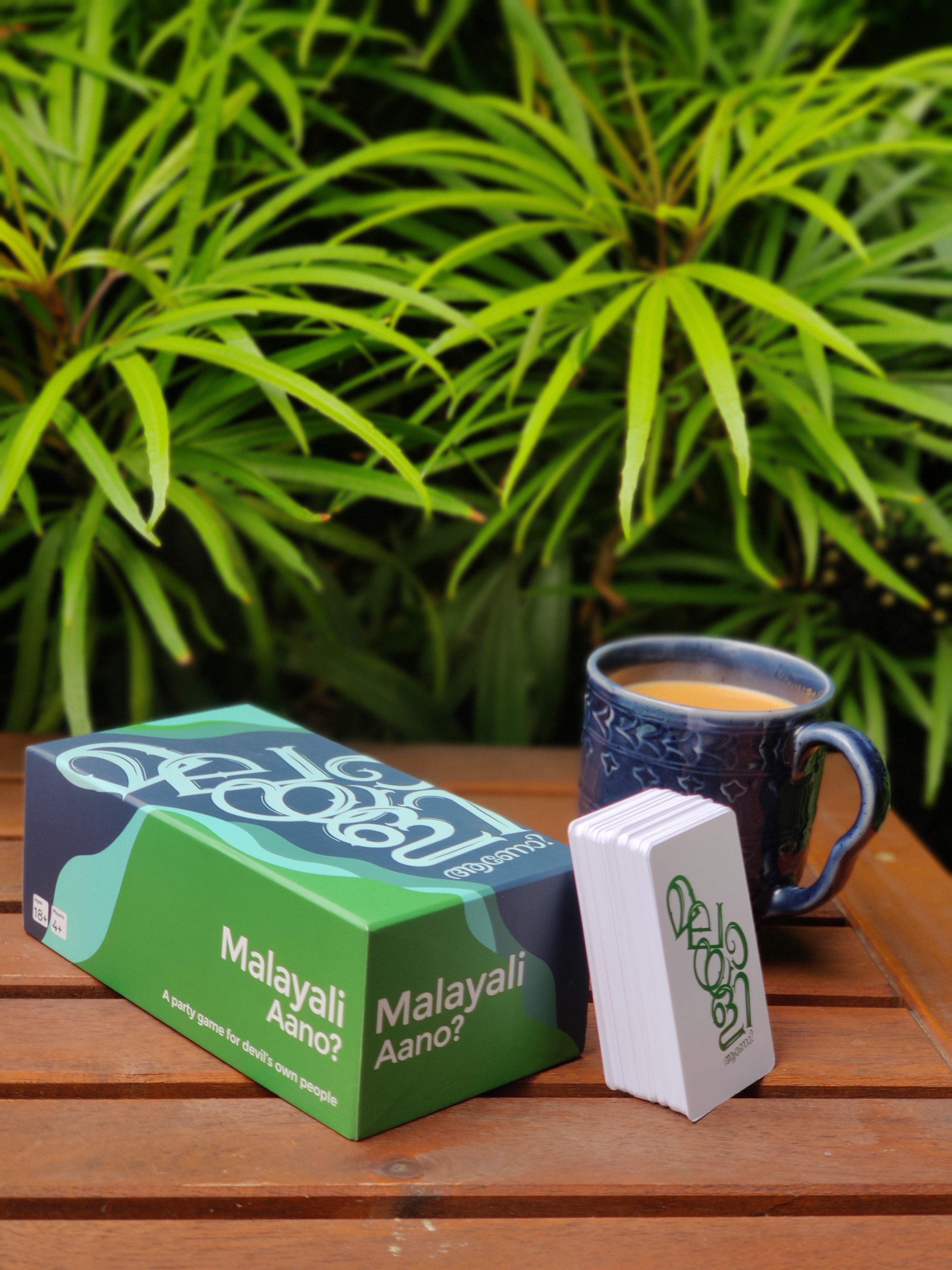 Around 75 per cent of the content that went into the game came from that first brainstorming session. They also began developing different categories, making sure that there were at least five perfect answers to each question, keeping in mind the algorithm that makes Cards Against Humanity work. The game also has a few cards that give it an 18+ rating, giving people the option to take them out when playing with older or younger members of their family.

Another element that makes the game work is, in Rose's own words, cringe. "We also wanted to include some of the cringy things that our mothers, fathers and grandmothers end up saying. These can be so patriarchal that our generation or the one before is like, 'Did you seriously just say that?'. That's the kind of culture that they grew up in and they are not exactly ready to understand why it's wrong. Look at some of the films we love like The King or Commissioner. We used to watch them with awe because our favourite superstars were in them. But revisiting them now brings so much to light."

She continues, "We wanted to find the reason why people are stuck with this mentality. And we felt the best way to do that was through humour. We wanted to include the good and the bad. These are things that every Malayali is familiar with. And Malayali Aano is about the beauty, the culture and pop culture that binds us together. Let people use their creativity to come up with their own answers."