Theruvoram, which travelled across 8 districts to rescue and rehabilitate individuals who needed shelter, is in urgent need of financial support

Over the course of the lockdown, an NGO in Kerala worked to rescue and rehabilitate 1005 homeless people from across 8 districts in the state. Thanks to the support of the police, health and social justice departments in each district, Theruvoram was able to save countless lives that were left in the lurch when the entire country was shutting down owing to the pandemic. Having worked tirelessly over the past year, the founder, Murugan S Theruvoram expresses that they have reached a dead end. In the absence of financial support, the organisation is facing the end of the road.

Theruvoram did not do what they did with the help of generous benefactors or government funding. It was all thanks to a battered old Maruti Omni that Murugan used to own. He says, “Towards the end of 2019, I lost my van in an accident. This van was one of my most prized possessions and had helped us save many lives.” 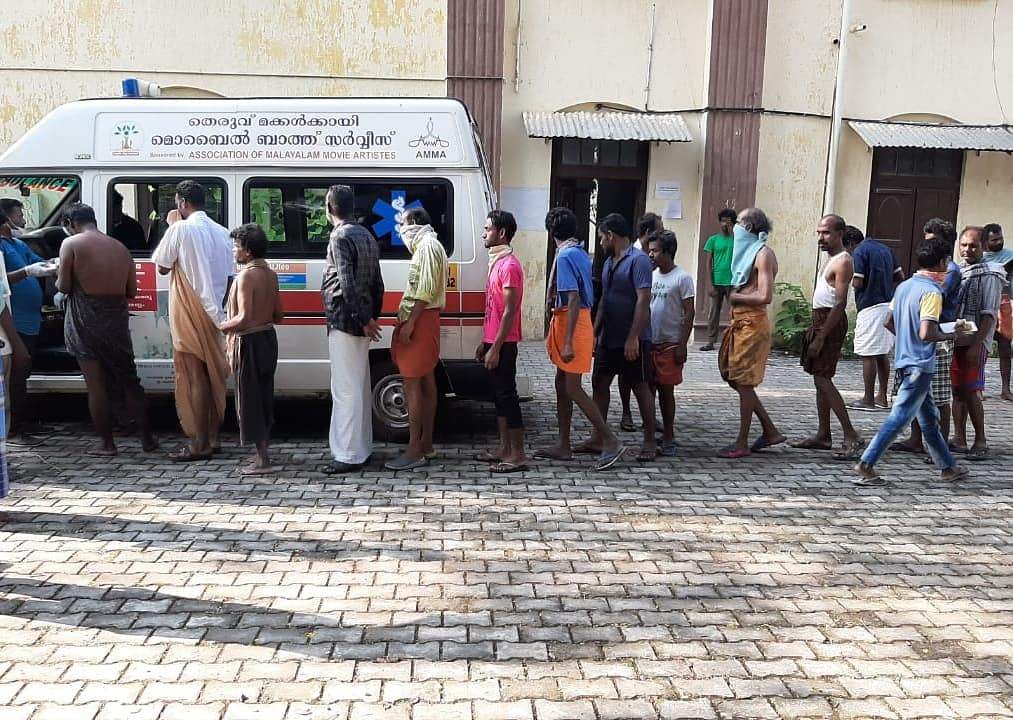 In January, he received 2,80,000 Rupees as insurance for the van. And coincidentally, the pandemic had begun to make its way into Kerala. Murugan explains, “I saw that people were wandering the streets without anywhere to go.  Many people found themselves completely helpless and there was nothing available to buy. We were heading towards a complete lockdown. At this time, I didn't really know what to do. At this time, the Ernakulam District Collector S Suhas called me. He said he wanted my help to rescue people on the streets and provide them with food.”

He continues, “The funny thing was that no one had any idea of how many people were out there. There were no statistics that I could use. In Ernakulam itself, there were more than 1000 people. When I told the Collector this, he was surprised. They called a meeting to offer food and collect money. He got back to me and said that we would go wherever help was needed.“ The calls began flooding in. Murugan and his team decided to visit each police station and gather those who needed shelter with the help of two ambulances. The district authorities and police department allowed the team free rein, using which they received documentation that allowed them to travel despite the restrictions of the lockdown. Other than a few people who contributed to the cause, the whole mission, including fuel and other emergency resources came out of Murugan’s insurance money.

Over the year, they reached 8 districts in Kerala including Thrissur, Kollam, Alappuzha and Palakkad. In each place, they found over 40 people who were in need of help. The team bathed them, bought them essential items and dropped them at nearby camps. These included Thrissur Mental Hospital, Kottayam Medical College and various other rehabilitation camps. A number of households also contributed by cooking meals that Murugan would collect and offer to the homeless. 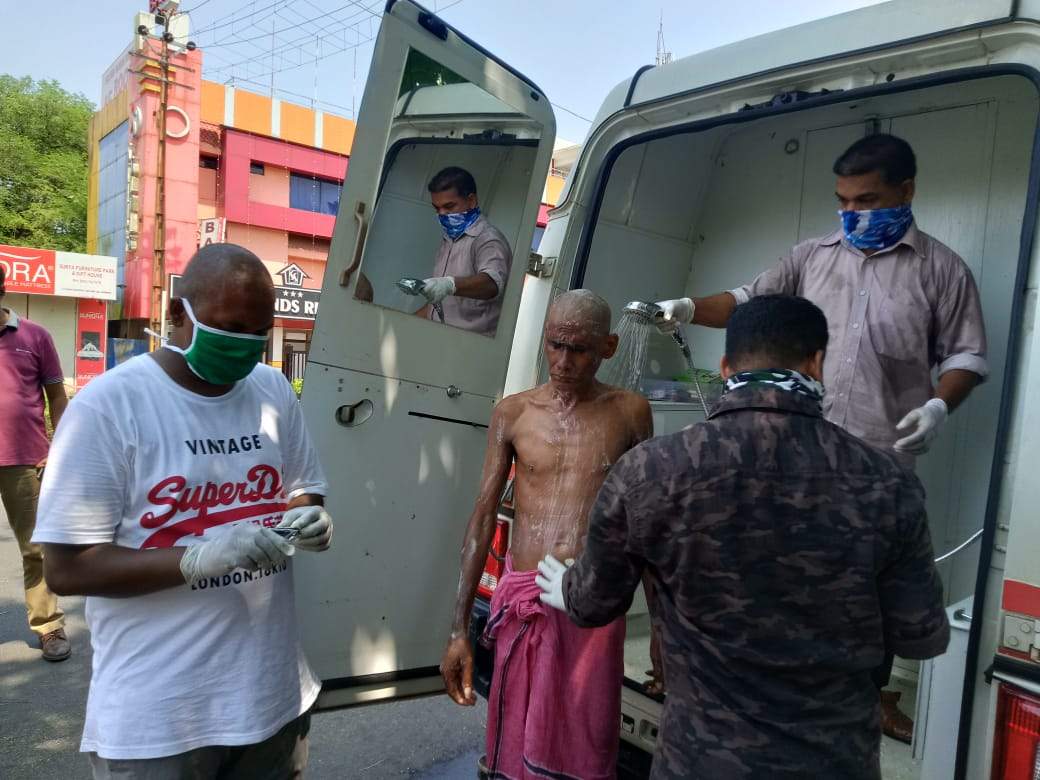 HEADED HOME: Organisations have stopped taking
people in due to the pandemic

“It was at this point that we ran out money,” says Murugan, “We were not even able to use the ambulances. The sad part is that we don’t know if we can go forward. What we are doing even now is helping in any way we can. Even now, there are double the number of people on the streets. Due to the pandemic, orphanages and other organisations are not accepting new people. These are old, sick and frail people who need a lot of medical attention. We are not able to do that on our own. We barely have the funds to scrape through ourselves.”

Murugan and his team continue to help anyone who reaches out to them. But they need immediate support in order to do what they set out to. It would take at least a sum of 5000 rupees to be able to rescue a single person. He doesn’t ask for much, he simply says, “These people need to be seen. They need your attention. They don’t even have the good fortune to be locked down in in their homes. All I ask is for you to take a good look at your fellow human being. The rest is up to you.”