Max designed and coded the game himself. While coding was the hardest part as he was fairly new to it, pixel art was easy because he had experimented with it for a year before

The year 2020 was not just a bad year. It was so remarkably bad that it will be hard to forget. And Russian game designer Max Garkavvy's Mario-like game is the perfect way to remember the events that rocked the year.

The game is browser-based and you can play it on your desktop or your phone. The protagonist has to cross obstacles, collect supplies and masks to eventually reach 2021. It has everything from the Australian bushfires to TikTok to the Trump-Biden Presidential Race and obviously Coronavirus. You start off in 2019 and get to Australia, then the forest around you starts burning. When you reach 2020 the Corona attack begins. You can get masks to protect yourself, collect toilet papers and get back home to quarantine. But before that, the stock market crashes and you have to save yourself from it. A series of incidents follow and you end up safe at home.

But a surprise awaits, setting a premise for a game in 2021."I was researching marketing for my future projects and stumbled on the example of successful growth hacking. Someone made a game where you can throw a shoe at (President George W) Bush right after such an incident had happened. And this game went viral! I started thinking, 'Can I make something similar?  What recent event can I make a short game about?'. While researching the events, I realised that so many outstanding things have happened during 2020 that I can just make a game about the whole year," says 24-year-old Max, who lives in Moscow. Max also tells us that he has been offered a job at Google and Facebook because of this game. How cool is that? 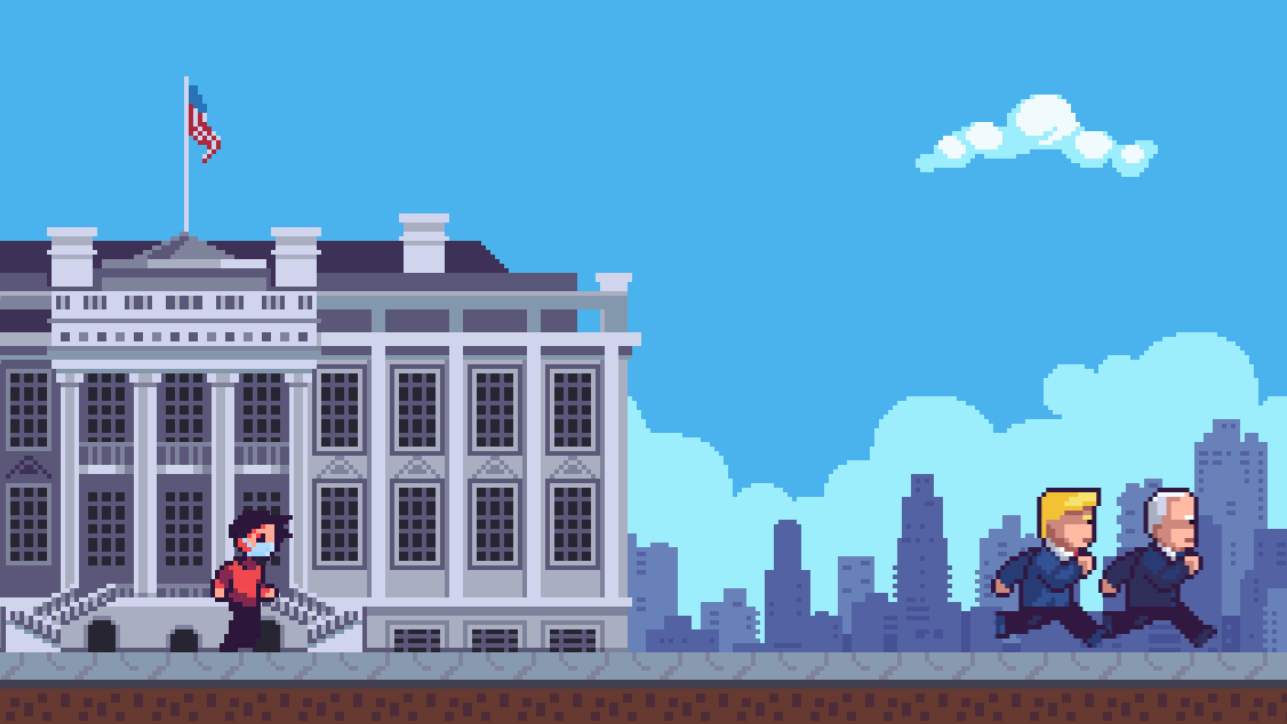 Max designed and coded the game himself. While coding was the hardest part, as he was fairly new to it, the pixel art was easy because he had experimented with it for a year before. "It took me six months to learn coding from scratch in order to do that. Phaser framework is what I used to build the game," he says. "This is my first game. I missed my birthday and New Year to finish it before the end of the year. More than 2.5 million people have played it. Around half of the players are from Spain, the game really went viral there," adds the young developer who wants to quit his "boring office job in a big corporation" and pursue his passion for game development.

Max is a graduate from the HSE University in Moscow. He had also been to Qatar to participate in the Arab Innovation Academy, where he was mentored by entrepreneurs from the USA's Silicon Valley. "I have a lot of ideas for future games, but I didn't decide on which one I should do next. I received more than 6000 donations from people all over the world. Gross donations are almost $40,000 right now. That money will allow me to live my dream now, says the Dark Souls fan who claims to have played it countless times and analysed it too.