Developed by Odisha-based Abhisek Padhi and Asit Mohanty, SubNub is going to take the social audio space by storm very soon. Here’s the lowdown on all that you can expect from this new sensation

Move over ClubHouse, there is a new social audio platform in the house and you've got competition in SubNub. If you are familiar with social audio platforms, don't be too quick to dismiss SubNub as a clone because it takes the game way ahead, and it's just two weeks old. The faith Abhisek Padhi and Asit Mohanty have in SubNub, which was back then a figment of their imagination, urged the entrepreneurs to quit their jobs in August 2020 and put all their might behind the idea. We were among the lucky few to be invited on to the platform and we have to say we are very impressed. 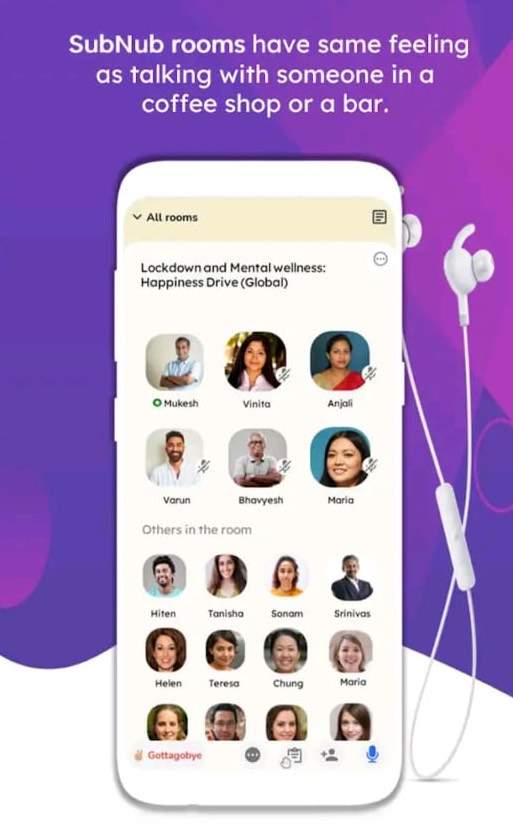 After all the login formalities, we were taken to a screen where we could choose a topic and accordingly, enter a room. And if you are curious enough to learn something new and hear the opinions of people, you can start a room of your own too. "People are usually vocal on other social media apps as well, but their comment sections invite excessive trolling. This audio and invite-only platform intends to keep that at bay," explains Asit. The no-video policy was also completely intentional. Turning on your video comes with its own anxiety and, honestly, how many webinars have we been in where most of the videos are turned off anyway. Going audio-only democratises the space further and ensures that people are more focused on listening. We hear that even MBA and UPSC aspirants are making the most of the platform to have healthy discussions on topics related to current affairs.

One room can admit 6,000 people, unless it's locked, and have about 25-30 speakers. You can hop in or out of conversations as you speak and host or schedule your own room. To ensure privacy and make sure that security takes the utmost priority, no one can record the conversations that go on in the room, they are all automatically erased. The most important component of all, this is a pure Made in India product. That's why they don't want to contend with other platforms on the basis of features, but on the basis of content. "There is US-centred content on other international platforms, we want to promote and focus on the country's content," says the 23-year-old. 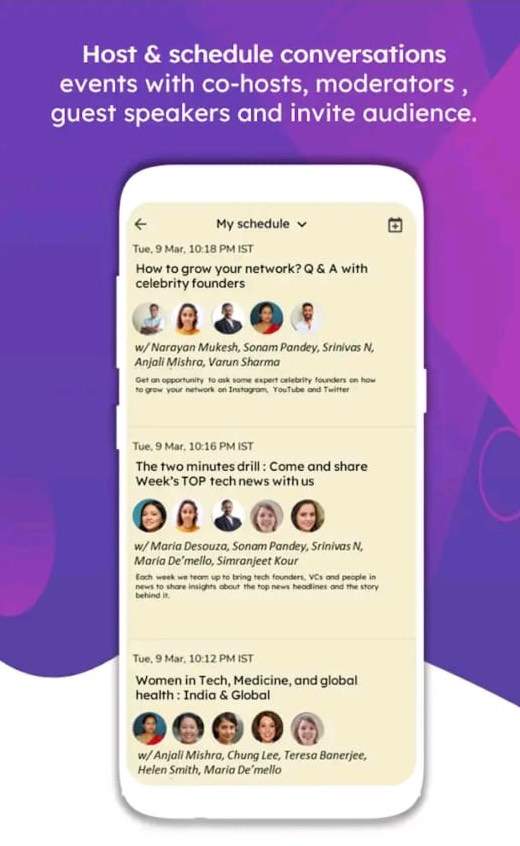 The development of SubNub took a little longer than expected thanks to the pandemic, but it did not impede them for too long. "We were just the two of us assisted by a couple of interns," says Asit who finished his Bachelor's in Business Administration from Sri Sri University (he met Abhisek back when he was studying at KIIT). Coming to the rooms itself, the Bhubaneswar-based youngster says that, "They are casual in nature and the moderator of the room usually sports a green badge. They also have all the control, which includes making someone the speaker, bringing someone on to the stage or muting and unmuting others." If anyone from the audience wants to speak, they can raise their virtual hand.

If you follow someone on SubNub, whenever they start a room, you will be notified

Available on both Google Play Store and Apple Store, they have about 800 cumulative downloads. "Next, we want to host the world's first audio summit and secondly, have local leaders like community heads and district administrators interact with their people via our platform," he says and signs off.

For more on them check out sn.sb/install